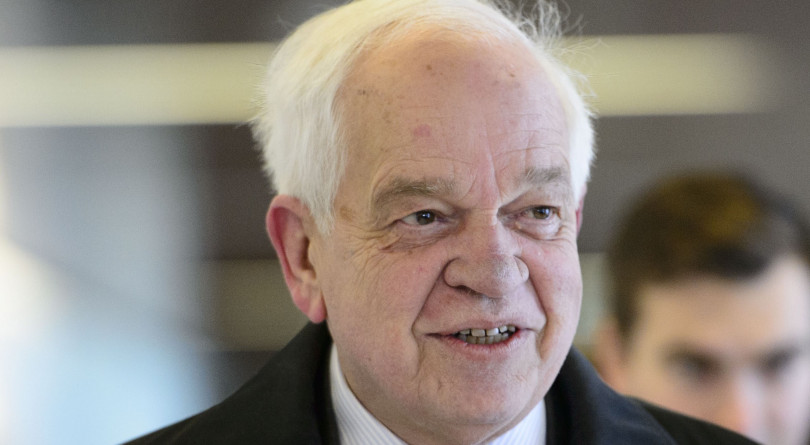 Best of times/worst of times: There’s something for both the Liberals and Conservatives in a new poll about the state of the economy. The poll by Pollara Strategic Insights found six out of 10 Canadians are confident a middle-class life is attainable for them through hard work, yet a rising share of Canadians (15 per cent) are falling behind on monthly expenses while 46 per cent say they’re just getting by. With Canadians upbeat about the economy but jittery about their own prosperity, John Geddes looks at how the parties will position themselves:

A generally upbeat popular mood about job security and the economy as a whole, combined with a more jittery feeling about personal financial wellbeing, creates a complex backdrop for the political campaign leading to the federal election set for Oct. 21.

“If you’re the government, then pointing out that you are making record-breaking strides in terms of jobs and growth in real wages is something you should absolutely do,” said Pollara president Craig Worden. “At the same time, both incumbents and opposition parties need to speak to people about new solutions to make life more affordable.” (Maclean’s)

You wouldn’t want them in power: Providing further fodder to Conservatives who believe the Trudeau Liberals are a wholly-owned subsidiary of the Communist Party of China, former ambassador to China and Trudeau appointee John McCallum urged Beijing to cool it with the Canada bashing, lest it lead to the election of a Conservative government less satisfactory to China. Speaking to the South China Morning Post while in Hong Kong, McCallum said “Anything that is more negative against Canada will help the Conservatives, [who] are much less friendly to China than the Liberals.” (SCMP)

Another former Canadian ambassador to China slammed McCallum’s comments. David Mulroney tweeted: “A one-time Canadian ambassador urges China to ease up on Canada as the best way of keeping the Liberals in power. This is appalling in so many ways.” (Twitter)

Help wanted: Canada’s military is once again without a second in command. Lt.-Gen. Paul Wynnyk called it quits in a stunning letter he sent to Chief of the Defence Staff General Jonathan Vance, citing Vance’s decision to push him aside to reappoint Vice-Admiral Mark Norman, only to reverse course when Norman reached a settlement with the government and retired. Wynnyk reminded Vance that he had agreed to postpone his retirement to take the position after Norman was suspended because of breach of trust allegations that were eventually dropped. In the letter obtained by Global News, Wynnyk said Vance told him his “services are no longer in the best interest of the Canadian Armed Forces” when it looked like Norman might return. Then when that didn’t happen, he wrote, Vance told him he could stick around. “While I appreciate the change of heart, I respectfully decline and intend to take my release from the Canadian Armed Forces as expeditiously as possible.” The problem: there isn’t anyone ready to replace him. (Global News)

On the road: Jagmeet Singh hit the road Tuesday for a weeklong tour through Ontario. Or more specifically, Liberal ridings in Ontario he’s hoping the NDP can steal away this fall, including Toronto’s York South-Weston riding, Ottawa Centre, Welland and Jack Layton‘s old stomping ground, Toronto-Danforth. Then next week he’s off to Quebec. Maybe he’s avoiding Svend.

Two thumbs down: The Liberals are once again using abortion rollbacks in the U.S. as pretext for dire warnings about Andrew Scheer and the Conservatives. Guess there’s more than one bad movie in town, writes Jen Gerson.

Thanks to loosening restrictions on Mifegymiso, the abortion pill approved by Health Canada in 2015, access to early abortion has quietly expanded, even under Conservative premiers like Brian Pallister in Manitoba and Scott Moe in Saskatchewan.

Of course, this doesn’t mean forward momentum is inevitable, or that the Conservatives at the provincial level can be trusted to refrain from rolling back access to Mifegymiso, for example. Conservative provincial governments toyed with attempts to defund abortion services in the ‘90s and failed. They may try again, though such an attempt seems doomed before a constitutional challenge.

On the federal side, a federal Conservative government might allow another private members’ bill. These moves should be opposed, if they ever come about, but the practical threats they represent to abortion access should be kept in context.

Warning system: We now know the process by which Canadians will be alerted if foreign interference in the election is detected. Under the rules released by cabinet Tuesday, a decision to alert the public to possible interference must be approved unanimously by a non-partisan panel of bureaucrats made up of  “the Clerk of the Privy Council, the national security adviser to the prime minister, the deputy minister of justice and deputy attorney general, the deputy public safety minister and the deputy foreign affairs minister.” Then the Prime Minister, the party leaders and Elections Canada will get a heads up that an announcement is coming. (Global News)

The alert system will be used sparingly, according to officials. “The threshold [for warnings the public] is high because you can’t have a situation where the panel’s intervening like 20, 30 times. That in itself is a disruption to the election. It has to be a last resort, not a first resort.” As for whether there is any evidence foreign agents have begun meddling, “At this time, we haven’t seen direct threats to the 2019 general election.” (CBC News)

Perhaps a bailout would help?: Bombardier is back to doing what it does best, aside from building planes and trains — cutting jobs. The company is expected to slash half the jobs at its Thunder Bay, Ont. train plant, 550 positions in total. (Globe and Mail)

Data theft: Members of the House of Commons public safety and national security committee will head back to Ottawa in the next week or so for emergency meetings about the massive privacy breach at Desjardins Group, which saw an “ill-intentioned” employee share the private information of more than three million customers. Committee chair and Liberal MP John McKay is keeping expectations muted: “I don’t know what the solutions are. There will be no magic fix, that I can see, anyway,” he told CBC. “We will certainly be listening to all witnesses, and certainly if there’s a solution out there, we will be recommending it to the government.” (CBC News)

Bernier bros: While in Calgary Maxime Bernier was photographed with men from a group that calls itself the Northern Guard, complete with leather vests, militant patches and brandishing the wink-wink-nudge-nudge-maybe-we’re-white-supremacists-maybe-we’re-trolls ‘OK’ hand gesture. Some consider Northern Guard to be a hate group. Bernier wouldn’t know, his spokesperson said, he just takes photos with whoever wants a photo, though Bernier did attempt to draw a convoluted line at who is welcome at People’s Party of Canada events: “People believe in our values are welcome in our party and people who don’t believe in these values are not welcome in our party and that’s it. I will continue to have open rallies with the population and will take a photo with everybody who wants to take a photo with me … if you’re right, if the media is right, I didn’t do any research on them, I condemn them. I think the people who are racist and doesn’t believe in the Canadian values aren’t welcome in our party.” (CBC News)