Bernard Valcourt: A street fighter heads back to the streets

For the Tory MP—popular in his home province, and armed again with a senior cabinet job—the time for diplomacy with First Nations groups is over 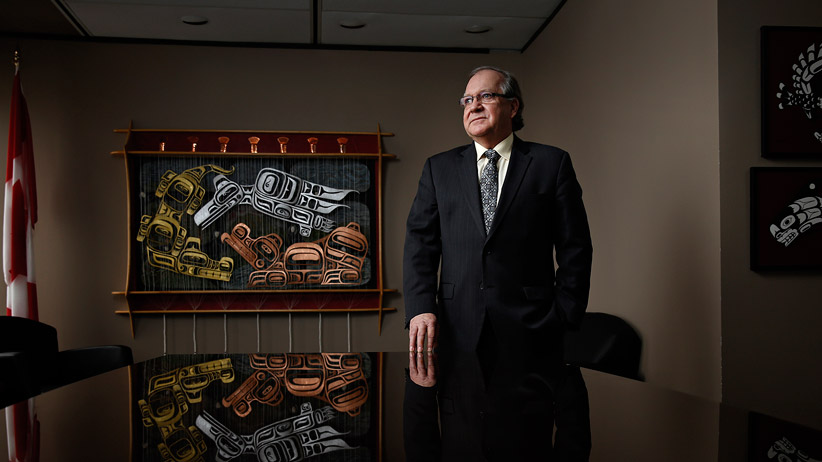 Bernard Valcourt occupies one of the most sensitive positions in the federal government, but you wouldn’t know it from listening to him. As minister for Aboriginal affairs and northern development, Valcourt is responsible for issues as emotionally charged as the persistent demands for a national inquiry into missing and murdered Aboriginal women. He must deal with the fractious Assembly of First Nations (AFN), not to mention the diffuse, demanding grassroots Native leaders who rose to prominence in the Idle No More movement. Yet he is the most blunt-spoken minister in Prime Minister Stephen Harper’s cabinet.

On those demands for an inquiry, which grew louder after 16-year-old Rinelle Harper survived a vicious beating in Winnipeg, Valcourt is hardly diplomatic. “To me, a national inquiry is an excuse for not taking action,” he told Maclean’s. Asked about his expectations for progress between the federal government and the AFN under its newly elected national chief, Saskachewan’s Perry Bellegarde, Valcourt sounds skeptical. “The national chief is very limited in what he can do and the following he can bring with him on any issue.” He’s downright disdainful of the independent Aboriginal voices he calls “alleged leaders, too often self-proclaimed.”

Related:
The Editorial: It’s time for an inquiry into missing and murdered aboriginal women

Yet Valcourt is more than merely pugnacious. He talks tough, but he also likes to talk policy. Although the Prime Minister named him Aboriginal affairs minister only last February, Valcourt brought long experience to the job. He is unique in Harper’s cabinet as a veteran of Brian Mulroney’s, back in the 1980s. Born in the small town of Saint-Quentin, N.B., in 1952, he was part of a generation of French-speaking New Brunswickers who rose to political prominence in the province, previously dominated by anglophones, in the 1970s and ’80s. He was first elected an MP in Mulroney’s landslide 1984 victory. “It was quite something,” he remembers. “You know, 32 years old, you’re going to change the whole world—it was great!”

Valcourt’s big break in Mulroney’s caucus involved him in Aboriginal policy. Named minister of state for small business and tourism, he was handed some Native economic development files. That led to him being named minister of state for Indian affairs and northern development. He focused on building economic development agencies to work with First Nations, which he says instilled in him a lasting conviction that promoting reserve-level business growth is the key to helping First Nations make economic and social progress.

He rose to hold several key cabinet posts under Mulroney—including Consumer and Corporate Affairs, Fisheries and Oceans, and Employment and Immigration—before losing his seat in the 1993 election that decimated the Tories across Canada. He switched to provincial politics, but enjoyed little success as New Brunswick’s Conservative leader from 1995 to ’97.

By the time Valcourt returned to federal politics, winning his New Brunswick seat back in the 2011 election, Ottawa had changed—a lot. The old Mulroney guard he’d known was long gone. How he might be welcomed by the Harper Conservatives was hard to guess. But Valcourt brought at least two scarce credentials: He had cabinet experience and was a francophone in a government with few Quebec MPs. Harper made him responsible for the Atlantic Canada Opportunities Agency and La Francophonie, before boosting him back into cabinet’s senior ranks in early 2013.

It was a challenging moment to be handed Aboriginal Affairs. The Idle No More movement had burst onto the streets only a couple of months earlier, putting pressure on Shawn Atleo, the AFN’s embattled national chief, to secure tangible gains from Ottawa. Through much of 2013, Atleo and Valcourt bargained. Late last year, Atleo imposed five conditions before the AFN would agree to a new First Nations education law. Valcourt responded with an open letter, which seemed to accept those demands. Only a few months later, Atleo resigned—evidently pushed out by AFN rivals who thought he compromised too much before agreeing to support Valcourt’s First Nations Control of First Nations Education Act. It’s left now to Bellegarde, Atleo’s successor, to try to pick up the pieces.

Valcourt isn’t optimistic. “Of course, I will meet with the national chief, but I’m not kidding myself,” he says, adding that Atleo’s failure to bring the AFN with him, despite months of hard negotiating and compromise, is clear evidence of a structural problem in the umbrella organization that aims to represent nearly 600 First Nations. “I don’t think we can hope to be able to get a national solution,” he says. “We’re going to work at the local level with the communities.”

Some Aboriginal leaders credit Valcourt with seeming sincere about trying to make progress with local band councils. Roger Augustine, of New Brunswick’s Eel Ground First Nation, has known Valcourt for many years, and currently serves as the AFN’s regional chief for New Brunswick and Prince Edward Island. “Certainly, as a First Nations regional chief, I don’t agree with everything he says and does, but you have to admire him,” Augustine says. “I’ve described him as a street fighter, not afraid to tackle any issue.” Despite admiring his direct style, Augustine also says Valcourt tends to “express himself in a way that could get him into a bit of trouble.” But he doesn’t think Valcourt is all bluster. “He’s certainly moving the Aboriginal affairs file more than anyone has done.”

One of the most controversial developments under Valcourt has been his implementation of the First Nations Financial Transparency Act. Passed into law last spring, by this fall, it required 582 First Nations to disclose detailed financial information, including the salaries and expenses of chiefs and councillors. Analysis of the filings by Maclean’s found that about 170 chiefs were pulling down six figures, taking into account tax-free salaries and expenses. Although more than 90 per cent of bands complied with the law, some are defying it, and a few are challenging the law in court.

Valcourt argues that the new transparency law should be seen as part of a package of legislation passed by the Tories to bring gradual change to reserve communities. He also touts the First Nations Elections Act, passed into law last spring, which gives bands the chance to voluntarily opt in to democratic reforms—including holding elections of band chiefs and councillors every four years, instead of every two years, the usual practice now, a tempo that keeps reserves in almost perpetual election mode. Valcourt’s interest in local politics comes naturally: He cites watching his father operate as mayor of Saint-Quentin as a formative experience.

Those who have known him longest insist Valcourt hasn’t outgrown his small-town roots. Conservative Sen. Percy Mockler first met Valcourt in the late 1960s, when they were both students at the University of New Brunswick. He remembers Valcourt as a magnetic speaker who was at the centre of many student debates. “There’s no grey zone with Bernard Valcourt; it’s either white or black,” Mockler says. But if Valcourt can be a tough customer, he also has an Everyman manner that’s made him enduringly popular back home. “People say, ‘Bernard Valcourt is like us,’ ” Mockler says.

The question facing Valcourt in 2015 is whether he can translate his reputation in his home province into a productive rapport with local First Nations leaders across Canada. His bid to negotiate a national breakthrough with Atleo on education ended in frustration. He sounds unbending on Bellegarde’s call for a national inquiry into missing and murdered Aboriginal women. That leaves going past the AFN, directly to the reserve and tribal-council level, where Valcourt seems to feel most at ease anyway. “I visit a lot of communities across the country,” he says. “These people know what the solutions are, and they want to get on board. But the politics is such that they stay back and they don’t go public.”

If he is serious about trying to advance his files one community at a time, Valcourt will almost certainly be accused by his critics of following a divide-and-conquer strategy. But for a politician who is described, even by his admirers, as a “street fighter” who sees “no grey zones,” that sort of backlash may only fuel his determination. Far from bringing calm to Aboriginal Affairs, Valcourt seems to have decided that the time for diplomacy between Ottawa and First Nations has passed.