Paul Wells: Trudeau has put a controversial player onto the political battlefield, and the mere mention of his name makes Doug Ford very angry 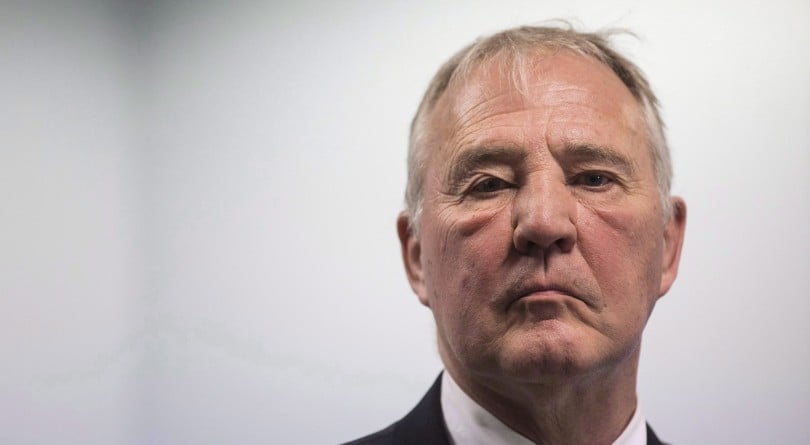 Bill Blair, Parliamentary Secretary to the Minister of Health, appears at an event at the Centre for Addiction and Mental Health in Toronto on Jan. 24, 2018. (THE CANADIAN PRESS/Chris Young)

In appointing Bill Blair, the MP for Scarborough Southwest, as minister of border security and organized crime reduction‬, Justin Trudeau has sent an experienced and controversial player into the political battles leading up to next October’s federal election. But what’s most striking about the new minister is the deep animosity between Blair and the new Ontario premier, Doug Ford.

The feud between the two Torontonians has been a long time building, and dates back to the Toronto Police Service’s extended investigation into the late Toronto mayor Rob Ford, the premier’s brother, when Rob Ford was Toronto mayor and Doug Ford a Toronto city councillor.

Rob Ford, it would become clear, had serious addiction problems. His family was in denial for years. On Oct. 31, 2013, that stance became impossible: Blair called a news conference in his capacity as Toronto’s police chief to announce that the force had obtained a copy of the video showing the mayor smoking crack cocaine. This is the video whose existence Gawker and the Toronto Star had reported five months earlier.

A reporter asked whether Blair had been shocked to see the video. Blair replied, “I’m disappointed.”

That was enough to set the Fords against the then-chief. In a media blitz several days after Blair’s remarks, Doug Ford called for Blair to step aside, accusing Blair of wanting to “go out and put a political bullet right between the mayor’s eyes.”

Shortly after the new year in 2014, cell-phone video surfaced showing a deeply inebriated Rob Ford in a fast-food restaurant, calling Blair and “them all” a succession of obscenities, beginning with “c–ksuckers” and continuing to other terms in Jamaican patois whose precise meaning was the object of some debate.

In February 2014 the Toronto Police Services Board revealed it had received a formal complaint from Doug Ford against Blair. Two things were bugging Ford: a 2012 fishing trip Blair had taken to New Brunswick with Andy Pringle, a civilian member of the Police Services Board; and Blair’s remark that the crack video had “disappointed” him.

Doug Ford believed the latter comment constituted a public judgment that could jeopardize Rob Ford’s right to a fair trial. He saw the fishing trip as evidence of a too-cozy relationship between Blair and Pringle, a long-standing Ford family friend whom Doug Ford now suspected of preparing to campaign for John Tory as a Toronto mayoral candidate. (It was a pretty safe bet: Pringle had served as Tory’s chief of staff when Tory was leader of the provincial Conservatives.) “This chief has gone rogue, in my opinion,” Ford told reporters in what was, even by the standards of the day, an extraordinarily acrimonious scrum that you should probably watch.

By this point, the growing contempt was mutual. Blair called Rob Ford’s comments on the cell-phone video “disgusting.”

By mid-summer, Doug Ford had accused Blair of leaking damaging information to the Toronto Star, calling the alleged behaviour “payback.” Blair served Ford a notice of defamation. Ford stonewalled before apologizing to Blair in an extraordinarily grudging scrum that was captured on video and which you should probably watch. Blair said that apology wasn’t good enough. Ford offered a more complete written apology. Blair accepted it.

So. Bygones, right? Not on your life. More than two years after Blair had dragged Doug Ford through two apologies, the former city councillor and unsuccessful mayoral candidate had not forgotten their confrontation. A Global News reporter was interviewing Ford about a new book he had written, describing his late brother’s star-crossed mayoralty. The reporter, Alan Carter, asked Ford whether he still owed Blair an apology.

By this point Blair had been elected to Parliament as a Trudeau Liberal. “You gotta be kidding me… He’s getting paid trips by his boss, one of the commissioners, on a fishing trip that just so happens to be John Tory’s campaign manager, and head of fundraising? Come on, give your head a shake.”

Carter pushed back, asking whether it was worthwhile for Ford to “attack” Blair over the original Rob Ford crack video. “I would continue to attack him,” Doug Ford replied. “Who in their right mind spends millions and millions of dollars… and comes up with nothing? Zero? With Zero? And you’re telling me that’s not a witch hunt?” There’s more in that Global video. Ford’s emotions are still raw on this, and the mention of Bill Blair’s name brings it all bubbling to the service.

And now Justin Trudeau has elevated Blair to cabinet to make him one of the Ford government’s chief interlocutors. It is impossible to predict how this will play out.