But who will stand up for the autocrats?

Politics Insider for Dec. 10: Meng Wanzhou's arrest puts Canada and China on a collision course, a first ministers' meeting about nothing, and why more and more politicians are treating the media as enemies 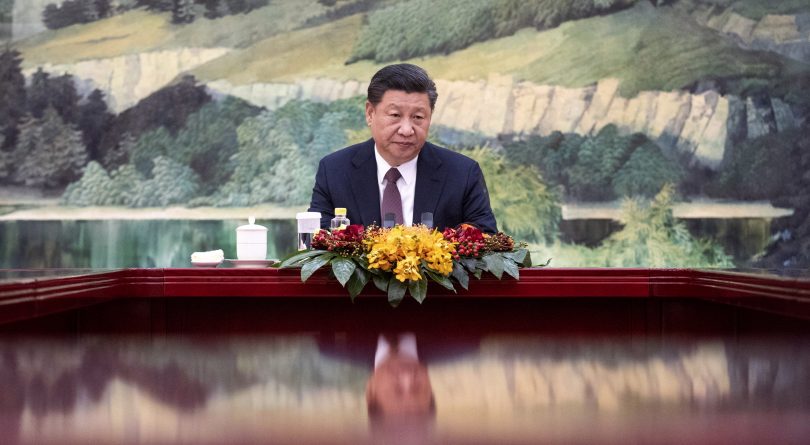 “Grave consequences”—that was China’s threatened response to Canada after police in Vancouver arrested Huawei CFO Meng Wanzhou on a warrant from the U.S. (Associated Press)

China hasn’t elaborated on what those consequences might be, but China watchers were quick to guess. David Mulroney, the former Canadian ambassador to China, said that country will put any trade talks with Canada in a “deep freeze for sometime.” The ice is already setting. On Sunday the B.C. government suspended a trade mission to China because of the Huawei case. (Global News, Vancouver Sun)

It’s becoming a tradition: former foreign affairs ministers-turned-private-sector mouthpieces siding with autocratic nations to tsk-tsk Canada. After Meng’s arrest John Manley seemed to suggest the Trudeau government should have directed the RCMP to practice “creative incompetence” and let Meng slip through their fingers. “China is the second largest economy in the world, we need to have our own China policy driven by our own national interests. And unfortunately we’ve got ourselves caught in a situation where our China policy is being very much fashioned by some hardliners in Washington,” Manley, who was foreign minister in the Chretien government and was more recently the CEO of the Business Council of Canada,* told CTV.  In August former Conservative foreign affairs minister John Baird appeared on Saudi state TV to berate the Trudeau government for tweeting about the Kingdom’s human rights abuses. Baird now collects his paycheques from Barrick Gold, which has operations in Saudi Arabia. (CTV)

While China threatens Canada for executing a U.S. arrest warrant, America still considers Canada to be a national security threat, its justification for tariffs on Canadian steel and aluminum. In an interview with the CBC aired Sunday, Justin Trudeau suggested the key to getting those tariffs lifted lies away from the White House: “I mean we, obviously, want to get rid of those steel and aluminum tariffs. But we also see the path toward ratification as a place where there are continued conversations from members of Congress, from business or associations in the U.S., from governors who also want to see these tariffs gone, and we’re going to keep working on that. Every step of the way there continue to be levers to pull on and we’re going to continue to do what Canadians expect us to do, which is look at every opportunity to stand up for our interests.”

Trudeau and the premiers met Friday. Nothing concrete came out of the talks. That was by design, writes Paul Wells, who examines how these types of meetings have evolved through successive prime ministers:

[Trudeau] does not gather the premiers to  decide anything. Everyone’s just checking in. Several days before Friday’s meeting in Montreal, Trudeau’s office sent premiers a proposed agenda. It made no room for a series of issues of capital importance to several provinces, especially the gap between oil prices in Alberta and those in global markets. Several premiers complained. Some wondered aloud whether a trip to Montreal was even worth their time. Did Trudeau’s office tell them to stuff it? Not at all. The feds gave a lot of ground, and in the end no premier reported that his or her favourite issues was ignored. Because when discussion is the only goal, discussion is easy. (Maclean’s)

Doug Ford and Jason Kenney have taken a page out of Donald Trump‘s playbook of treating the media as enemies, because it works:

“It’s changed dramatically, but the change is subtle if you’re not paying attention,” says Tim Abray, a Queen’s University PhD candidate studying voter psychology and a former press secretary to a cabinet minister in Mike Harris’s PC governments in Ontario. “Some politicians aren’t running against the media; they’re vilifying the media. There’s an important difference.”

Abray explains this trend as part of an ongoing effort to negate the effectiveness of unfavourable coverage in the mainstream media. “If you’re a partisan and want to maintain power, you want to neutralize critique as much as possible,” he says. “If the media is a major source of reliable critique, the best you can do is erode people’s confidence in that institution to provide objective critique.”

In short: if politicians undermine the media’s credibility, then whatever criticism of government emerges in the press is chalked up to media bias rather than a party or leader’s shortcomings. (Maclean’s)

CORRECTION, Jan. 9, 2019: An earlier version of this post referred to John Manley as the CEO of the Business Council of Canada. In fact, Goldy Hyder is president and CEO of the BCC.