Buying a pipeline? It's a great Canadian tradition.

Peter Shawn Taylor: Ottawa has repeatedly stepped up to get behind big, nation-building projects. What’s different this time is the opposition. 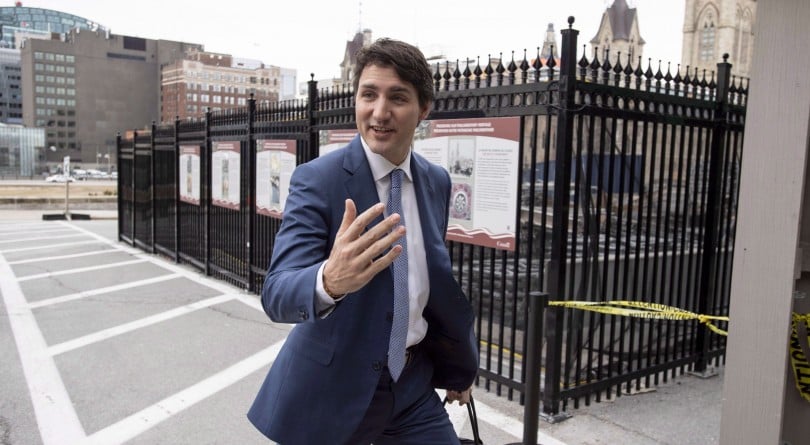 Stop me if you’ve heard this one before.

A major infrastructure project is in peril of collapse. And because its completion is deemed to be in the ‘national interest,’ the federal government feels obligated to step in with a  massive financial rescue package. Great controversy ensues. Political careers hang in the balance. Will our nation survive?

If that doesn’t sound familiar, you don’t know your Canadian economic history.

Last month’s announcement that Ottawa is buying the Trans Mountain pipeline has been heralded as the Trudeau government’s boldest and most-surprising move. It has certainly attracted criticism from all sides.

Writing in Maclean’s recently, analysts from the Fraser Institute call the $4.5 billion purchase “a bad deal for taxpayers” because Ottawa is likely to prove incompetent at bringing the controversial project to completion.

At the other end of the spectrum, hysterical anti-oil protestor Bill McKibben claims this is “how the world ends.” Writing in The Guardian, McKibben argues Justin Trudeau—”the cutest, progressivest, boybandiest leader in the world” has pushed the world towards global warming Armageddon by “going fully in the tank for the oil industry.” It’s an amusing turn of phrase. But it misses the essential truth about the eternal struggle to build big things in this country.

In buying Trans Mountain and putting Ottawa’s financial muscle behind the pipeline expansion project, Justin Trudeau—our ‘boybandiest prime minister ever’—is actually following in the well-worn footsteps of some of Canada’s mutton-choppiest and frock-coatiest leaders from our distant past.

Reluctant federal government involvement in bringing large nation-building projects to completion in the national interest and at great political cost is actually a great Canadian tradition.

Our first of many examples actually predates the very existence of a federal government. Upper Canada’s Welland Canal was designed to offer Ontario farmers a route to market that didn’t depend on New York’s highly profitable Erie Canal. Despite its credentials as a necessary nation-building exercise, however, it failed miserably as a privately-funded venture and soon fell into the lap of the government of Upper Canada. At one point, three-quarters of the young colony’s entire public debt was tied up in the canal.

After canals came railways. While early American railroads attracted dozens of private companies and were often immediately profitable, Sir John A Macdonald’s vision of a ribbon of steel across the empty Prairies proved utterly unappealing to investors. It took a decade and a half of cajoling, $25 million in cash, 25 million acres of land and an embarrassing political scandal before Macdonald was able to scrounge up enough interest to complete his national dream.

In the 1950s, the Trans-Canada Pipeline natural gas project was again meant to bind Canada together into one cohesive economic unit. Again, the St-Laurent government’s insistence on an all-Canadian route through the remote forests and rock of the Canadian Shield proved unappealing to American investors. A massive loan from Ottawa was required to get the pipeline built from Winnipeg to central Canada and the ensuring political controversy proved to be the end of a 22-year Liberal regime in Ottawa.

You can add the St. Lawrence Seaway and Trans-Canada Highway to our list as well. After initially operating as a private sector venture, the seaway proved uneconomic and became a government responsibility; the highway was supposed to be a 50/50 cost-shared deal between the federal government and the provinces, but Ottawa ended up paying the lion’s share of the $1.4 billion bill.

All these grand infrastructure projects − today considered defining events in Canada’s economic development and/or our national mythology − were either started and quickly abandoned by the private sector, or were so obviously uneconomic from the onset that the federal government had to shoulder the burden from the outset.

“Canada has always been attracted out of necessity to big projects that fit the size and scale of the country,” says Doug Owram, history professor emeritus at the University of British Columbia and co-author of the popular textbook A History of the Canadian Economy.

“The federal government first turns to the private sector, but it isn’t interested, or doesn’t work out,” explains Owram. “And it thus becomes a state operation, either directly owned or heavily subsidized. It’s a Canadian tradition.”

What’s different about this tradition today is the reason for Ottawa’s reluctant entry.

The historical examples above all turned on the fact Canada was once a very large country with a very small population that could never generate the necessary market demand to make grand infrastructure projects a paying concern, as was the case in the United States. It thus fell on government to build the necessary infrastructure ahead of demand. Or to bailout investors when they tried and failed.

Today, it is no longer a matter of insufficient demand. Two years ago, for example, the Canadian Energy Pipeline Association said its members were prepared to spend a stunning $68 billion in private capital building new pipelines. With plenty of investors lining up to build Canada today,  the biggest obstacle is not economics but politics. Big and important national-building projects have become increasingly vulnerable to the complaints of protestors or political opponents, no matter how small or narrow those interests may be.

The turning point in this historical process can be traced back to 1977, and the heated public debate over the Mackenzie Valley pipeline—a huge system of refrigerated gas pipelines running from Alaska and the Beaufort Sea to Alberta meant to carry US and Canadian gas south. This was to be the next big nation-binding project that opened the Canadian North to economic growth and prosperity in the same way railways and canals opened earlier Canadian frontiers.

But a federal inquiry headed by Justice Thomas Berger recommended against construction after hearing from environmentalists, Indigenous groups and local communities upset about the damage the pipeline would do to the northern way of life. “This was the first big project that was stopped for political, rather than economic reasons,” says Owram. “It fundamentally changed how we do development in Canada. Now negative sentiment can essentially veto anything.”

That’s certainly the case with Trans Mountain. While recent polls show 55 per cent of British Columbia residents approve the Trans Mountain expansion (across Canada, approval rates are even higher), a small cadre of protestors and professional activists have managed to hijack the regulatory and political process. The interests of democracy and economics fully support the pipeline’s completion, yet without Ottawa’s ‘surprising’ pipeline purchase, the project faced a slow death of obstruction and protest from the B.C. government and various other foes of economic progress.

From Canada’s early history to the present, Canadians have always struggled to complete the sort of large nation-building projects that made this country. And the solution has always been reluctant federal government intervention, at great financial and political cost. What’s different today is that the problems are now self-inflected.