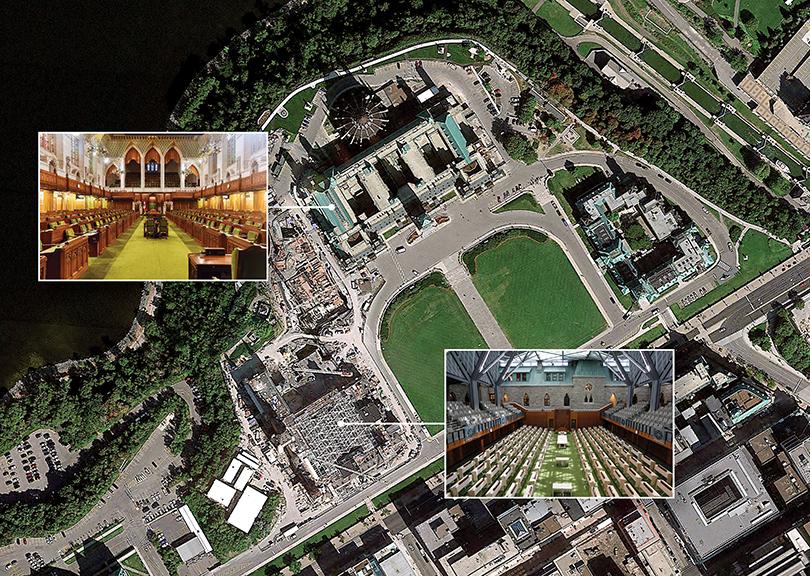 Among Parliament Hill’s crowd-pleasing Gothic revival buildings, the West Block has often been a bit of a wallflower. The exclamation mark that is the Peace Tower draws eyes and smartphone cameras first to the Centre Block, where both the House and the Senate sit. Behind it, the polygonal Library of Parliament is a High Victorian treat, its round interior of elaborately carved pine panelling arguably the country’s loveliest room. For visitors who know their political history or just have an eye for architectural character, the asymmetrical East Block, where Sir John A. Macdonald had an office, demands a respectful look. (The diplomat-diarist Charles Ritchie fondly called the East Block, with its shadowy hallways, a “standing rebuke to progress.”) 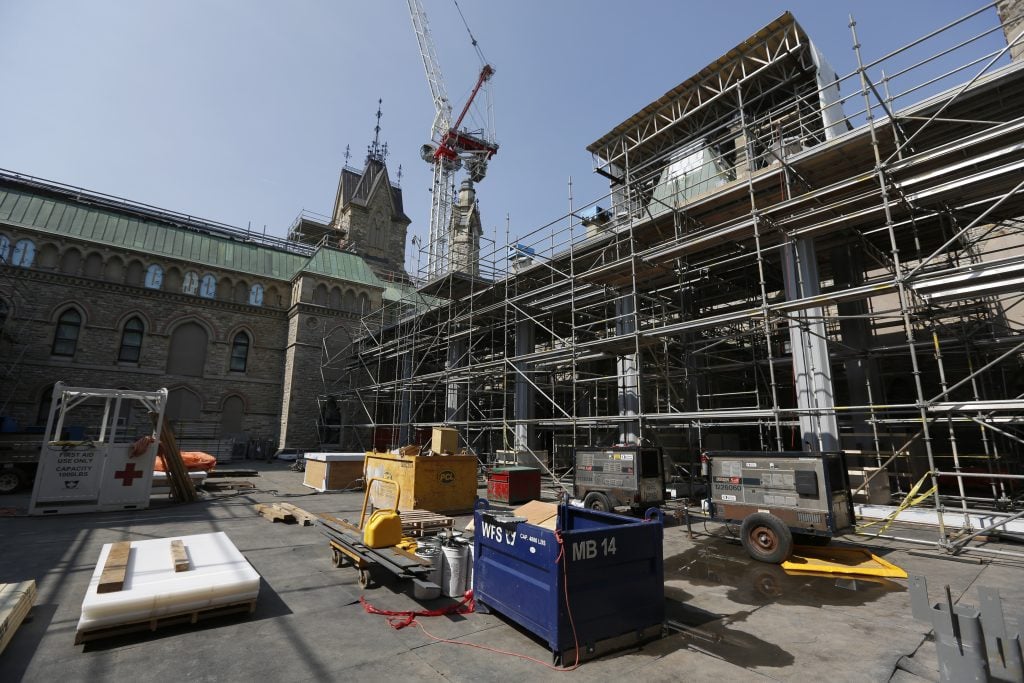 The West Block, under construction since 2011, now features a glassed-in courtyard for the House of Commons—a hopeful architectural metaphor (Photograph by Blair Gable)

Up against all that, the West Block, largely built in two stages from 1859-65 and 1874-78, has gamely played a supporting role. But that’s about to change. Its extensive multi-year renovation, a nearly $900-million project, is almost done. Scaffolding came off the formerly sooty exterior a few years ago, revealing creamy sandstone walls with red stone accents picking out the points of the gothic windows. It’s what’s inside, though, that’s most intriguing—especially the steel-and-glass roof added to the courtyard to create a sunlit temporary home for the House of Commons. 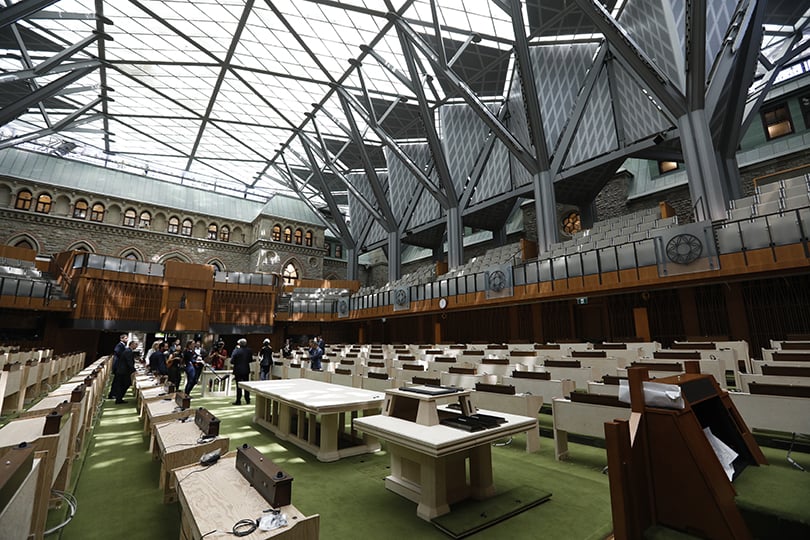 The West Block, under construction since 2011, now features a glassed-in courtyard for the House of Commons – a hopeful architectural metaphor (Photograph by Blair Gable)

The soaring blend of 19th- and 21st-century style could make that space a new favourite—when MPs finally get around to making it the focal point of Canadian democracy. The Centre Block, which is slated for its own decade-long reno, was to have been emptied this fall, with the Senate decamping to a grandly columned former railway station just east of Parliament Hill, and the House shifting over to the West Block for an extended engagement. In June, however, the move was delayed until perhaps early 2019, leaving the West Block to wait a few more months to show off its new stuff, which includes an adjacent new underground visitor welcome centre, designed to become an integral part of any future tourist’s trip to the Hill.

In the meantime, the curious will have to content themselves with the exterior. At the peak of the renovation, nearly 200 stonemasons worked to clean it up and restore the sometimes fanciful touches. Tip: at the roofline above the upper left corner of the main West Block door facing Parliament’s broad lawn, the age-darkened body of a crouching stone dragon has a new lighter-coloured head.