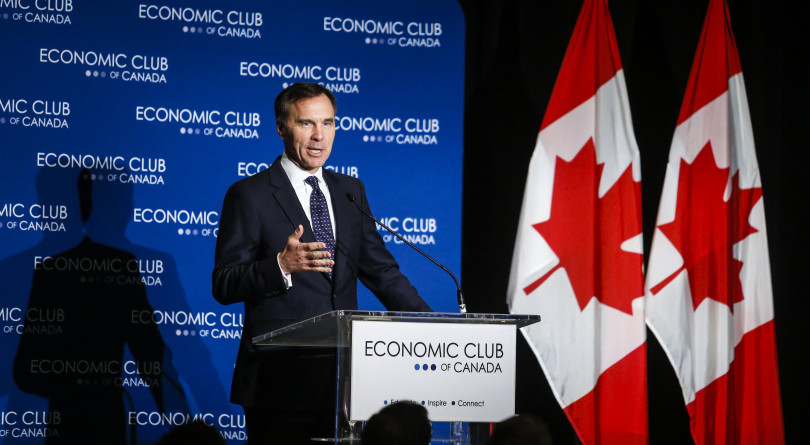 A new poll on how Canadians think about where they fit in the economic scheme of things offers support for both Prime Minister Justin Trudeau’s pitch that Canada is prosperous under his Liberal government and Conservative Leader Andrew Scheer’s contrasting claim that too many families just aren’t getting ahead.

In an online survey of more than 1,000 adults, conducted from March 27 to April 1, the firm Pollara Strategic Insights asked a series of questions about how Canadians feel in terms of their class identity and financial stability—and uncovered a blend of optimism about the big picture and anxiety about personal finances.

Considering the economy as a whole, Pollara found that about six out of 10 Canadians say they’re confident that a middle-class life is attainable for them through hard work. Of parents polled, 77 per cent were optimistic about their children’s chances of landing in middle-class bliss. 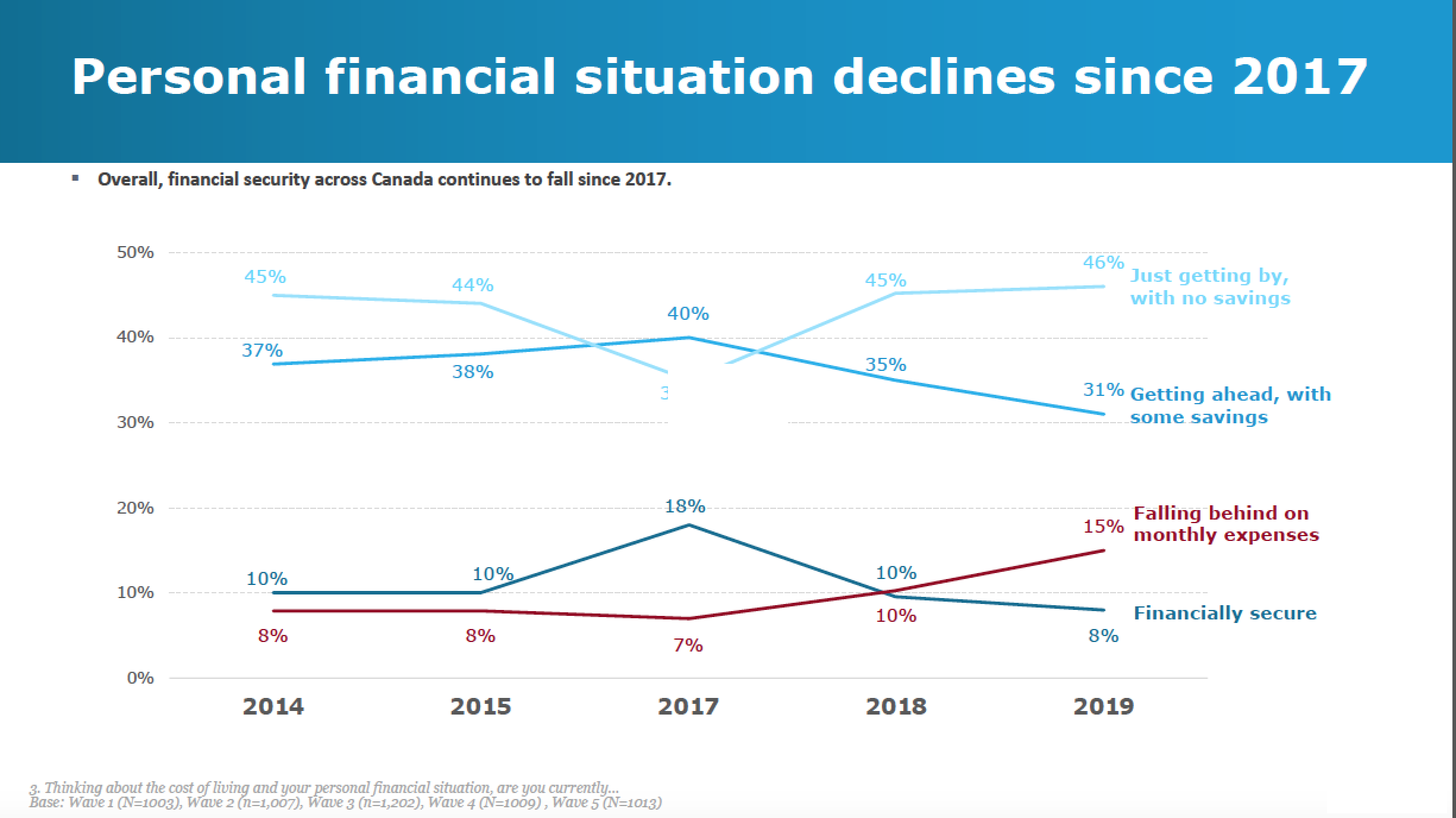 Overall, about half were optimistic about the future of Canada’s middle class, the highest level since Pollara began researching public opinion on the topic in 2014. Still, a mere eight per cent felt financially secure, and 31 per cent said they are getting ahead financially. A much larger group, 46 per cent, said they’re just getting by without saving, while 15 per cent feel they’re falling behind.

Despite that gloomy mood about their own savings, the share of Canadians who feel their income has not kept pace with the cost of living dropped significantly in 2019 to 67 per cent, the poll suggests, down from 78 per cent when Pollara surveyed on the same issues in 2018. Most respondents were confident they’ll keep their jobs, with just 14 per cent feeling that a worker in their household is somewhat or very likely to lose their job in the next 12 months.

RELATED: These Canadians feel left out of economic growth

A generally upbeat popular mood about job security and the economy as a whole, combined with a more jittery feeling about personal financial wellbeing, creates a complex backdrop for the political campaign leading to the federal election set for Oct. 21.

“If you’re the government, then pointing out that you are making record-breaking strides in terms of jobs and growth in real wages is something you should absolutely do,” said Pollara president Craig Worden. “At the same time, both incumbents and opposition parties need to speak to people about new solutions to make life more affordable.”

Both message tracks are being enthusiastically tested in the run-up to the official campaign, which Trudeau must call somewhere five to seven weeks before election day. “In the last four years, Canadians have created more than a million new jobs. The unemployment rate is at its lowest since the 1970s. And across the country, 825,000 Canadians have been lifted out of poverty,” the Prime Minister said in his Canada Day statement.

RELATED: If elections are about the economy, what will this one be about?

But Scheer counters with expressions of sympathy for hard-strapped families. “I’m running to be Prime Minister for the people who just need a break,” he said recently. “The people who are doing everything right—going to university, getting a good job, working hard, paying their bills on time—but who still can’t seem to get ahead in life.”

Worden said Pollara’s findings about widespread personal-finance unease suggest Scheer might be onto something, even though Trudeau has a strong job-creation record to run on. “In the past, elections were very much about jobs, jobs, jobs, and very macro,” he said. “But now jobs are intertwined with cost of living. It’s less macro and more micro and personal—how to make ends meet and get ahead. You can’t just talk about jobs anymore; you have to talk about the household budget.”

MORE ABOUT THE CANADIAN ECONOMY: