Downtown Ottawa voters elected McKenney to city hall in 2014, and McKenna to the House of Commons in 2015. They both ride bikes to work. It can get confusing. 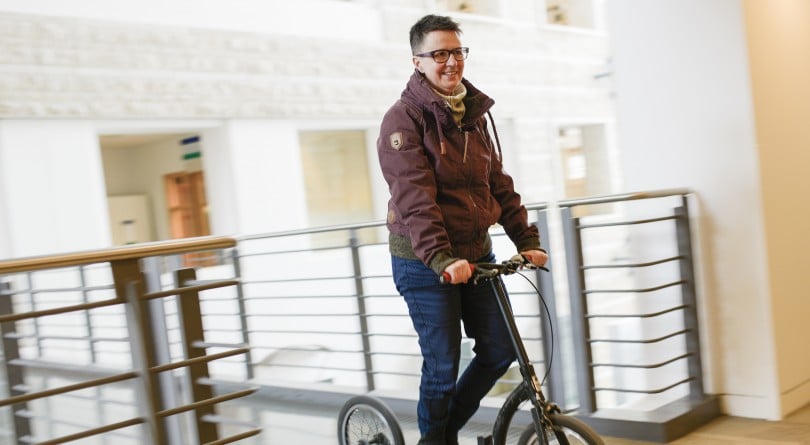 Even they get perplexed.

McKenney, 56, is the councillor for the ward of Somerset, which overlaps with the federal riding of Ottawa Centre, held by McKenna, 46, who is minister of the environment and climate change. Constituents have accidentally used McKenney lawn signs to support McKenna, and they have shown up at the latter Catherine’s office for the former Catherine’s concerns. (The Ottawa Citizen ran a piece in 2015 titled: “The two Catherines: How to tell McKenney and McKenna apart.”)

Both ride bikes to work, with ofﬁces two kilometres apart; both have three children, and McKenney’s wife, Catharine Vandelinde, her communications assistant, Catherine Henry, and her outreach coordinator, Catherine Lalonde, all receive emails and phone calls intended for the Catherine who is five minutes and three vowels away.

“Wow, that’s really close to my name,” McKenney thought when she ﬁrst heard McKenna was a candidate for the riding of Ottawa Centre. A few times per week, her staff receive misdirected emails, she says, and while McKenney’s office is at city hall, people have made appointments and shown up at the other Catherine’s campaign office, saying, “I’m here, where are you?”

Unlike McKenna, McKenney prefers municipal politics, as she’s been vocal on transportation policy and has accused Mayor Jim Watson of withholding information from certain councillors about a $10-million budget surplus at the end of 2017. (It was dubbed a “Christmas miracle.” Watson has denied the accusations.)

McKenney has worked in federal politics, though, as a campaign staffer for NDP MP Paul Dewar and Ed Broadbent, who became leader of the NDP in 1975. She helped Broadbent coordinate his infamous rapping skit on CBC’s This Hour Has 22 Minutes. “There were a lot of takes that day on that video—dozens—because he was rapping, right?” McKenney recalls. “Ed wasn’t a rapper.”

Both Catherines identify as feminist. When Broadbent once placed his dirty coffee cup in his outbox bin one day, suggesting he’d like it filled or cleaned, McKenney transferred the cup to the inbox bin, empty. “The message is, nobody in this office is ever going to make you coffee, or get you a coffee,” she says. “He was very good about it. He went out and bought himself a little coffee maker.” When MP Gerry Ritz called McKenna “climate Barbie” on Twitter, she called him out for his “sexist, misogynist comments.” (McKenna declined to comment on this article.)

McKenney is the first openly LGBTQ female councillor on Ottawa city council. She was born in Fort-Coulonge, Que., and came out as gay after completing her undergraduate degree at the University of Ottawa. “It’s hard for me to say it was this day or this time,” she says of coming out. “There was never any kind of angst around it all.”

McKenney had two children as a single mother, now aged 33 and 34, and married Vandelinde in June 2005, ﬁve weeks before same-sex marriage was nationally legal under the Civil Marriage Act (Ontario legalized it in 2003).

Both politicians are cyclists, though McKenney also rides a kick-scooter with inflatable wheels that she propels with her left foot. McKenney bikes in the winter with fat tires. She hopes to one day open a bike shop. One night in 2015, her son-in-law called her around midnight saying her daughter was in labour and the midwife couldn’t be reached. “So I jumped on my bike,” she says, “and I sped up Somerset hill, and she was in heavy labour, and they called the paramedics.” The baby couldn’t wait for the ambulance, so McKenney is now known as the councillor who delivers.

While only McKenney is a grandmother, both have hosted teas at the Good Companions seniors’ centre. “Catherine McKenney hosted a tea back in November, and Catherine McKenna hosted one back in April,” says Monique Doolittle-Romas, executive director of the centre. “Which one is coming, Monique?” the clients ask, she says. “I wouldn’t say it’s just the seniors. It’s confusing in general.”

McKenney’s assistant Catherine Henry encounters confusion as well. In one conversation with a constituent, both McKenney and McKenna came up, as well as a street in Ottawa: Catherine Street. “Sometimes I’m just amazed at how many Catherines there are in this city.”