Chart: How have the leaders divided their time across Canada?

Which federal party leader spent the most—or least—time in your region? We chart the results

With only a handful of days left for campaigning, we decided to tally the time each leader spent in the various regions of the country. As of Oct. 13, each leader spent a similar number of days (whole or in part) out and about: Stephen Harper and Tom Mulcair, 58; Justin Trudeau, 60; and Elizabeth May, 57. May didn’t make it to every region of the country, but the other leaders did, with all three, unsurprisingly, spending the majority of their time in Ontario. Below, we compare the per cent of time leaders spent in each region with the per cent of House of Commons seats held by that region. While the ratios stay similar, there are some notable exceptions, e.g., May in B.C. 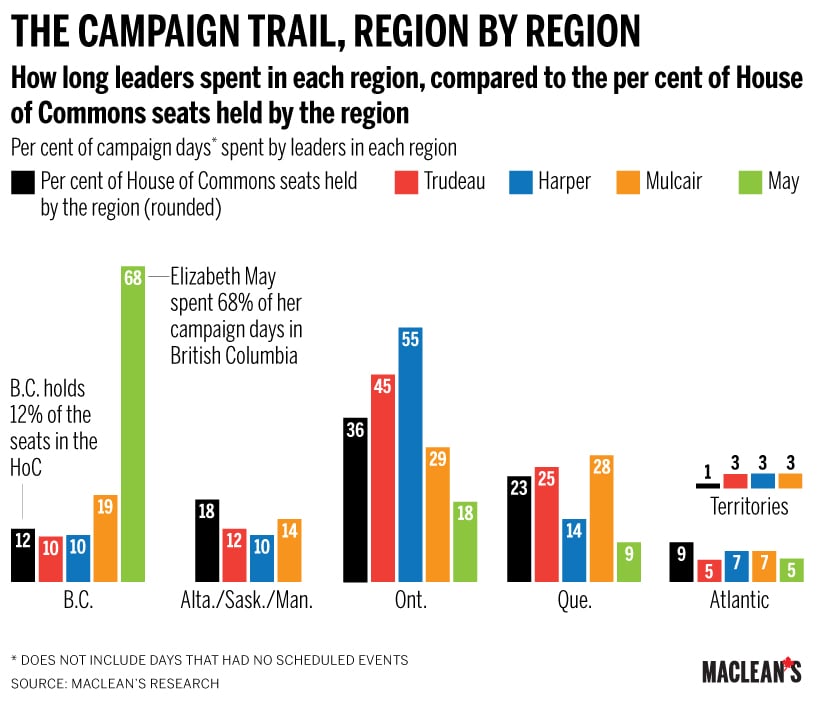