China's latest scolding for Canada: don't be so naive 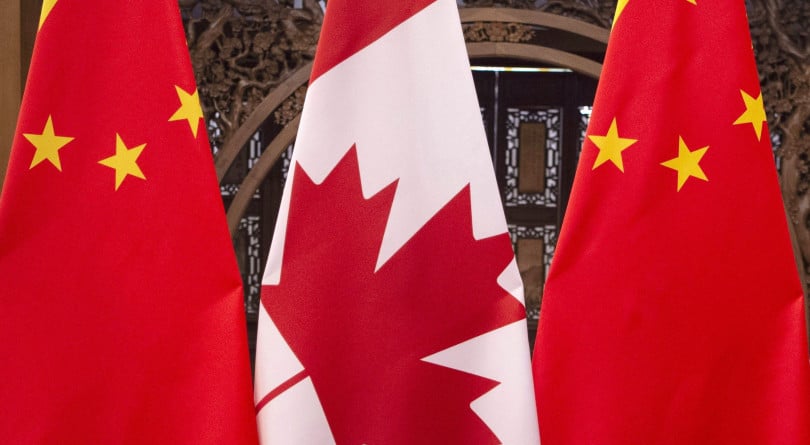 Promise kept: Since the G20 Canadian officials have danced around the question of whether Donald Trump kept his promise to advocate for the release of two Canadians when he spoke with China’s President Xi Jinping, with Justin Trudeau saying he was “confident” Trump spoke up without explaining why. Now sources are saying they did receive confirmation from Washington that Trump raised the arbitrary arrests of Michael Kovrig and Michael Spavor in a “clear and substantive way.” (Global News)

But as is customary now with any development in the stand-off, China dispatched another spokesperson to finger-wag at Canada, warning that Canadians shouldn’t be so “naive” to think that having allies advocate on its behalf will make one lick of difference. “First, it shouldn’t be so naive as to believe that asking its so-called ally to pressure China will work. China is a country with the rule of law and the judicial authorities handle cases independently. … Second, it shouldn’t be so naive as to believe that its so-called ally will earnestly pursue a Canadian agenda. They will only pay a lip service, at best. The matter is, after all, between China and Canada.” (Canadian Press)

In the pipeline: An Indigenous-led group could make an offer for 51 per cent of the Trans Mountain Pipeline and expansion project in the coming days in a bid worth $6.9 billion. The group, called Project Reconciliation, says there are 340 Indigenous communities across B.C., Alberta and Saskatchewan that could participate in the bid. It is calling Trans Mountain a “pipeline to reconciliation.” (CTV News, the group)

Straw poll: A series of polls commissioned by the Privy Council Office and quietly published online offer a glimpse into the role public polling plays in government agenda-setting, writes Nick Taylor-Vaisey. For instance, they might explain why, when the Trudeau government unveiled its plastics ban last month, it didn’t lead to a backlash as Conservatives might have expected:

On the environment, Narrative pollsters reported in February that “global warming/climate change along with plastics use were top-of-mind environmental issues in all locations.” Participants mentioned micro-plastics as being particularly damaging, and they prioritized reducing plastic pollution in Canada’s waterways. “Preventative actions in this regard were considered important as clean up was deemed as being expensive,” reads Narrative’s final report. Whatever Scheer’s mockery, banning plastics appears to be a popular move, even if it’s unclear how it’ll actually work. (The feds and provinces later announced a joint plan to reduce plastics waste.) (Maclean’s)

‘Runaway climate change’: A new report out today from the Canadian Council of Academies offers alarming research about the impact of climate change, with no dissenting opinions, John Geddes reports:

The conclusions in Canada’s Top Climate Change Risks, a report commissioned last year by the Treasury Board of Canada—the federal government’s management arm—need to be read as especially alarming because the CCA just isn’t prone to being alarmist.

“Climate change is very likely to cause significant negative impacts across many natural and human systems in Canada over the next 20 years,” the report warns. And that’s not even close to the worst-case scenario. The consequences of climate change caused by humans pumping out greenhouse gas (GHG) emissions, mostly carbon dioxide from burning fossil fuels, are too complex for even the top experts to be confident about how bad it could get.

“Data limitations and evidence gaps hinder understanding of many likely impacts of a changing climate, especially where interactions among economic, natural, and social systems could lead to cascading consequences,” the CCA’s expert panel says. “Tipping points in natural systems and climate dynamics could lead to runaway climate change and impacts impossible to reverse on the scale of centuries or millennia.” (Maclean’s)

What the polls are saying ahead of Election 2019

More or less: A survey commissioned by CBC News and conducted by Public Square Research and Maru/Blue found the majority of Canadians (57 per cent) oppose accepting more refugees. However the same poll found that more than three-quarters of respondents think Canada should do more to attract skilled labourers to immigrate here. (CBC News)