Conservative leadership race: The beginning of the end—but for whom?

The Conservative membership sign-up deadline is over—and the campaign messages have narrowed. Here's what comes next. 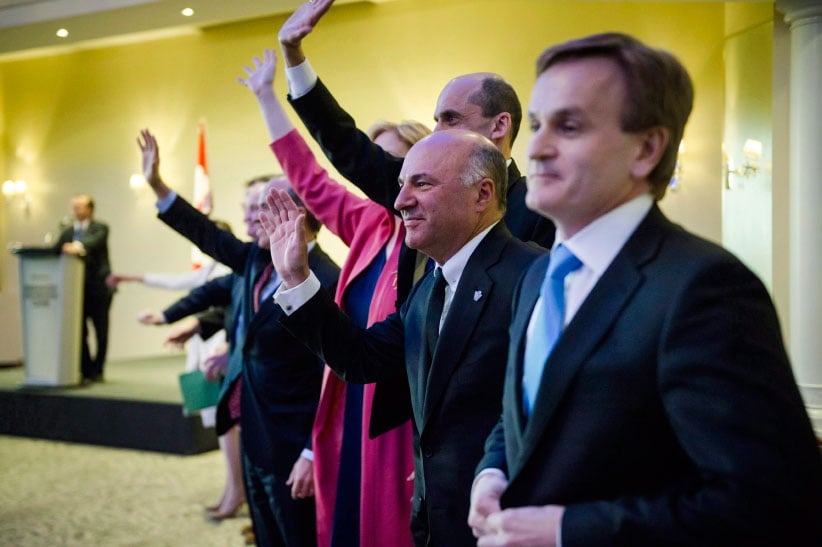 The closing of Conservative Party membership sales at midnight on Tuesday signalled the beginning of the end of the party’s leadership race. With two months to go until voting day, everyone with a say is now logged safely within CPC HQ servers. With no additional support to muster, leadership hopefuls must now convince members they are in possession of the only metric that still matters: momentum.

But how to do this in a 14-person race with a ranked ballot and no leadership convention? The run-up to the membership cut-off offers some clues.

Kevin O’Leary, as he is wont to do, plunked down his campaign’s manhood and cited impressive (and, as yet, unverified) new membership sign-up and donation totals. His message: I’m a force, one that can dominate Justin Trudeau.

Erin O’Toole tooled up by emphasizing his growing caucus support, snagging the endorsement of Alberta MP Jim Eglinski (don’t worry, even I had to Google the name). His message: I have the support of my colleagues.

Other candidates like Michael Chong, Maxime Bernier and Andrew Scheer were happy to stump for memberships by highlighting supporters who had signed up to endorse specific policy planks of their platforms. Their message: I have ideas that will unify and grow our party.

When she wasn’t handing out values questionnaires or squeezing out a few rounds at the gun range to prove how totally non-elite she is, Kellie Leitch was chirping about carbon taxes and the CBC. Her message: aaaaarrrrrghhhhh!

Meanwhile, Lisa Raitt was emphasizing her “Big Blue Tent,” while simultaneously misspelling her already-in-the-tent colleague Steven Blaney’s name in a series of tweets about an issue (nuclear power) that no member, anywhere, is using as a proxy for their support. Her message: I’ll protect you from irrelevancies.

Which brings us to Brad Trost, who spent deadline day banging on about the “gay lifestyle” which, to be fair, he does on pretty much every day ending in a “y” (and twice on Sunday). His message: I hate gays. Like, a lot.

What didn’t you hear from the candidates during their carefully crafted last-minute appeals? Not very much in the way of criticism of Justin Trudeau’s limp budget, one whose red ink should have fed Conservative cravings for red meat.

This was probably by design; the budget day floor was ceded to interim leader Rona Ambrose and her French surrogate Gérard Deltell. And it also makes sense when you consider that Conservative members probably assume that all candidates hate debt and deficit equally. But that’s the shame of allowing only paid-up Conservative members to vote on the leadership race; a strong anti-debt and deficit message could have been a real draw for Canadians souring on the Trudeau experiment, those who could be looking for change come 2019. A more open process could have broadened the party. Now we’ll never know.

MORE: The Tories are running out of time to widen their tent

So, where does this leave us?

If we can believe the media coverage—fed by leaks or sharing of internal polling—we’re in for a two-man showdown: Maxime Bernier vs. Kevin O’Leary, who were last seen vying to be the last man notwithstanding over illegal border crossings.

But both of the front-runners (and Kellie “Values” Leitch, for that matter) are Marmite candidates: like the food spread, you either love them or hate them. Twenty-five or so per cent—the highest polling I’ve seen for either—is a long way from 50 per cent plus one. How will they grow?

Here’s where the fun begins.

The Conservative Party’s ranked ballot system is a recipe for surprise. For example, will O’Leary supporters who are new to politics even mark their second, third, fourth, fifth, sixth, seventh, eighth, ninth and tenth choices? Has anyone, even seasoned supporters, thought that carefully about all of the options?

The second-rank contenders—i.e. Andrew Scheer and Erin O’Toole—are betting they have more room to grow, which is why they’ll fight tooth and nail to be everyone’s second choice. It’s also why you’ll keep hearing from the also-rans (sorry) as they try to keep their pet issues (e.g. gay hatred) on the agenda until decision day. This isn’t to win, or even necessarily place. Rather, it’s to secure a prominent role in the Conservative Party at a moment of redefinition and, if all goes well, the next Conservative government.

Remember, the ranked ballot isn’t anything like the delegated convention where the various candidates can pledge their supporters support on the day. Any movement will have to happen before ballots are cast.

It might be that we’ll see a few of the lesser lights drop out and pledge their support to another candidate in the hope their support will migrate over to a degree that will see them preferred in the new Conservative order, whatever it ends up being. Brad Trost might be a lightweight, but the social conservatives certainly aren’t. Some attention must be paid.