Coronavirus layoffs have only started. Prepare yourself for the worst.

Politics Insider for March 31: We're tracking layoffs across Canada, and offering advice to those who lose their jobs. Also, the PM announces who qualifies for a federal wage subsidy. 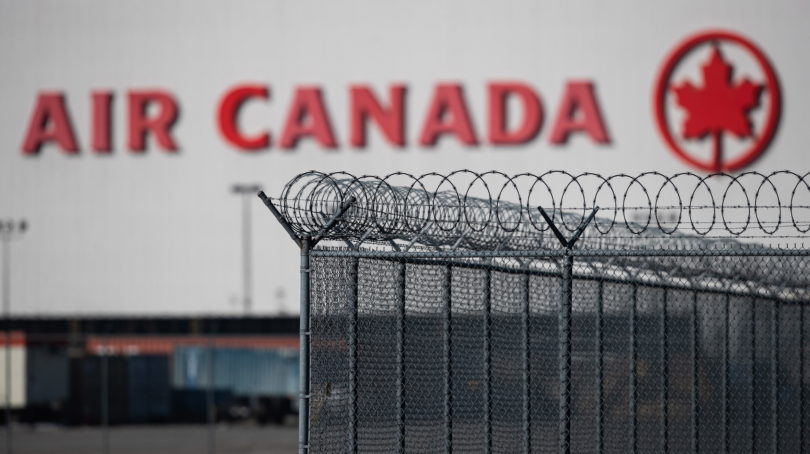 An Air Canada hangar is seen behind a security fence at Vancouver International Airport, in Richmond, B.C., on Friday, March 20, 2020. (Darryl Dyck/CP)

As the depth of the coronavirus pandemic hits Toronto’s Bay Street and Canada’s main streets, layoffs may be the rule, not the exception. More than a million Canadians have applied for employment assistance only weeks into the crisis, and many households aren’t sure how they’ll pay their bills. To give a sense of the massive scope of the pandemic’s economic damage, Maclean’s is tracking Canadian layoffs as they’re announced. If you know of job cuts that aren’t on our list, email us at tips@macleans.ca and we’ll update our tracker.

The numbers are staggering. Air Canada announced that more than 15,000 of its employees would be laid off until at least the end of May.

What to do if you’re laid off because of the coronavirus: These are terrifying times to get a pink slip, but governments have pledged billions in support for most workers forced out of the workplace by the pandemic. Maclean’s asked Bryan Borzykowski to build a guide for those in dire need. His first advice: “apply for benefits, asap.” And remember, the future will eventually hold hope.

Getting laid off is not easy, even if half the people you know are also suddenly out of work. The key is to stay busy, stay connected, make use of government support and keep in mind that, at some point, this will pass and the work will come.

Yesterday, Prime Minister Justin Trudeau put some meat on the bone of one of those previously announced measures for hard-hit businesses. The PM said any business that has seen its revenue drop by 30 per cent, regardless of the size of its payroll, can apply for the federal wage subsidy that would cover 75 per cent of employee income up to $58,700.

Trudeau also preemptively tut-tutted any business that hoped to unfairly take advantage of the federal dough. “If you have the means to pay the remaining 25 per cent that’s not covered by the subsidy, please do so,” he said. “And if you think this is a system you can take advantage of or game, don’t. There will be serious consequences for those who do.” He hammered home that “every dollar of this should go to workers.” Read the full transcript of Trudeau’s remarks.

Defence Minister Harjit Sajjan announced that up to 24,000 military personnel would be available to assist Canadians’ efforts to fight the pandemic, including “humanitarian support and the delivery of goods.” Sajjan added that troops would also be on-hand when flooding and forest fires threaten Canadians.

How science is trying to catch up with COVID-19: Dr. Alyson Kelvin, a virologist at Dalhousie University in Halifax, is teaming up with fellow scientists in Saskatoon on a coronavirus vaccine. Kelvin says a Canadian-made cure could be vital as global efforts ramp up—and Canada risks getting left out. “We need to do it for ourselves.” Dr. Gregory Poland, director of the Mayo Clinic’s Vaccine research group, echoed the science-first instincts of Dr. Michel Chrétien, another Canadian working with the Chinese on a COVID-19 treatment:

Poland says that conflicting messages from politicians around the world have given people false hope about risks associated with COVID-19 and the potential for a quick vaccine or treatment. This disinformation threatens to derail public health efforts to get a handle on the virus, he said. “Science should never be beholden to politics, to peer pressure, even to economics,” he says. “Let science inform policy.”

Politico reports on an epic odyssey undertaken by a man and woman from Quebec who hoped to outrun COVID-19. “In a scramble to escape the coronavirus, a couple drove more than 3,400 miles across Canada and then flew another 500 miles deep into the northern Yukon territory.” Their arrival in remote Old Crow raised local eyebrows.