John Geddes: A story behind the cover story

What we might learn from Ben Sparrow and Saltworks Technologies 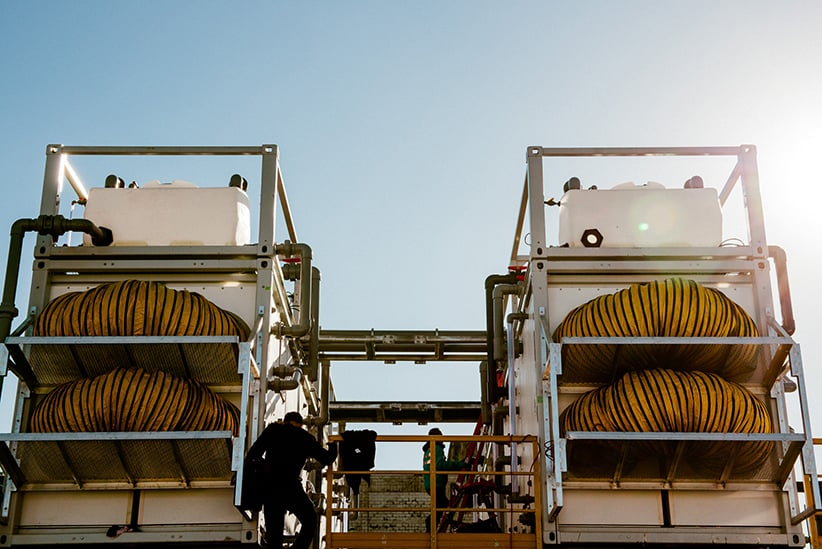 Covering federal politics, certain phrases have lost rhetorical impact on me: “create jobs,” “raise middle-class incomes,” “boost competitiveness.” Yet I sympathize with the politicians who reflexively reach for these worn-down terms. How else to sum up the goals of economic policy?

Here’s another way. Maybe the goal should be to make whatever happened in Ben Sparrow’s Vancouver apartment in 2008—just before he was evicted—occur much more often. Sparrow recently told me about how he got the boot for building the prototype of a new kind of purification system for salty industrial wastewater in his residential unit.

That year, he co-founded Saltworks Technologies with Josh Zoshi, and they moved to more appropriate space in an old fish-processing plant at the Port of Vancouver. Only seven years later, Saltworks has 52 employees and sells from Australia, to Mexico, to the U.S.

They’ve since expanded to a few waterfront buildings. In fact, Sparrow was biking from one to another when he took my call, as I was working on this week’s Maclean’s cover story on Prime Minister Stephen Harper’s economic record. 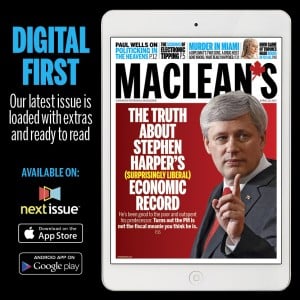 I was hoping an inventor-turned-entrepreneur would offer a fresh perspective, trapped as I am in the Parliament Hill bubble. He didn’t disappoint.

Take, for instance, the answer I wasn’t quite expecting when I asked about the complaint—so often heard around Ottawa—that Canada lacks the sort of investment capital that fuels innovative firms. “A lot of people moan about finding money,” Sparrow said, quite cheerfully. “In my experience, people who are moaning lack a coherent business plan.”

With that attitude and a record for having turned innovation into success, with a start-up that launched just as the global economy was tanking, the Saltworks formula should be tantalizing to Ottawa’s economic policy-makers. If Joe Oliver could bottle it, the federal finance minister would surely pour the elixir all over his April 21 budget.

Of course, it’s not that easy. In fact, experts I spoke with for this week’s story were at a loss to explain why Canada has such a lacklustre record—case studies like Saltworks notwithstanding—on turning new ideas into marketable goods and services. The Harper government, like its predecessors, has struggled to show convincing progress on this front.

On other files—taxation and trade, jobs and government spending—this week’s cover story examines a mixed record. The facts refuse to conform to lazy expectations about what a Conservative regime would stereotypically be about. Tax cuts don’t seem designed to help those rich folks that U.S. Republicans like to call “job creators.” Subsidies and interventions in the free market abound.

I don’t know how directly all this inside-Ottawa stuff relates to a company like Saltworks. But when I asked Sparrow for suggestions of his own about what might help, he had a few.

He was full of praise for the BCIC-New Ventures Competition, a contest designed to give would-be British Columbia tech entrepreneurs training, mentoring, and—for those who win, like Saltworks did a few years back—a potentially invaluable injection of seed financing. Sparrow enthuses that the competition should be replicated nationally.

Sparrow also agrees with those who think Canadian education policy should shift some of its focus toward increasing the pool of skilled trades people and industrial production workers. He suggests governments might create a new sort of incentive by granting regulatory permits on a preferential basis to big Canadian companies that buy from innovative smaller firms.

When he was rattling off these ideas, Sparrow sounded energized. When I asked about the Canadian business climate as it stands, even this upbeat guy turned a little down.

He said the first big commercial breakthrough for the innovative Saltworks system for treating heavily salinated industrial wastewater came in Australia. American companies also saw the potential early. “It’s much easier to break into export markets than into Canada,” he said, mentioning the so-called “Bryan Adams effect,” tech-sector shorthand for how the Vancouver rocker had to score hits abroad before he was played on Canadian radio.

There’s not much a single federal budget, or even nine years of government policy, can do about that mystery. But at least we can look to see if Canada’s approach to taxes, jobs, trade, government spending, as well as innovation, seem set to help those willing to, say, misuse an apartment in the cause of our future prosperity.