Crime is real, just not easy to combat

Two flaws in the Tories approach to crime 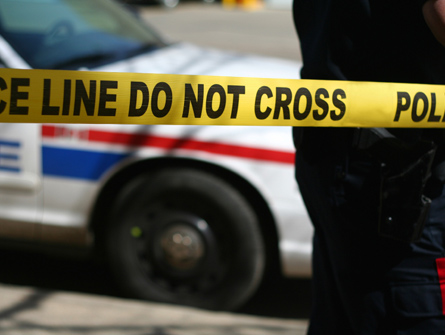 I agree with Jason Kenney’s tweeted observation about crime being for real.

But what sorts of crime are on the rise? And what’s to be done to combat it?

Last year, I took a close look at the statistics, and here’s what I found most intriguing: crime overall is falling, but violent assaults are on the rise. I’ve plucked a line from that story to give a taste of what I discovered:

While most crime was on the wane between 1998 and 2007, assault with a weapon or causing bodily harm climbed steadily year after year, posting a dramatic 32.3 per cent rise over the decade.

What does it signify when there’s less crime overall (robbery, down; sexual assault, down; etc.) but more of the worst kind of violent attacks? From talking to cops and criminologists, and looking at a major study of who’s most likely to be a victim of crime in Canada, I concluded that there’s a sharply divided picture: the sort of crime that’s likely to directly hurt the average middle-class citizen is declining, while violence that threatens mainly the poor and the marginalized is rising.

What’s the best response to that complex situation? The Conservative government’s reaction has been mainly to impose a raft new mandatory minimum sentences for a long list of serious drug and gun crimes. I see two flaws in this approach.

First, government officials have told me they did not conduct any research into the current sentencing patterns for those convicted of drug and gun crimes. In other words, they don’t really know, beyond what they’ve picked up anecdotally, how tough, or lax, judges tend to be in these cases.

Second, from what police (particularly in Vancouver) tell me, if there is a pattern of light sentencing, it does not show up in cases of high-profile shootings or big-time trafficking convictions (the sorts of crimes targeted by the Tories’ proposed mandatory minimums), but rather in instances of routine repeat convictions that tend not to make headlines.

And in those frustrating chronic offender cases, the answer, from what I read, is not to have Ottawa dictate longer prison time, it’s for police to maintain profiles of repeat offenders, detailed records that in turn allow Crown attorneys to paint a clear picture of the thug in question in front of a trial judge. Properly informed, those judges tend to sentence accordingly.

That sounds sensible. Better police work, clearer arguments from prosecutors, more appropriate sentences from the bench. The only thing that’s missing is a good we’re-tough-on-crime headline for the politicians.