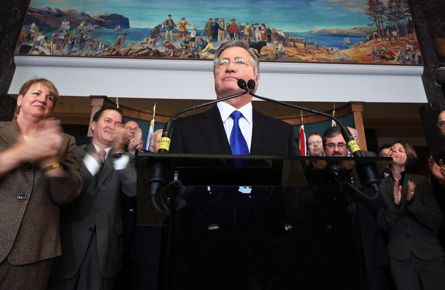 To hear Danny Williams tell the tale in his resignation speech a little while ago, you’d think the economic rise of Newfoundland and Labrador has been propelled by his own pride and a province-wide determination not to be held down any longer.

Not to detract from the spirit of place, but it doesn’t hurt to be riding an oil boom. These handy figures come from our friends at the Canadian Association of Petroleum Producers: the province collected $1.8 billion in offshore oil royalties in 2009-10; an impressive 31 per cent of all Newfoundland and Labrador’s revenues comes from the oil and gas business.

Williams was first elected premier in 2003, six years after start up of the Hibernia oil field, a year after Terra Nova’s production began, and two years before White Rose’s start up. It’s been boom times all the way.

That’s not to deny Williams due credit for moves he made in a surging economy. He fought intemperately to keep federal equalization payments (remember how he pulled down Canadian flags?) and bargained hard with the oil companies involved in the Hebron consortium. (Here’s a good 2006 story on Williams’s fighting style from my colleague Nicholas Kohler.)

But however the outgoing premier’s accomplishments are assessed today, it would be silly to miss the fact that the most important factor reshaping Newfoundland over the past decade wasn’t politics, it was petroleum.