Don Cherry wouldn't change. Will Andrew Scheer have to?

Politics Insider for Nov 12: Don Cherry is out and Scheer faces a divided party 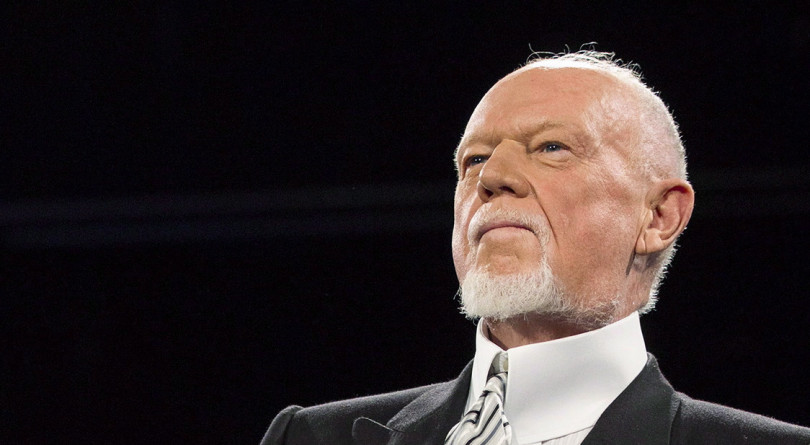 As a Mann once said, “everything is politics” and Don Cherry’s loathsome swipe at immigrants as thankless spongers, and his subsequent dismissal by Sportsnet, has filled the vacuum left by Parliament’s extended post-election hiatus.

Defence Minister Harjit Sajjan told CTV “our fallen would be disappointed to hear comments like this. … How can we now, as a government, as communities, teach people about the tremendous sacrifices that have been made by all, so that comments like this are not made? Because if anybody knew the history, these comments, I think, wouldn’t be made.” NDP Leader Jagmeet Singh responded to Cherry’s comments by sharing a photo of his grandfather who he said served under the British in the two world wars. Meanwhile on the right, conservatives flocked to social media to post “but Trudeau blackface” messages. The hashtag #DonCherryForPM was trending after the news of his firing broke (though so was #Fabricland, in reference to his gaudy suits, so make what you will of trending hashtags) while a photo tweet by a Toronto Sun reporter that apparently intended to show an escalator filled with non-poppy wearing people (of various races) was in turn met by photo tweets showing hundreds of poppy-less Wexiters at a rally in Edmonton last week.

Perhaps the best summation of the whole sorry affair was offered up by Cathal Kelly in the Globe: “In the end, what Mr. Cherry really hated – and he hated an awful lot of things – was change. … He spent his Saturday nights rebuking a country that had moved on without him.”

The question of adapting to changing times is one that continues to dog Conservative leader Andrew Scheer, weeks after some chalked up his party’s disappointing performance in the election to Scheer’s outdated stance on same-sex marriage and abortion.

Andrew Scheer’s divided party: Scheer survived last week’s party caucus, but as Stephen Maher writes, it was not without a lot of awkward questions about his leadership that are only likely to grow between now and the party’s convention in April:

Andrew Scheer, who last week looked like a dead leader walking, has made it through a gruelling caucus meeting and looks ready to fight all the way to the party’s convention in April, where he will likely lose a leadership review vote.

While Scheer can breathe a sigh of relief, Conservatives interested in winning the next election are worried that Scheer will double down on social conservative messages that might help him fight that leadership battle but damage the party in the process.

On Wednesday, when Conservatives gathered behind closed doors for their first post-election caucus meeting, I am told that fewer than 20 MPs stood up to vote for the provision of Michael Chong’s Reform Act that would have allowed the caucus to fire Scheer.

The number might have been different if it were a secret ballot, but it was not. MPs had to stand, while their leader looked on, and claim the right to show him the door. After a few hours of wrangling and voting, MPs eventually went to the mics to talk about what went wrong in the recent election. Read more ››

It seems Scheer can count on at least one vote of support at next year’s convention: from Peter MacKay. Scheer “is going to face a mandatory review,” he told CTV. “That’s part of the Conservative constitution, so that will be for he and the membership. I’ll be there, and I’ll be voting no” to a review.

Today Scheer will deliver his list of opposition demands to Justin Trudeau in the first of the prime minister’s meetings with the party leaders. What’s on Scheer’s list? “Tangible and specific priorities,” his office said, but they’re not giving any details beyond a request that Trudeau bring the House of Commons back to work on Nov. 25, the Monday after the new cabinet is sworn in.