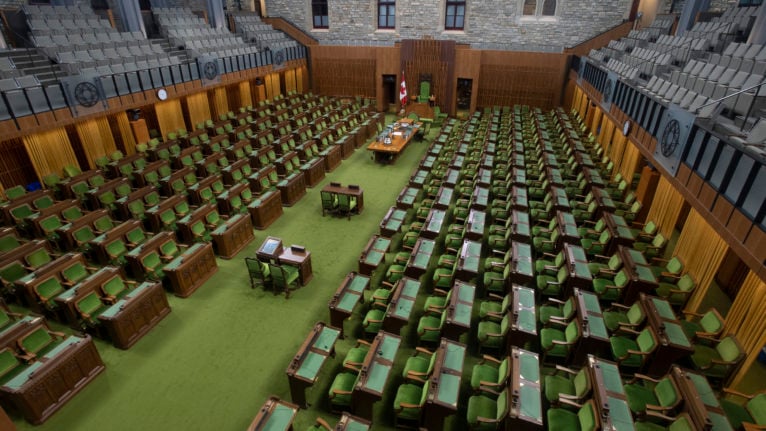 When the House of Commons is sitting, ministers table reports. Often, those reports offer detailed accounts of things going wrong in government—and they’re replete with recommendations on how to make things better. Yesterday, the federal procurement ombudsman and the correctional investigator of Canada breathed some life into their work, lest the federal ministers who tabled the documents let them lay fallow.

Alexander Jeglic, the procurement ombudsman, wrote in his annual report that the “unnecessarily complex nature of the federal procurement process” is a “constant source of frustration, creating overly burdensome barriers” for anyone who wants to bid on federal contracts. He advised the government to take more risks (or at least abandon a zero-risk approach). Jeglic also published a handy Top 10 list of complaints about procurement. The top gripe came from suppliers, who “felt the evaluation [of their bids] had been incorrectly conducted.”

An annual report from Ivan Zinger, the correctional investigator, also landed in Parliament. Zinger took a hard look at the Correctional Service, where he concluded “sexual victimization exists in the shadows of penitentiaries and is largely ignored or dismissed.” The watchdog also slammed the agency for “failing to provide offenders with the skills, training and learning opportunities they need to … live productive, law-abiding lives.” He complained that any work unrelated to the pandemic appears to have been “stalled, delayed or abandoned.” And, finally, Zinger said his recommendations were met with only vague commitments, “very few clear deliverables or concrete timelines.”

And the numbers are in on solitary confinement: They’re not good, writes Paul Wells, who’s followed another saga at the Correctional Service. Anthony Doob gave up earlier this year on investigating the agency’s compliance with a new regime that replaces solitary confinement. No one was giving him the data he needed. Bill Blair, the public safety minister, convinced Doob to finish the job. Yesterday, he sent Wells an interim report that is not flattering—but which the Correctional Service claims still contains incomplete data. Wells is unimpressed.

Here is how much ignoring you need to do to ignore the fate of prisoners in the darkest corners of our prisons. You need to be unimpressed by a court order. By the Charter. By a new law, duly debated in Parliament. By a team of conscientious investigators who had a year to wait for data they never received. By a spate of embarrassing news stories about the first set of failures. And by a final partial report, which indicates the system is not close to working as designed.

Prime Minister of Empathy: “This sucks. It really, really does,” was how PM Justin Trudeau summarized the second wave of COVID-19 that’s stubbornly sweeping across Canada. Trudeau got personal about conversations in his own household. “It’s frustrating knowing that unless we are really, really careful there may not be the kinds of family gatherings we want to have at Christmas,” he said. “My six-year-old asked me a few weeks ago, ‘Dad, is COVID-19 forever?’ He’s in grade one.” Watch the full clip.

The latest on Lynn Beyak: VICE News reports the Ontario senator who was suspended before prorogation—and since reinstated with pay—is in hot water for illegally donating to the Donald Trump campaign. Beyak listed her address as Davis Point Road in Dryden, New York. There is no road by that name in that town, though there is a road by that name in Dryden, Ont., where Beyak lives. The $300 donation that contravened American laws against foreign interference was, says Beyak’s office, made in error. VICE found no evidence that Republicans, who must report all returned donations, have actually done so.

A note to our southern neighbours: A pair of Canadian chief electoral officers from New Brunswick and P.E.I. told a parliamentary committee yesterday that mail-in ballots are not somehow more likely to produce electoral fraud. The procedure and House affairs committee plans to hear from B.C.’s top doctor, Bonnie Henry, on pandemic elections. And they’re also going to quiz top electoral officials from B.C. and Saskatchewan. Y’know, just in case their sage advice comes in handy.