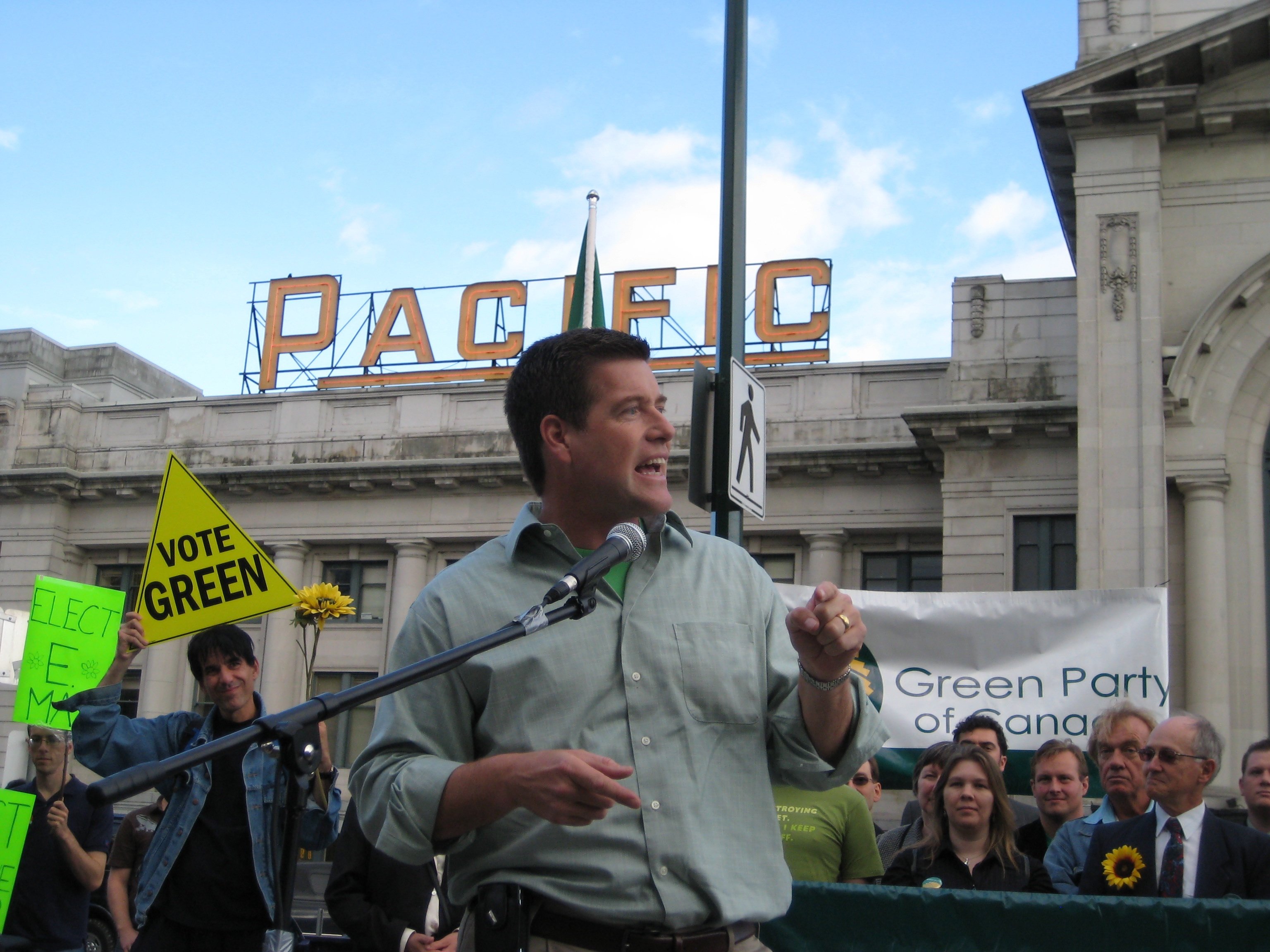 Newly-minted Green MP Blair Wilson wore not one, but two shades of green to the Whistlestop kick-off rally in Vancouver. (Elizabeth May wore red—in support of Walk for Life, she patiently explained to media. “Read nothing else into it.”) Wilson—May’s ticket into the leader’s debate—is a former Independent MP who, in August, made the stunner of an announcement that he’d joined the Greens. A year ago, he resigned from the Liberal Party under a cloud after questions were raised about his personal finances; he kept his seat in West Vancouver-Sunshine Coast-Sea to Sky Country.

[Er, couldn’t this be abbreviated? “Sea to Sky Country” about sums it up, no?]