Response to Maxime Bernier has been heated, but a cooler look at research offers better grounds for not fretting about multiculturalism 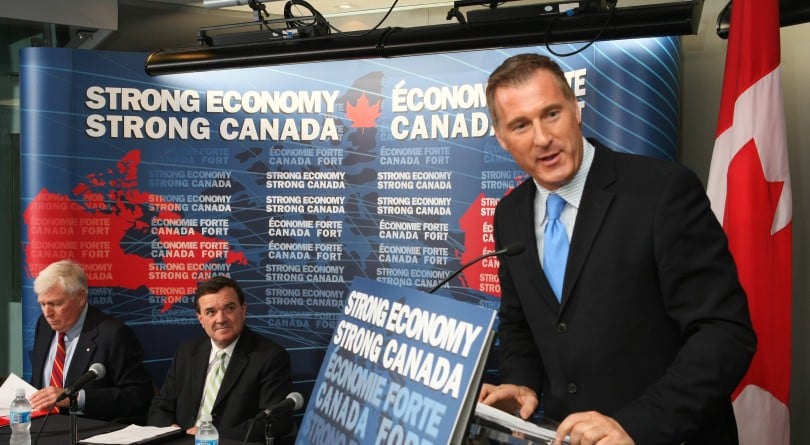 The outraged response to Conservative MP Maxime Bernier’s instantly notorious Tweets about the supposed dangers of “extreme multiculturalism” in Canada has been sustained long enough now that unloading yet another critical reaction might seem redundant.

There’s been plenty of venting from those who value diversity as a point of principle. Conservatives angry at Bernier for weakening their party brand have had their say and then some. The case has even been made that this issue just isn’t pressing enough to fret about any further.

But maybe it’s worth looking at Bernier’s claims, not from the standpoint of our convictions about what’s admirable or deplorable, or our notions of what’s politically savvy or stupid, but with an eye to data. It’s not as if his fears are new. Surely someone collected some facts before Max warned that too much diversity will “divide us into little tribes.”

A good place to start is with Frank Graves, the veteran Ekos Research pollster, who fired off a Tweet that was, for my money, the most helpfully precise response to Bernier’s salvo. Graves pointed to the results of Ekos polls asking Canadians about their “sense of belonging” going back to the mid-1990s. His firm’s consistent finding: individuals reported steadily declining attachment to their ethnic groups over more than two decades, while their “personal sense of belonging” to Canada has stayed strong.

“During a period of the last 20 years or so, which had the largest influx of new Canadians in our history—not per capita, but in sheer numbers, and by far the greatest influx of non-European Canadians—we see national identity remaining quite strong,” Graves told me when I followed up. “We also see ethnic attachment, which is the more important point, I think, become progressively less strong, to the point where it’s really not even in the mix as a major source of belonging.”

It’s no coincidence that Graves began tracking this sort of thing in the mid-1990s. Back in 1994, the Quebec-based novelist Neil Bissoondath made a splash that even Bernier might envy with the publication of Selling Illusions: The Cult of Multiculturalism in Canada.  “The psychology and politics of multiculturalism have made divisiveness in the name of racial and ethnic rights socially acceptable,” was one Bissoondath quote Maclean’s plucked from his book at the time for a story on the uproar.

Graves remembers that controversy vividly. Indeed, he doesn’t deny that Bissoondath made a case against multiculturalism that couldn’t be dismissed out of hand. “If you just prima facie gave me the Selling Illusions thesis, I’d have to go, ‘Well, you know, it could be true’,” he said. “But we know now that it is not true. In fact, it’s the opposite.”

So Bernier has disinterred a quarter-century-old argument (he even referenced what he called Justin Trudeau’s “cult of diversity,” echoing Bissoondath’s title) while seeming oblivious to decades of contrary data that have piled up in the meantime. It’s not just Graves’s polling numbers, of course. There’s lots more research into Canada’s impressive record of integrating immigrants, notably the influential 2011 paper Understanding ‘Canadian Exceptionalism’ in Immigration and Pluralism Policy by University of Southern California’s Irene Bloemraad.

But polls and social-science findings, no matter how reassuring, can’t put to rest all gut-level misgivings about how diversity plays in the political sphere. For instance, lots of Canadians who like multiculturalism just fine might nevertheless be inclined to think Bernier’s got a point when he takes on party strategists.

“Doing identity politics,” he says, “means trying to drum up support by appealing to specific groups on the basis of their ethnicity, religion, language, sexuality or other characteristics, instead of speaking to them as Canadians interested in the wellbeing of our country as a whole.”

That’s potent. Who doesn’t like to think that democracy, at its finest, means voting for the good of country, not some enclave? Yet the best research I’ve come across shows that political parties, by targeting ethnic communities, are playing a role—no doubt unintentionally—in speeding their integration into Canadian political life, not delaying it.

University of Toronto’s Phil Triadaﬁlopoulos makes the case that Canada’s relatively fast path to citizenship, combined with high voting rates among new Canadians, along with the clustering of immigrants in key suburban ridings, forces parties to take newcomers seriously in election campaigns. The result? Quicker entry into Canadian political life in the broadest sense, and less feeling that the doors to full participation are closed. (I reported on research by Triadafilopoulas and his co-authors in this story.)

Another key scholar in this field, Jeff Reitz, director of the Ethnic, Immigration and Pluralism Studies Program at University of Toronto’s Munk School of Global Affairs and Public Policy, says Canada’s relatively brisk path to citizenship should be considered in combination with its solid record, compared to other Western democracies, when it comes to offering immigrants a decent chance, after the usual tough start in a new country, of advancing economically—and, even more importantly, seeing their children get decent educations and land good jobs.

That’s not just Canadian boosterism. A 2015 Organization for Economic Cooperation and Development report, to pluck just one more bit of evidence, found that the children of immigrants are actually more likely in Canada to pursue higher education than the kids of native-born parents. That’s true also in Britain and Israel, but the reverse holds in all other OECD countries.

Reitz says the “nuts and bolts of everyday life” factors—getting through school, finding a job, not having to worry about health care—matter far more than any direct government funding meant to foster multiculturalism. “While recognition and support of minority cultures seems key to the philosophical justification of multiculturalism,” he wrote in a 2013 paper, “any directly related policies appear to have little effect ‘on the ground’ either positive or negative.”

If Reitz has it right, then critics of government spending on multiculturalism programs have a reasonable point to make. In fact, that’s the sort of tack those who grew to like Maxime Bernier during the Stephen Harper era, when he was styling himself a small-government, low-spending conservative, might have expected him to take. Instead, these days he’s asking his fans to follow him down a path where known facts just don’t lead.