Election Image of the Day: Justin Trudeau was laying the middle-class imagery on thick the day he called the 2019 election 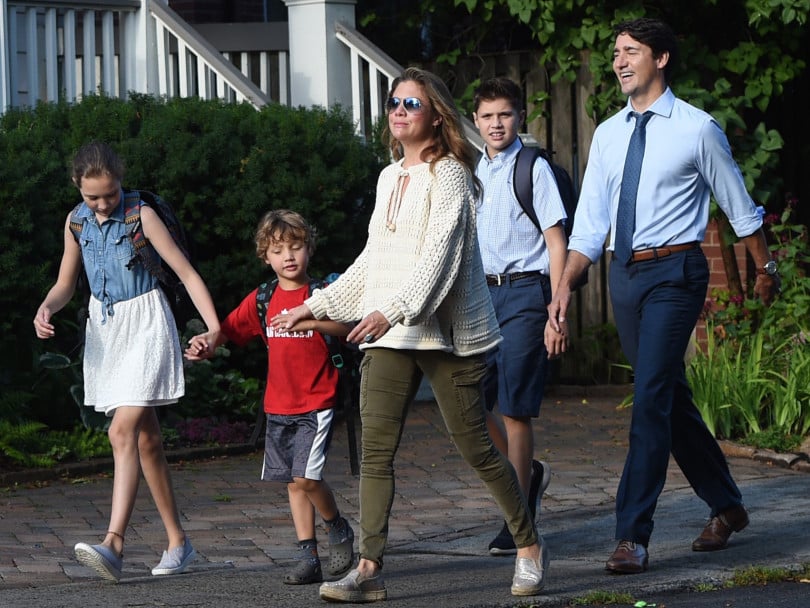 During the election period, we’re taking our popular Image of the Week feature daily. Check Macleans.ca each weekday as writer Michael Fraiman dissects an image that tells a different story from the campaign.

It’s official: Justin Trudeau is off to the races, and he’s bringing his family along for the ride. The calculus behind today’s writ-drop, kicking off a tight 40-day federal election, was precise. Had Trudeau called it any sooner, Andrew Scheer’s Conservatives would enjoy more time to outspend the Liberals in advertising; any later and everyday parents might mentally move on from their child’s first day of school. (Why not wait until after Sept. 11, with all of its dark resonance, remains a mystery, but whatever.) Trudeau’s platform hinges on a future for Canada’s children: climate change, national pharmacare and equal rights comprise a marked attempt to steal progressives away from the New Democratic Party. It worked in 2015. But if Trudeau wants to stay in power after Oct. 21, he’ll need a bigger army than his family of five.