Budget 2018: Baby steps for dad and a big step forward for women

Despite some gaps, this budget will meaningfully change things for women in this country 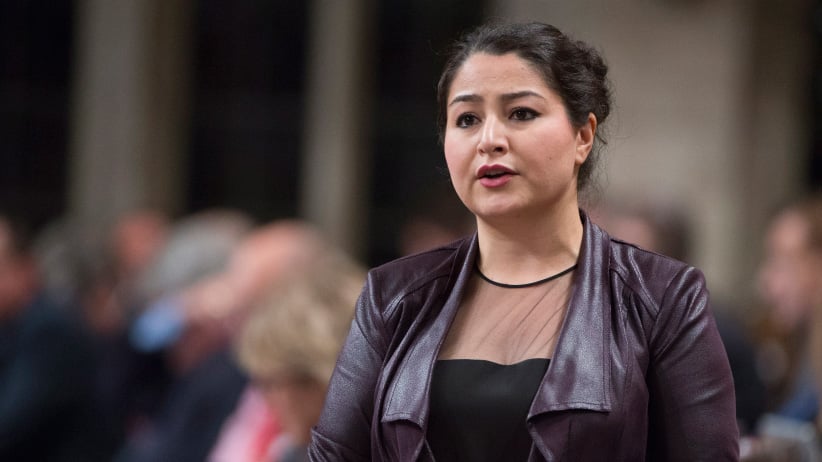 Status of Women Minister Maryam Monsef rises in the House of Commons in Ottawa on Tuesday, October 24, 2017. (Adrian Wyld/CP)

The government promised us a gender equality budget this year and they delivered: on pay equity, on supports for women entrepreneurs and, in the warm fuzzy afterglow of the Olympics, a little something for women in sports. Investments in childcare, women’s organizations and ending violence against women looked a little more like baby steps than a giant leap, but they still represent progress. And yes, there was a little something for the men and boys, too.

Up first, the government will implement pro-active pay equity legislation in a forthcoming budget implementation bill. What does that mean? Well if you don’t work in the public service, not much. But if you do, it means that federal employers will be responsible for ensuring equal pay for work of equal value. The responsibility will now sit with the employer, not the person being discriminated against. This legislation will also apply to federal contractors with contracts over $1 million. That is big news, because those are some big contracts with big companies. Bombardier, I’m looking at you.

The #MeToo movement has increased the visibility of violence against women. It has also increased the demand for services. In last year’s budget the government announced $101 million over five years to address gender-based violence. This year’s budget adds another $85 million targeted specifically at addressing workplace harassment and funding to rape crisis centres, including (interestingly) rape crisis centres near Canadian Forces bases.

There is a little less action and little more wishful thinking on the job front. The government’s priorities are still in predominantly male occupational sectors (think tech and manufacturing). There are significant amounts of money being made available as financing for small enterprises led by women, who do indeed have a harder time accessing financing. That said, this is a loan, not a gift. There is money to help pay tuition for women entering the trades, which is fantastic but does nothing at all to address the hostile climate that leads to very high attrition rates for women in the trades. And my favourite bit of wishful thinking: an award for the corporation that does the most to promote women in leadership. Who doesn’t like an award?

But what about the men?

The government has you covered. For men, there is a new “use it or lose it” parental leave that can be taken by the second parent (usually the father) at the same time as parent number one takes leave. The leave applies to same-sex couples and adoptive parents, but obviously has no impact on single parents. In Quebec, where there is a similar program, nearly 80 per cent of fathers now take an average of five weeks of leave after a child is born. This signals a clear desire by fathers to take this leave. The experience of other countries who have implemented the leave demonstrates that the “use it or lose it” nature of the leave seems to create the space for fathers to take it.

Will Canada look different as a result of this budget? Well, yes. For one thing, thanks to a new measure in the budget, we might see an MP holding a baby on the floor of the House of Commons. For another, we should see a whole lot more men pushing strollers at the park. Pay equity legislation will make women’s paycheques look a whole lot better (and more fair) for women in the public sector.

What won’t look so different are the waiting lists for childcare and the incredibly high fees. Women won’t be seeing a great deal of job growth in the sectors where they work now. Women living in low income will continue to struggle. Indigenous and racialized women and women with disabilities will still see bigger gaps in pay and employment than white women.

One thing is for sure: the government can’t say they didn’t know. This budget includes the most thorough gender analysis we have yet to see in a public budget in Canada. It also sets benchmarks for progress. That means we can all see where the gaps are closing and where they are not. Which truly is a big step forward.