The Liberal platform, or CARPA diem

Paul Wells: Dozens of half-baked policy directions meant to reach out to dozens of interest communities. It's a blueprint for incoherence and lousy government. 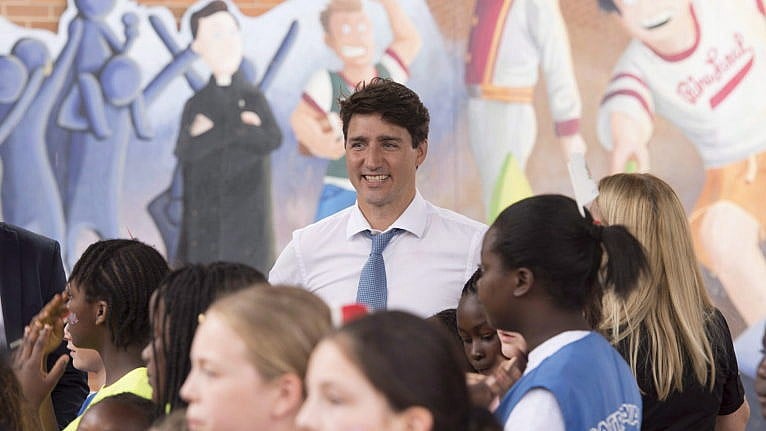 I’m wondering what happened to the camping. In 2019 Justin Trudeau ran for re-election with an 85-page platform that promised, among a lot of other things, “A New Generation of Campers.” The Liberals promised to “expand the successful Learn to Camp program” so 400,000 kids each year could learn basic camping skills. And as an equality-of-sleeping-under-stars measure, they promised $2,000 vouchers for four-night camping trips to “75,000 less privileged children and their families.”

Then COVID happened and a lot of campgrounds became unavailable, so Learn to Camp these days is mostly a bunch of YouTube videos. (Here’s a briefing note that explains this in more delicate language.) As for camp vouchers for the less privileged, that’s gone away. Which may be just as well, since 3.4 million Canadians live under the poverty line, so I always did wonder how we’d select the 9 per cent who’d get to camp.

On Wednesday, Justin Trudeau released the Liberals’ 2021 platform, and it contains no mention of camping. The question of 2019—why on earth would you subsidize camping?—has been replaced by the question of 2021: why, having decided to do it, would you then decide not to?

Life’s a mystery. In 2019 the Liberals were still promising “new investments to support United Nations peacekeeping efforts”—wistfully, I thought, given the debacle in Mali. The 2021 platform makes no mention of peacekeeping. Probably this is progress. The 2015 platform was excited about the prospect of a Chief Science Advisor. The new platform doesn’t mention her, either as a past accomplishment or a future priority. The 2019 platform mentioned pharmacare, three times, vaguely. This one mentions pharmacare twice, vaguely. Keep voting Liberal and by 2027 they may be able to get those pharmacare mentions down to zero.

The platform page features little boxes you can click for details on the platform’s various topic headings. There are 182 boxes. Eleven recount “key actions since 2015” in this or that area, and so do not contain new promises, and again my main reaction is relief and gratitude. Some of the others do more to hide a story than to tell it. Click on “Quebec Bridge” and you learn a tiny bit about what’s going on with what my friends in Quebec City call the Pont de Québec, which is decrepit and rusty, so the rehabilitation bill is skyrocketing. Basically it’s what you’d get if you slung 24 Sussex Drive over a river. The feds spent most of the last half-decade trying to stick Quebec’s government with most of the tab. François Legault has been getting snarly. He likes to point out that Trudeau promised to settle the file within six months after the 2015 election. The Liberals’ 2021 “platform commitment” on this file, six years later, amounts to the following: We’ve named a negotiator and he has our full confidence.

Or how about the chapter on job creation? Here it is. In its entirety. “A re-elected Liberal government will: Restore employment to pre-pandemic levels—going beyond one million jobs—and ensure that the jobs that are created are good, well-paying jobs.”

This is a platform?

I think, actually, yes it is. Just not in the way you old people might understand the term. A platform used to be a proposed program for government that was designed to show a political party had thought clearly about a modest number of important files. Coherence and practicality were virtues. These days I think coherence couldn’t matter less, because the goal is to have hundreds of proposals you can send to previously-identified voter cohorts.

Every party spends years data-mining prospective voters by logging which direct-mail or email solicitations get answers, which Facebook ads you Like or Share, what topics get which donors to give, and so forth. So if you’ve shown a previous interest in, say, clean oceans, the platform mini-chapter on clean oceans is probably already in your email inbox. Ditto if your thing is writing books people don’t actually buy. Or carbon pricing. (“Hey, can we have more details on your carbon pricing plans?” “Yes. They will be smart.”)

In that world, coherence is pointless. The national campaign doesn’t really exist. It’s dozens of parallel programs for reaching out to dozens of interest communities. The only problem is that the nation exists, or at least it did as of this morning, and it has one federal government, which is increasingly becoming the venue for reconciling all those dozens of half-baked policy directions. Or failing to reconcile them.

The platform promises “a new $100 million a year fund to pursue moonshot research into high-impact illnesses where a vaccine may be possible.” “Moonshot research” is actually a term of art, particularly in Japan, but here it’s obviously just a reflection of the fact that somebody on the Liberal platform working group wanted to use the word “moonshot,” dammit, somewhere in the platform. Literally any biomedical researcher in Canada will have questions. Questions they’re tired of asking every time any government announces a National Bells and Whistles Strategy. Questions that don’t get answered here. Will this new fund come on top of the usual grant programs of the Canadian Institutes of Health Research? Will it come out of the CIHR’s existing or projected budget, thus ensuring it’s not actually a new incremental investment? I promise you the answer doesn’t exist. This is a marketing document, not a governing document.

The crowning glory of this impulse to seem bold without sweating the details is the promise to “establish a Canada Advanced Research Projects Agency (CARPA) as a public-private bridge for research that helps develop and maintain Canadian-led technology and capabilities in high-impact areas. Modelled on the Defense Advanced Research Projects (DARPA) in the United States, which has helped pioneer the development of several iconic technologies, including GPS mapping, the agency would be established with an initial endowment of $2 billion.”

This makes the Liberals the second party to promise to do a DARPA, after the Conservatives. (There is no prize for winning this race. It’s a goofy race.) All of this is because Robert Asselin at the Business Council has been calling for a Canadian version of DARPA, the U.S. military’s bluesky moonshot skunkworks. Asselin, who’s a tremendously engaging guy, helped write the Liberals’ 2015 platform, worked briefly for the lamented Bill Morneau, and has lately fetched up at the big-business lobby. Here’s Alex Usher demolishing the DARPA notion. This seems like the sort of thing that should be debated fairly rigorously before anyone pours a lot of money into it, but in Canada we don’t do rigorous debate, we do targeted marketing.

The language the Liberals use to pitch CARPA is, almost verbatim, the language they used to announce their Innovation Supercluster Initiative in 2017. The superclusters have barely spent a fraction of their budgeted $1 billion, but they’d like more money, but some people want them shut down. Will CARPA seize the supercluster money? Will they replicate each other’s effort, while a succession of “Innovation Ministers” claim they’re actually “complementing” and “synergizing”? Again, I promise you there is no answer. I’m sure the questions just make everybody sad. Asking questions is not really in the spirit of the thing.

The Liberals promise a permanent Council of Economic Advisors, which like CARPA has the virtue of sounding like something Americans do. This new thing will duplicate work at the Finance Department, whose deputy minister spent August appointing nearly a dozen new Associate Deputy Ministers to develop an in-house policy development capability. How will the two entities work together? Again, apparently it’s mean to ask.

Given all this, it’s nearly satirical of the Liberals to promise “a comprehensive strategic policy review of government programs.”  This “continuous process” will “examine how effectively each major program and policy is doing in meeting the biggest challenges of our time.” That would be a good place for the sentence to end, but this one goes on: “…including: achieving net-zero emissions by 2050, improving fairness and equality, and promoting quality of life and growth for everyone.” That’s an odd lens to apply to fisheries, or procurement, or why you have 17 different industrial innovation programs run by people who hate one another.

Cards on table, I’m pretty sure this platform will help the Liberals win votes. It’s already been chopped into 182 discrete email blasts to send to everyone in Canada who’s angry about plastics in the ocean, or gender balance on corporate boards. Everything except camping, I guess. But it’s also a blueprint for lousy government, for confusion, for contradictory lines of accountability, for layer upon layer of wasted effort. One of the big problems of our time is the sense that governments can’t actually do things. If I could find a party that believed in government and wanted to fix that, I’d vote for it. Maybe next time.