For campaign magic, Harper turns to a wizard from Oz

Australian campaign whiz Lynton Crosby is coming to Canada to help the Conservatives. 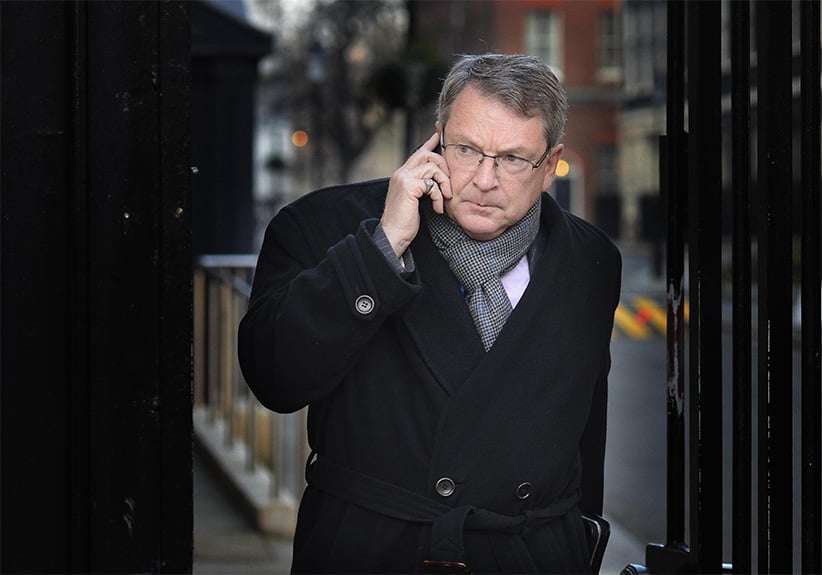 Stephen Harper’s Conservatives are reaching overseas for expert election help in a bid to regain their footing and halt a slide in the polls, bringing in globetrotting Australian campaign doctor Lynton Crosby.

Crosby is known as the Wizard from Oz, and is considered one of the world’s top political strategists. He helped David Cameron retain the prime minister’s office in Britain, and just last month engineered victory in Sri Lanka’s election.

The Conservatives have looked abroad for ideas in the past, but this is the first time they’ve brought in a fixer from overseas in mid-campaign. The campaign had already been speaking to Crosby, but he joins the team as they refocus following several weeks of being forced off their main messages.

Crosby will take over framing the campaign message, which is typically a Harper strong suit, but has been a problem in this election.

He’s coming in to back up Jenni Byrne, the Conservatives’ national campaign director, who was the subject of anonymous grumbling earlier this week. Ray Novak, Harper’s chief of staff, has been put in charge of staffing for the campaign, and the war room may bring in some additional fresh blood and reinforcements for the remaining 39 days.

Maclean’s spoke to three Conservatives about Byrne, who complained that she’s kept smart, experienced people out of the party’s war room, while relying on a tight circle of friends, notably spokesman Kory Teneycke, party operative Lynette Corbett, who is Byrne’s best friend, and Novak, with who Byrne has worked for 15 years.

Others suggest that criticism comes from people who don’t like being sidelined during a campaign.

The 2015 campaign is, to put it mildly, not going the way the Conservatives would like. Some polls have them in third place and on most days reporters question Harper not about whatever policy he has announced, but about Syrian refugees, a faltering economy or whether he still trusts his staff or candidates.

The Canadian Conservatives have in the past shared tactics and strategies with the Australian Liberals and British Conservatives. In fact, Crosby worked on the UK Tories to make overtures to what British strategists call BME (black, minority, ethnic) communities, similar to the work Jason Kenney did for the Conservatives with minority communities in Canada. Speaking to British Tories, Crosby contrasted Boris Johnson’s concerted strategy of outreach to ethnic minority voters with the UK Conservatives’ failure, so far, to do anything similar. But he cautioned — as he has heard from Harper’s team and as he saw with Johnson — any outreach strategy must be implemented through serious effort over time. It can’t be a gimmick.

Crosby was the subject of controversy in 2012 when the Daily Mail reported he’d referred to Muslims in a derogatory way. Quoting an anonymous source, the Daily Mail reported Crosby had told Johnson to stop spending so much time on “f****** Muslims.” Crosby denied it and pointed to his work encouraging closer ties to minority communities.

The BBC reported in 2013 that Cameron’s Tories had a contract worth half a million pounds, or about $835,000, with Crosby, his business partner and their staff ahead of the 2015 UK election.

When it comes to Byrne, one must try to sort fact from fiction.

The long-time Harper loyalist has cultivated a legend as strong as her bond with the boss. She declines almost all interview requests, despite her prominence as the national campaign director for the federal Conservatives (her counterparts, the NDP’s Anne McGrath and Liberal Katie Telford, do interviews, particularly since it’s notable that all three campaign directors this year are women).

Byrne also eschews the sort of Hill events where she might run into journalists on a casual basis. That lack of information about one of Harper’s most-trusted advisers has only fed the mythology.

Her reputation is one of an enforcer: Byrne strikes fear into the hearts of staffers and MPs alike, partly because she’s the one who calls when they’re in trouble, but mostly because a dressing-down by Byrne is an exceedingly unpleasant experience. Those who have witnessed it say she gets loud and isn’t afraid of expressing her displeasure, even in front of a meeting full of staffers.

Those who spoke to Maclean’s spoke on condition of anonymity.

Jason Lietaer, who worked in the Conservative war room in 2008 and 2011, and is a friend of Byrne’s, says he’s been proud to work beside her.

“In 2006, 2008 and 2011, we wouldn’t have won any of those campaigns without Jenni Byrne in various roles, but certainly as a key part of the leadership team,” he said.

Friends and colleagues say Byrne isn’t afraid to be the one to discipline the team, but is also kind and generous, and doesn’t enjoy that enforcer role. She simply sees it as part of the job, and has a single-minded focus about accomplishing the jobs assigned to her. That is part of what’s gotten her to where she is: running her second national political campaign before her 40th birthday.

She’s also said to be of one mind with the party’s grassroots, having been raised in small-town Ontario, in Fenelon Falls, just outside of Toronto’s eastern outskirts. Byrne started nursing school but never finished, caught up in the intensity of politics and taken with Harper’s plan to remake Canada.

Her affinity for the Conservative leader’s politics goes hand-in-hand with another of her of her legendary abilities: Byrne is said to have a knack for thinking like Harper, although in a disagreement between her and Novak, it’s with him Harper sides almost every time.

But while Byrne spent time in Calgary during the Canadian Alliance days, one long-time Conservative who used to work with her suggested her knowledge of the grassroots is incomplete: she’s weaker when it comes to understanding the libertarian spirit of the western side of the party.

Even if Byrne is sidelined now, with a professional hired gun taking over messaging and Harper’s most trusted adviser in charge of staffing, she’s got a solid reputation within the party. When it comes to the Conservatives’ highs and lows, she played a significant role in getting them to the highs, and was fighting in the trenches during the lows. But one of her detractors suggests Byrne might find it lonely if the party can’t recover from its initial campaign stumbles, telling Maclean’s it’s a better idea to make friends on the way up so one has someone to rely on for the trip back down.

—With files by Paul Wells