For the hard luck Liberals, the pot bill is a rare moment of triumph 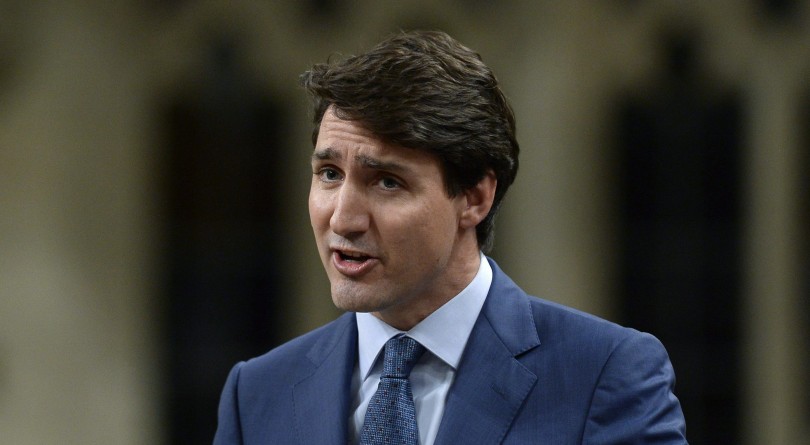 Prime Minister Justin Trudeau rises during Question Period in the House of Commons on Parliament Hill in Ottawa on Wednesday, June 20, 2018. (THE CANADIAN PRESS/Justin Tang)

The mood among Liberals when the Senate passed the government’s legislation to legalize cannabis this week was unusually exultant. Who can blame them? The last few months have brought anxiety and uncertainty on critical files ranging from carbon pricing, to First Nations reconciliation, to, of course, U.S. trade.

Pushing the pot bill through Parliament was a rare instance of a clear policy landmark achieved.

Yet even on marijuana, as I have reported before, making new law isn’t the same as accomplishing stated objectives. Justin Trudeau asserts that his core aim is to use regulation to keep weed out of the hands of teenagers. The Prime Minister points to how rules around alcohol have, or so he says, made it way harder for would-be underage consumers to get booze than pot. But the evidence is that teens don’t agree: many more say they find alcohol easy to get than think the same about cannabis. And booze is far more often used and abused by young Canadians.

Still, Trudeau ran on legalizing pot and it’s happening. The same can be said for a few other centrepiece pledges from his 2015 campaign. The creation of the Canada Child Benefit, bolstered by a modest middle-bracket tax cut and a surprisingly swift Canada Pension Plan reform deal with the provinces, provided a trio of related measures in the first months of this Liberal government that remain at the top of its list of bragging points.

More recently, though, it’s been a tougher slog. Take the Liberals’ signature promise to give Canada a sound climate-change policy. Back in late 2016, when Environment Minister Catherine McKenna hammered out her Pan-Canadian Framework on Clean Growth and Climate Change, only Manitoba and Saskatchewan were off-side. This month, Ontario’s premier-designate Doug Ford effectively yanked the biggest manufacturing province out of the pact; a win for Jason Kenney in Alberta next year would mean the biggest oil producing province would also join Saskatchewan’s Scott Moe in the resistance. A feat of federal-provincial diplomacy is fast turning into a fed-prov battleground.

There was also an early confidence that Trudeau would forge ahead on a new relationship with First Nations. The clearest election pledge in that complex portfolio was to launch an inquiry into missing and murdered Indigenous women and girls. That inquiry has been plagued with widely publicized troubles. The government’s recent decision to give it six extra months to finish its work seemed to satisfy few directly involved. On the bigger picture, it remains to be seen if Trudeau’s bid to establish a new “framework” for recognizing Indigenous rights proves to be turning point—or another point of frustration.

On military matters, National Defence Minister Harjit Sajjan waded in here to rebut critics who see the new defence policy he announced a year ago as ho-hum. Over the next six years, Sajjan says, it amounts to $6.5 billion in new cash funding, and $62.3 billion over two long decades. But what about two Trudeau lines that drew loud applause in the 2015 campaign? He promised to restore Canada’s peacekeeping tradition, but the new Liberal approach looks awfully cautious. And his emphatic vow not to buy Lockheed Martin’s F-35 joint strike fighter has turned into a prolonged decision-making morass, in which the F-35 jet remains a plausible eventual winner.

All this might seem secondary if the overarching Liberal commitment to delivering middle-class prosperity was a lock. In fact, the Canadian economy has outperformed expectations since Trudeau’s fall 2015 election victory, and forecasts point to its continued resilience. Still, consumer spending is slowing in the face of higher interest rates, and job growth, which has been strong, is expected to slacken somewhat. Meanwhile, Finance Minister Bill Morneau is mulling some sort of response to Donald Trump’s tax cuts, which Canadian corporations complain gives their U.S. competitors a worrisome edge.

Often forgotten in all the Trump-driven debate around taxes and trade is the high priority the Liberals put on infrastructure back in the 2015 campaign. As the Parliamentary Budget Officer has reported, they’ve been unable to spend on public works as fast as they’d hoped. And launching the new Canada Infrastructure Bank is taking longer than planned. Earlier this spring, Morneau told me the bank would be financing deals by the end of 2018. More recently, its new CEO said his first investments might not happen until well into next year.

That’s a lot of policy areas in which progress is halting or iffy or delayed. Some observers give the Liberals a pass, arguing that the need to respond to Trump has diverted vital political and public-service attention from other priorities. No doubt Trudeau’s marshalling of resources to flood the U.S. zone has been impressive—both re-channeling federal energies and harnessing the efforts of allies outside the government.

Unfortunately, Trump looks increasingly likely to inflict severe damage on the bilateral economic relationship—no matter how much attention Trudeau devotes to the White House, no matter what Foreign Minister Chrystia Freeland says or does. Canadian voters might well appreciate their efforts anyway, given all that Trump represents, even if the outcome isn’t optimal.

As Parliament prepares to break for the summer, Canada-U.S. relations stand as only the most pressingly problematic file for a government that’s coping with more than its share of them. With an election coming next year, the Trudeau government needs more moments like the passage of the cannabis bill—when it looks fully capable of overcoming instead of appearing overwhelmed.