For the TVA debate, there's a new kid on the Bloc

Politics Insider for Oct. 2: The Bloc Québécois strategy, Scheer's foreign-aid cuts and the results of the N.W.T. election 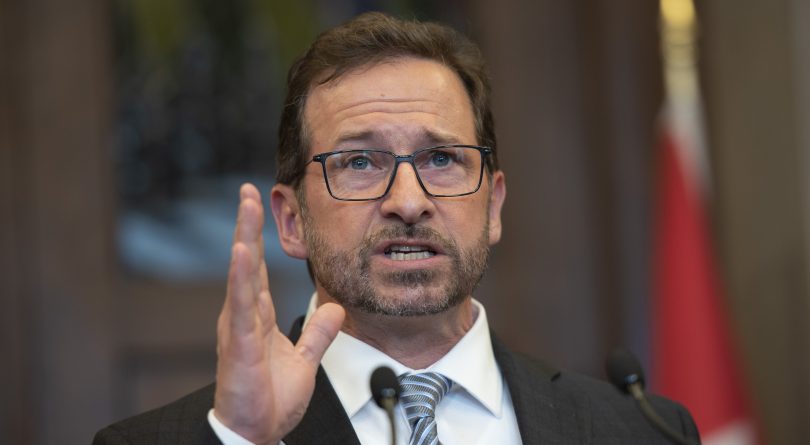 Bloc Quebecois leader Yves-Francois Blanchet speaks to reporters after the tabling of the federal budget in the House of Commons on Parliament Hill in Ottawa on Tuesday, March 19, 2019. (Justin Tang/CP)

Throwing a Bloc party. Federal party leaders haven’t all embraced their provincial counterparts evenly this fall⁠—Alberta’s Jason Kenney has probably been the loudest, but many premiers refuse or aren’t willing to make endorsements. Yet that hasn’t stopped the new Bloc Québécois leader Yves-François Blanchet from aligning himself firmly with his premier, François Legault of the Coalition Avenir Québec. Blanchet favours Legault’s most controversial ideals, including a values test for newcomers and a ban on religious symbols for government employees. Both the Liberals and Conservatives have lost support across Quebec since the campaign began, giving the Bloc a chance to swoop in and make itself relevant again. With 78 seats in the province up for grabs—almost a quarter of all seats in parliament—it’s a critical battleground.

The ultimate test will come tonight, during the first French-language debate. Elizabeth May and Maxime Bernier were not invited, but Blanchet will join Justin Trudeau, Andrew Scheer and Jagmeet Singh for the two-hour event, which will be televised on the TVA television network.

The boxer shoots a jab. Speaking of premiers, Trudeau took a one-two-punch at Ontario’s Doug Ford. Asked by a reporter how he would work with Ford if re-elected, Trudeau gave a smarmy response: “I am a parent with kids in the Ontario public system, and I really wish that Doug Ford would spend as much time focusing on my kids’ school as he does focusing on supporting his federal party.”

The irony, of course, is that Doug Ford is not really supporting his federal party; the man’s been all but blacklisted from the campaign trail this fall, owing to his damaged reputation and low approval ratings.

For his part, Ontario’s education minister, Stephen Lecce, replied to Trudeau with a higher-road response: “While the prime minister is hyper-focused on electioneering for votes, I will focus on keeping our kids in a safe learning environment.”

Mitigating a crisis. Trudeau’s comments about Ford came up during discussions about the Liberals’ proposed sort-of ban on handguns. The party decided against an outright national handgun ban, but on Tuesday, Trudeau spoke to reporters about his plans to allow municipalities to ban the firearms as they see fit. Mayors in the Toronto area, however, were not impressed: criminals and guns don’t exactly respect municipal borders, and illegal gun smuggling is a major driver of the problem. “It’s ineffective unless it’s more widespread,” Mississauga Mayor Bonnie Crombie. “So all of us here would have preferred to see it nationally.”

Part of the issue appears to be the logistics of a buy-back program. While the Liberals have budgeted to buy back legally purchased assault rifles, pistols would be a step too far. “The average price of these guns, say, would be somewhere in the neighbourhood of $1,500—and I haven’t got the precise number on that—and then there’s a million of them,” said Bill Blair, a Liberal cabinet member and Toronto’s former chief of police. “I think you can do the math—that’s a lot of money.”

Blair’s biggest rival. Bill Blair represents Scarborough Southwest, a riding that Liberals and the NDP have traded for decades. A true coup would be ousting Blair—and the Tories have got an excellent candidate to try. Capt. Kimberly Fawcett, a veteran who lost her nine-month-old son and her right leg in a tragic highway collision in 2006 and subsequently fought the government to pay for her prosthetic limb, signed on as the Conservative candidate, appearing with Andrew Scheer in a photo-op yesterday. For her, the political is also personal: she tried to contact Blair to help her with her cause, but he never replied. After the story emerged, he said his team found Fawcett’s email in their spam folder.

Take a break from federal politics. With all the hubbub over Oct. 21, you’d be forgiven to have forgotten the Northwest Territories’ election yesterday. Unlike provincial elections, every candidate elected is non-partisan, and they together select a premier from among their ranks during their first sitting. Catch the results here.

Russia’s man in St. John’s. How did John Stuart Durrant, a polylingual academic who wound up living in Newfoundland, become the east-coast honorary consul for one of Canada’s fiercest global frenemies? Nick Taylor-Vaisey lays out his path in this Maclean’s profile:

Cultural exchanges have dried up. Fewer ships from Murmansk, a port in northern Russia, sail into St. John’s harbour. Durrant stays out of the politics, emphasizing the narrowness of his role as a consular ofﬁcial. But the chill is a shame, he says. “We share problems that are identical,” given our similar climates and terrain, he says. “Even our polar bears could have a conference on their problems.”

As Canada feuds with Russia about its expansionist policy, Durrant leans on the “larger cultural context” at the core of his expertise. “Politicians come and go. Political issues tend to fade as history evolves. Things lose their sharp colour sometimes, and their sharp edges,” he says. “It’s the lessons of Tolstoy and Dostoevsky which persist. They’re universal.”

Scaling back. Andrew Scheer announced he would cut Canada’s foreign aid by 25 per cent, reinvesting those savings into domestic tax breaks. Specifically, he’d scale back assistance to wealthier countries, citing Argentina and Brazil, and repressive regimes such as North Korea and Iran. He would also cut funding to the United Nations’ Relief and Works Agency, or UNRWA, which operates in Gaza, a territory controlled by the internationally recognized terrorist group Hamas. Scheer called UNRWA an “anti-Semitic organization.”

Hudson declined to say much more, but the PPC’s draw likely hinged on libertarian-style fiscal conservatism. The erstwhile candidate also believed that climate change was a pressing issue, though, if one can glean from which articles he shared on social media; Bernier, meanwhile, has decided on a hardline stance against fighting climate change, not to mention his far-right stances on multiculturalism, immigration and “Canadian values.”