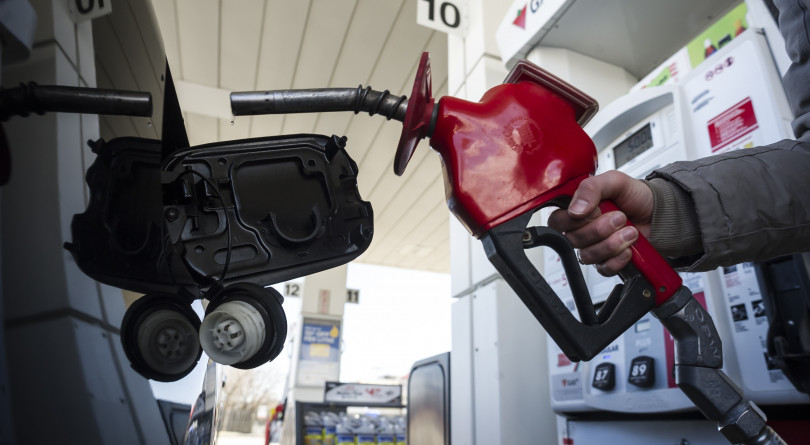 Since Doug Ford swept to power in Ontario last year, he and Prime Minister Justin Trudeau have often been at each other’s throats—particularly over Ottawa’s national price on carbon, which Ford claims will lead to a “carbon tax recession” and Trudeau heralds as an important step in confronting one of “the greatest challenges of our time.”

Heating up: This week the two will outsource their dispute to their lawyers. The Ontario government is asking the provincial court of appeal to decide whether the federal climate change law is unconstitutional. The four-day hearing before a five-judge panel, which kicks off this morning, will also hear from a number of interveners, including Saskatchewan (which still awaits an appeal court ruling on its own provincial carbon tax challenge) and British Columbia, the Alberta Conservatives as well as Indigenous, business and environmental groups. (The Canadian Press)

Canadians will be able to watch the court case unfold themselves. In a rare move the Ontario appeals court is allowing the hearings to be livestreamed, the first time it has done so since 2008. Beginning at 10 a.m., watch the livestream here.

Do-over: Trudeau was welcomed at a Sikh temple and parade in Vancouver Saturday, hours after his government agreed to take out references to Sikh extremism from a report on terror threats. The Public Safety report, originally released in December, had angered many in the community because, for the first time, it listed Sikh extremism as one of the top-five extremist threats to Canada, alongside Sunni extremism, right-wing extremism, Shia extremism and Canadian extremist travellers. (Canadian Press)

The move drew an angry rebuke from the leader of India’s Sikh-majority Punjab state, Chief Minister Capt. Amarinder Singh, who slammed Trudeau for what he called a “knee-jerk decision that was clearly aimed at protecting its political interests in an election year.” (Global News)

If only: With her fate as Alberta premier up in the air, the NDP’s Rachel Notley reflected on how things might be different today had the Trans Mountain pipeline expansion gone ahead. “Things would have been a little bit better,” she said on CBC’s The House. “There’s no question that last summer people were really looking up, there was a much higher sense of optimism, the economy had been moving forward in a better way, we led the country in growth the year before and we led the country in growth last year. It was when the pipeline was delayed and then at the same time we reached capacity in terms of takeaway capacity and the differential blew up, people suddenly got worried again, and things did slow down as a result. But at the end of the day what you have to do is remain focussed on the plan to get out of that problem, and that’s what we have.” (CBC News)

Fair mongering: Border Security Minister Bill Blair repeated his party’s claim that the Conservatives are “fear mongering” when it comes to refugees, even as the Liberal government faces criticism from refugee advocates for proposing a clampdown on asylum seekers. Even though the new Liberal proposals reflect some of the changes Conservatives have been calling for in recent years, Blair drew a distinction on motive: “There is no safety issue but there is a fairness issue,” Blair said on CTV’s Question Period. “We have a responsibility to Canadians to ensure that the system is managed in an efficient and fair way, so we’ve been taking steps to encourage people to cross at a regular point of entry and not to do it irregularly.”

Pick and choose: Jane Philpott may run again for another party, but as of right now, she’s not sure which, if any, she’d choose—it just wouldn’t be the Conservatives. Appearing on Question Period, she said she’s had conversations with the federal NDP and Greens, but that there are “too many policy differences” for her to join Team Scheer. While she said she’s still occasionally tempted to quit politics, she wants to find a way to run again because “I stood up and said what I believed, tried to advance the truth, tried to stand up on principle… and was essentially pushed away as a result of that. If people that are trying to do the right thing and standing up for truth and justice get pushed away and leave politics forever, I don’t necessarily think that’s a good thing, so I’d like to think that I could stay at it. (CTV News)

In the dying days of this campaign, it’s time for closing remarks. The party leaders will make their final pitches, sure, but I mean my own concluding observations:

What we learned about Notley and the NDP

What we learned about Kenney and the UCP: