Forgive, and maybe voters will forget 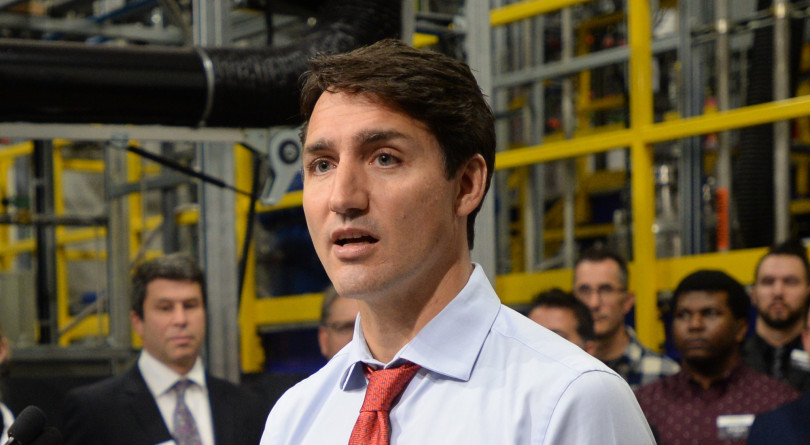 Rumble in the Outaouais: With just two weeks to go until voting day in a campaign that’s been dominated by talk of blackface, American-face and the finer points of airline cargo logistics and Saskatchewan insurance rules, maybe tonight’s first and last English language debate involving Prime Minister Justin Trudeau will push policy discussion back onto the agenda. That’s a big maybe.

Most of the leaders spent Sunday prepping for the showdown, though Trudeau took part of the day in Belleville, Ont. to plant trees and attack the Conservatives for not yet releasing their full platform.

It will be a crowded stage tonight in Gatineau, Que., what with Elizabeth May, Maxime Bernier and Bloc Quebecois Leader Yves-Francois Blanchet taking part alongside Trudeau, Andrew Scheer and Jagmeet Singh. The weekend political shows assembled their pundits to offer last-minute advice to the main three leaders. Distilled down, the advice was this: chasing a knock-out punch can do more harm than good, and — for Trudeau and Scheer in particular — be ready for the personal attacks when they come, because they will.

As mentioned, Bernier will be there, thanks to a late decision by election debate commissioner David Johnston, even though the most recent seat projection from 338 Canada has his People’s Party of Canada just winning just a 0.7 seats on Oct. 21 with his anti-immigrant, anti-UN, anti-climate action platform.  (See correction below.)

Unacceptable, but ultimately acceptable: While the Conservatives and Liberals each had a candidate’s history of deplorable comments come to light in recent days, only one of them still has a party to call home. On Friday the Conservatives booted Burnaby North-Seymour candidate Heather Leung after videos from 2013 and 2016 emerged showing the B.C. candidate making homophobic comments. Earlier in the week racist and sexist social media posts by Jaime Battiste, the Liberal candidate for Sydney-Victoria in Nova Scotia, also came to light, but Trudeau is standing by his man. “Why do I assume every skinny aboriginal girl is on crystal meth or pills?” he wrote in one 2012 tweet. On Sunday Trudeau accepted Battiste’s apology, even if he found the tweet “unacceptable,” while avoiding questions about why he might be so forgiving of past awful behaviour these days.

Courting the Indigenous vote: Over the weekend both Singh and May appealed to First Nations voters, a sizeable demographic that the Liberals can not confidently count on in the same way they did in 2015, and not just because the Trudeau government said on Friday it would appeal a Canadian Human Rights Tribunal ruling that ordered Ottawa to pay billions in compensation to on-reserve children and their families because of underfunding for child welfare services. Visiting the Grassy Narrows First Nation in Northern Ontario, Singh accused Trudeau of failing to resolve the travesty of contaminated drinking water there and in other First Nations communities and promised clean water for all. Meanwhile May pledged to establish a framework for Indigenous communities to opt out of the Indian Act.

Hypocrisy is the new gotcha, writes Jason Markusoff, and this campaign has plenty of it to go around, the most recent example being the debate around Scheer’s dual Canada-US citizenship:

Maclean’s spoke with John Richardson, a Toronto lawyer specializing in U.S. expatriate issues, who agrees it’s impossible that Scheer can wriggle out of his U.S. citizenship before the election (or a subsequent swearing in as Prime Minister, if he wins), unless the embassy arranges a special appointment and speedy authorization. He believes Canada’s leader shouldn’t be a dual citizen on principle, and argues there’s a particular reason American status is more problematic. That’s because unlike other countries, United States extends its laws, tax requirements and threats of penalties to citizens living abroad. “We can’t have him living subject to sanction by another country,” Richardson says. (Read more)

May’s many battles: It’s been several weeks since May stumbled into the abortion debate, but on the campaign trail in Saanich—Gulf Islands, B.C. Anne Kingston finds the matter still confounding the Green Leader, who blames Singh and the NDP for not being “honest about this”:

The issue continued to suck oxygen from the Green’s campaign at the very time the party is poised to build a caucus beyond the two seats it currently holds, at a time millions are marching in the streets led by a 16-year-old Swedish schoolgirl against government inaction on the climate crisis, at a time May has urgently called the election a “national referendum on climate crisis.”

On the campaign trail in her riding over the past few days, May diverted energy that could be spent attacking the provincial NDP’s record on energy and its support of the LNG pipeline, a major sore point among environmentalists who have been longtime NDP supporters. She’s “disappointed” in Singh, May has said, for spreading false information about the Greens. May hinted something more was up on Thursday. (Read more)

A foreign affairs fiasco explained: How did an avid fan of Syria’s bloody Baathist regime receive honorary consul status from Global Affairs Canada? Last month Terry Glavin reported for Maclean’s that Waseem Ramli had scored the diplomatic credentials, after which Foreign Affairs Minister Chrystia Freeland ordered those credentials revoked and sought an internal report into how it all happened. Now we have the answer, Glavin writes:

It’s not just that the officials looking at Ramli’s less-than-ideal qualifications were not among the Global Affairs officers who can speak and read Arabic. The Canadian Security Intelligence Service was copied on Ramli’s application but saw no reason to intervene, Maclean’s has been told, because Ramli didn’t show up in any CSIS database of known or suspected spies, terrorists or other such clandestine foreign-power operatives. And nobody from Global Affairs picked up a telephone to ask around the Syrian refugee community about what people thought about Ramli.

Correction: An earlier version of this article stated a 338 Canada vote projection gave the People’s Party of Canada a 0.6 per cent chance of winning a single seat. That is not correct. It should have said the vote projection has the PPC winning 0.7 seats. Maclean’s regrets the error.