Gord Downie, for the record: 'Thanks for listening.' 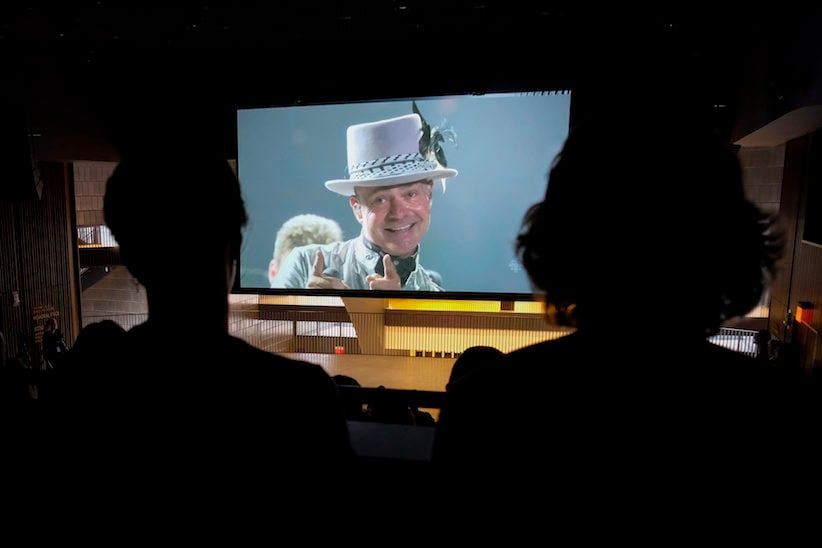 For the record, here’s what Gord Downie said when he stopped to address the crowd during the Tragically Hip concert in Kingston last night:

We started here, as you know, and opened up to 13 people. At our next show we had 28. And the next Kingston show after that we had six.

That’s my favourite gag to do on this trip.

We’ve played here a thousand times, played all the rooms. Really glad about being here in Kingston, we could play the university and we could play for the bikers. Our idea was that everybody is invited, everybody is involved. We tried to write that way and tried to think that way. We went through a period there where we hard to work very real hard to get the girls to come because the guys were just scrapping and being really weird. So now we got the girls to come back. Thank you to whoever did that. On behalf of the boys [the band] and the men and women of our crew, thank you for a great tour and great show. We really enjoyed the hell out of it. We’re going to go in the back and we’re going to act like we left, and you’re going to cheer and we’re going to come out and play.

[Later in the show]

Thank you to the Prime Minister for coming to our show, it really means a lot to all of us.

The Prime Minister, he’s going to be looking good for at least 12 more years. We’re in good hands, folks, real good hands. He cares about the people way up North, that we were trained our entire lives to ignore, trained our entire lives to hear not a word of what’s going on up there. And what’s going on up there ain’t good. It’s maybe worse than it’s ever been, so it’s not on the improve. (But) we’re going to get it fixed and we got the guy to do it, to start, to help.

Thank you everybody. Thanks for listening to that.

Thanks for listening, period. Have a nice life.