Here are the issues Canadians care about the most this election

According to data from our Policy Face-off Tool, 74 per cent of Canadians have one surprising policy desire. Could science be a sleeper issue?

Maclean’s readers are overwhelmingly in favour of a policy that would put an end to Ottawa’s well-trod path of data destruction and scientist silencing. A month ago, we published the Policy Face-Off Machine, an online tool that pits two policies against each other at random, asking you to choose which you prefer. The catch? The parties pitching the policies aren’t identified when you’re making the pick. Well, we’ve been keeping track of these policy votes and, with more than 100,000 visitors already, we’ve got a great pile of data on what proposals Canadians prefer. With some surprise, we’ve discovered that Canadians really want government-funded science made available to the public. In fact, that Green- and Liberal-backed policy was chosen over other policies three out of four times, and is the tool’s most-picked policy to date. See the chart below to see what other proposals were picked the most, then head over to to the Face-Off tool to try it for yourself. You might be surprised at the results! 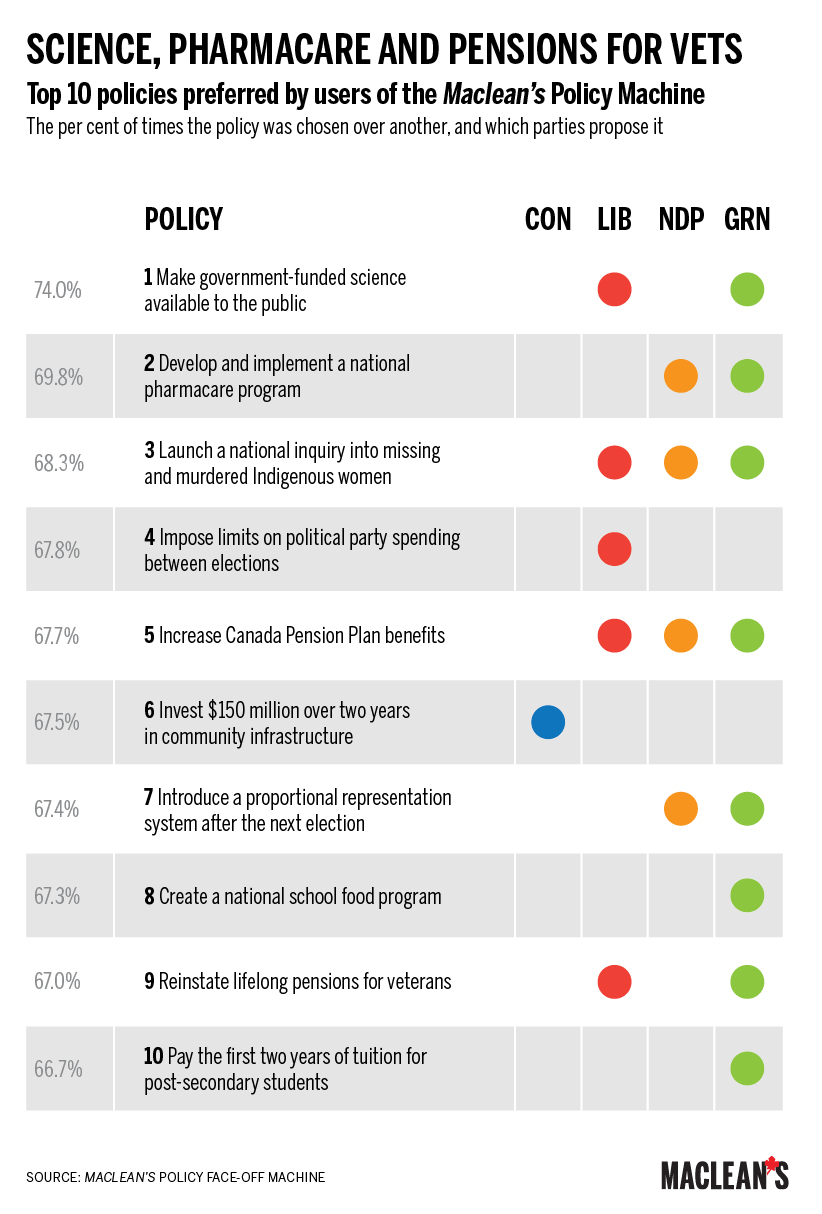