Here's how Quebec's immigrant vote differs from the rest of Canada

A curious thing happens when newcomers to Canada cast their ballots in Quebec. We charted it out.

After the last three federal elections, Ipsos has conducted exit surveys with tens of thousands of people across the country, more than 12,000 of whom were immigrant voters. The market research firm found that outside of Quebec, immigrant votes more or less mirror the votes of other Canadians. However, in Quebec, an interesting pattern emerges. Immigrant voters express significantly less support for the Bloc Québécois. Instead, these votes tend to go to the Liberals. Check out the chart below to see how the votes have broken down in Quebec and the rest of Canada over the last three elections. 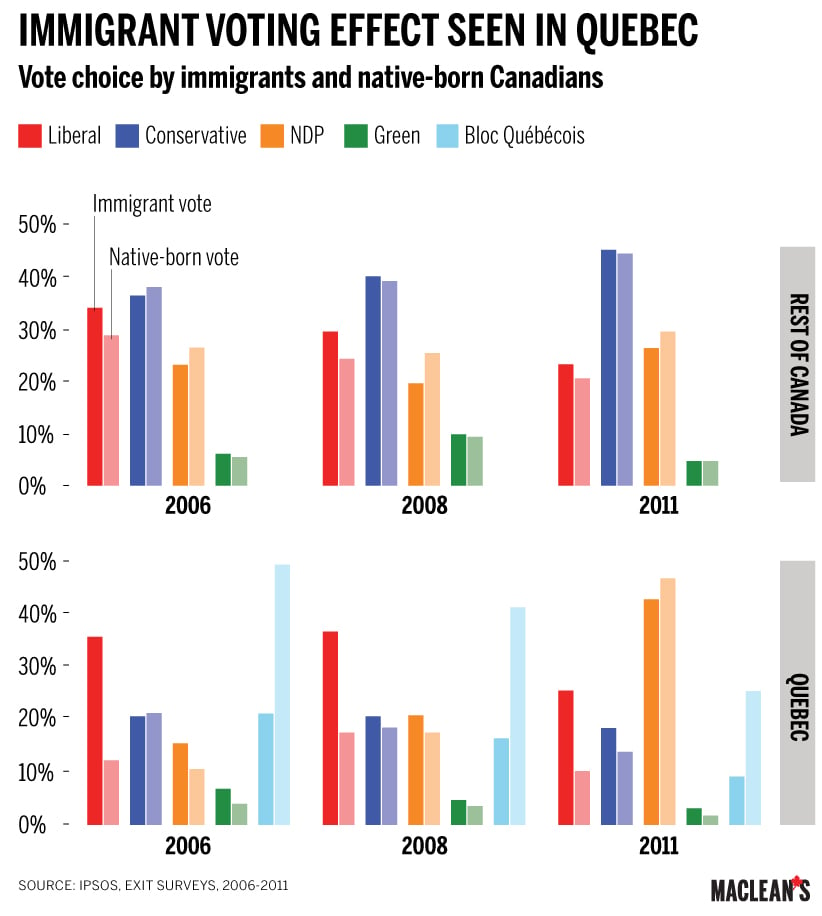