From mandatory voting to the politics of air strikes 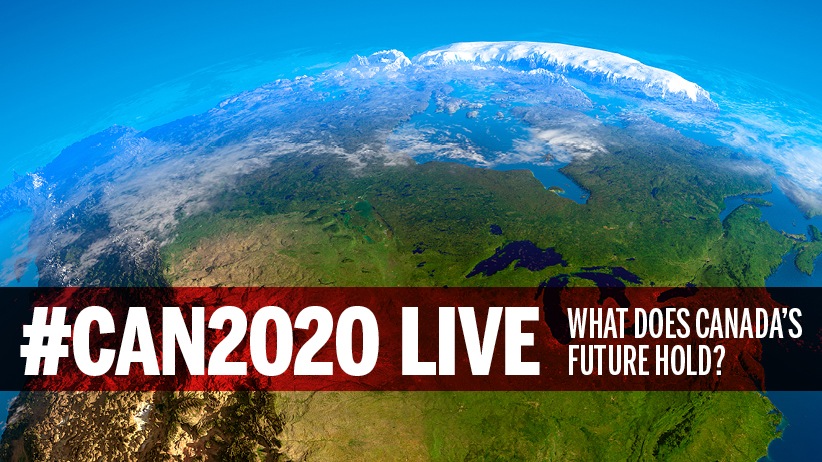 The first day of the Canada 2020 conference—a gathering here in Ottawa of self-declared “progressives,” mostly Liberals with a few stray New Democrats and a couple of lonely Conservatives—featured experts holding forth issues ranging from income inequality and infrastructure, to public opinion and political strategy.

From my own idiosyncratic sampling of sessions, and in no particular order, some interesting points that caught my ear:

Frank Graves, president of EKOS Research,  framed the broad public-opinion climate as overwhelmingly favourable to the progressive side of the political spectrum—to the delight of the Canada 2020 crowd. (Click here to see his presentation notes.) But he was more pointed on a couple of controversial issues, including what to do about the dismal turnout during elections by younger voters.

“I’ve worked with a lot of groups that tried to get young voters out—trust me, it’s really hard. I’m not that sanguine about the prospects of improving it through better education, moral suasion, whatever,” Graves said. Then he cited the Australian experience with legally required voting since 1924: a 93 per cent turnout and 85 per cent approval of the law.

Even better, Graves argued it would improve the behaviour of parties. “You know what it makes parties do? They no longer have this focus on, ‘How do I get out my vote?’ or, more insidious, ‘How do I keep home the other vote?’ It shifts them to thinking, ‘How do I market ideas for everybody?’ ”

Related post: An escalator pitch from Frank Graves on Canada in 2020

Will Marshall, president of the Washington-based Progressive Policy Institute, brought a message that many Liberals, who are preoccupied by inequality, might have squirmed a bit to hear. “I do not know how we do anything about [inequality] that is real and consequential and politically saleable, to be blunt about it, without much more robust growth than we now have,” he said at the “progressive growth” panel.

“We have to be as passionate about creating new wealth as we are about spreading existing wealth around,” Marshall said, before touting how the “digital revolution” sector in the U.S. has created many jobs in recent years in areas like app development. He even suggested a focus on cutting government regulation that stifles job-creation, though not in the financial services industry or concerning environmental aims like cutting greenhouse gas emissions.

Replace bromides about education with clarity on education’s aims.

But the panel’s moderator, Diana Carney, the London-based editor of Making Capitalism More Incisive pressed for something, well, more incisive. “The question I would have is what are we educating for?” Carney asked. “We have a world where technology is taking our jobs, we don’t really know what’s going on.”

On the Canadian situation in particular, Carney pointed to data that shows merely churning out post-secondary graduates isn’t good enough. “We do have one of the best-educated workforces in the world already,” she pointed out. “So what more can we really do in that area?”

Debate and shape policy for an older Canada with fewer workers.

When it came to directly addressing the questions about education raised in the morning by Carney, the most direct answers came in the afternoon—and not from any progressive. Employment Minister Jason Kenney, facing a room that would like to see him in a different job, talked about the need to create a Canada where apprenticeships and vocational training are esteemed equally with university degrees.

Kenney acknowledged studies that show how Canada, as a whole, doesn’t really suffer a national labour shortage. But he argued the picture is more complicated when you look more closely. “It is demonstrably true that in various regions and industries there are skills gaps,” he said, “and it is only going to get worse.”

Why worse? Kenney reminded the room about the fundamental impact of demographic change. “This is what you’re talking about here in Canada 2020,” Kenney said. “Surely the backdrop of this conference is the changing nature of our democracy—the aging of our population, the shrinking of our domestic workforce.” Actually, I hadn’t heard much about those troubling trends until he mentioned them.

Worry less about the very rich, more about lower-income earners.

Aside from Kenney, Mark Cameron, a former adviser to Stephen Harper, and now a vice-president at the Hill and Knowlton consulting firm, was perhaps the top Tory who braved the conference. At that income security panel, his view of inequality was nuanced: Cameron acknowledged the depth of the problem, but suggested worrying about the very rich misses the point.

“The stratification has really increased,” he said. “There’s strong evidence that the median has grown in Canada and elsewhere, but when you see people at the top end doing exponentially better, that creates a greater sense of social stratification and breaks down social cohesion, in the sense of the being part of the same society, the same social contract.

He went on: “So that’s a worry. But I think the bigger worry is opportunity for all. I’d be more concerned about the bottom quintile, the median, and where they are in absolute terms, rather than focusing on the one per cent or the point-one per cent.”

We’d know better where to build infrastructure if we charged for using it.

David Dodge, the former Bank of Canada governor and super-mandarin, has credibility that crosses all ideological lines in Ottawa. But when he spoke about the need for infrastructure spending—perhaps the only policy prescription that rivals education (see above) as certain to raise no objections—he touched on an idea many progressives find uncongenial.

Dodge suggested Canadians should pay for more of the sorts of services that require heavy public infrastructure investments, to provide a price signal that shows what people really want. “We’re all familiar with paying taxes for sewers on our water bill, which is a reasonable approximate of the sewage services we use. When we have those pricing mechanisms, we can really make a judgment as to whether the infrastructure investment is going to yield real returns for the economy,” Dodge said.

He said drivers could be made to pay more of the cost of roads and highways, for example, and new technology means it wouldn’t have to be through annoying toll booths. Failure to properly charge for roads makes it harder to pay for mass transit, he pointed out.

“These are big issues,” he added, “but very hard for the political side in this country to deal with.”  No argument from the many on the “political side” in the room who didn’t show any great eagerness to pick up on this very sensible idea.

Related post: An escalator pitch from Don Iveson on Canada in 2020

Harper likely wants a clear fight with Trudeau and Mulcair on Iraq.

The big draw of the day was, of course, Liberal Leader Justin Trudeau. He gave a speech framing his grave reservations about Prime Minister Stephen Harper’s plan to propose that Canadian fighter jets be sent into action in northern Iraq. But Trudeau went further, in a brief interview on stage with Canada 2020’s Don Newman after his speech, suggesting Harper wants to create a clear partisan contrast on the issue.

“The Liberal party will of course look forward to and participate in and ask tough questions in the coming debate,” Trudeau said. “But I don’t think it would surprise anyone to hear me say that I really think the Prime Minister, so far, has not understood that there is an extremely high responsibility on him to be open and forthright and make the case for this.”

Then Trudeau got to the political crux: “Indeed, it seems he has decided he wants the opposition parties to vote against this military adventure of his.”  If Trudeau is right, then the coming debate should be seen as a bid by the Prime Minister to position himself as resolute against Islamic State terrorists, while Trudeau and NDP Leader Thomas Mulcair are unwilling to bomb the bad guys.

That might be the right way to analyze the debate. But if Canadian CF-18s successfully strike IS targets in the coming days, what was said in the House won’t echo very loudly. And it’s not obvious to me that many Canadians will regard that action as Harper’s personal “military adventure,” rather than seeing it, as they do most Canadian military actions, as the country’s.

Justin Trudeau tries to find his place in the Iraq debate