His master's voice: a foreign policy that is actually noticed 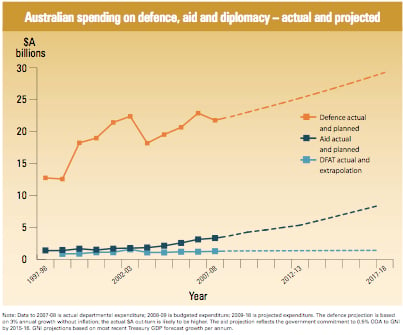 After a decade in power, John Howard landed himself a presidential invitation to Blair House in Washington, and left his country’s diplomatic apparatus to rot. The story. The report.

Some people will be delighted that Australian diplomacy stagnates while it diligently builds its armies. Indeed I have colleagues who sometimes contrast Canada’s mealymouthed whatever with the fine, virile, manly-man stance of the great, wonderful Howard government. They are invited to compare and contrast Canadian combat casualties in Afghanistan with combined Australian casualties in Iraq and Afghanistan.