Our editorial: Voters around the world are angrier than ever, and Canadians are no different. That could spur low turnout in the next election. Here's how to avoid disaster. 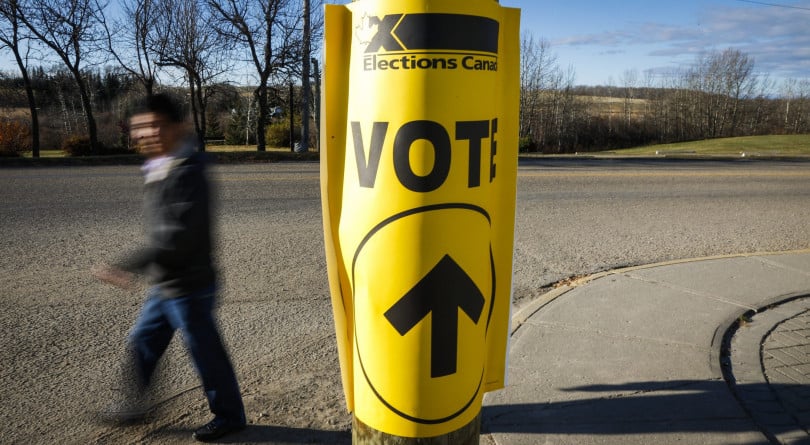 Keep ’em smiling. Incumbent politicians are well-advised to ensure voters are feeling happy prior to an election. But what does happy really mean?

Conventional wisdom has long held the economy is the fount of all happiness. Any politician clever, or lucky, enough to have a healthy job market, rising GDP and low inflation has generally been assumed to have victory in hand. With Canada currently enjoying near-record low unemployment, modest inflation and decent growth, this suggests the current government may be in for an easy ride in the federal election this October.

READ MORE: 2019 federal election platform guide: Where the parties stand on everything

While the economy is never unimportant, we are learning other factors often play a bigger role in voting patterns. George Ward is an expert on voting behaviour at the Massachusetts Institute of Technology; his recently published research reveals self-reported levels of emotional well-being—or “happiness”—is actually a stronger predictor of election outcomes than traditional metrics such as GDP, unemployment and inflation. “We’re finding people seem to respond at the ballot box to their perceived level of well-being,” Ward says in an interview. “Things like mental health, the quality of the environment and overall sense of community can all have important knock-on effects on elections.” Happy folk are more likely to be engaged in the political process, both as voters and volunteers. And they strongly support incumbents.

This makes intuitive sense. If you’re pleased with life in general, you are probably inclined to give the current government another go. But the bad news for incumbents is that the dominant electoral emotion these days doesn’t appear to be happiness, but rather its unpleasant opposite. According to the 2019 Gallup Global Emotions report, 22 per cent of the world’s population said they felt anger the day before they were surveyed—up two points from the previous year’s peak. Global anger “is hitting a new high,” the pollster concluded. The same grim outlook holds for Canada. A recent Nanos poll found Canadians are twice as likely to say they feel angry or pessimistic when thinking about the federal government, as opposed to optimistic. Self-reported happiness is also falling in Canada.

RELATED: Federal election 2019: When is it? Who’s running? And other FAQs.

Angry voters are typically less likely to vote, but when they do, they want big status-quo upsetting changes of the sort seen in the 2016 Brexit vote and the election of U.S. President Donald Trump. (Of course, sometimes these feelings have nothing to do with politics; Ward points out bereaved widows are more likely to vote against incumbent governments, presumably because they’re displeased with how their lives are going.)

All this presents something of a political conundrum: while anger looks to be in ascendancy around the world, happy voters remain more reliable and engaged members of society. So where should a politician place his or her bets? Ward’s research suggests anger-friendly populists such as Trump may have found new ways to activate their relatively small and typically unenthusiastic cohort of voters using social media or other motivational techniques in ways that have temporarily overwhelmed more contented folk. It is also possible that many voters simply need some new reasons to feel good about themselves in these discordant times. This suggests to us, as optimists, that there’s plenty of room for savvy Canadian politicians to return happy voters to their traditional position of dominance by committing to a civil, inclusive and passionately upbeat campaign this October.

Instead of stoking fear and resentment, we suggest politicians focus on making voters feel better about themselves and others. Surely that’s the winning strategy.

This article appears in print in the September 2019 issue of Maclean’s magazine with the headline, “The ascendancy of anger.” Subscribe to the monthly print magazine here.