How parental leave is the Trojan Horse of election promises 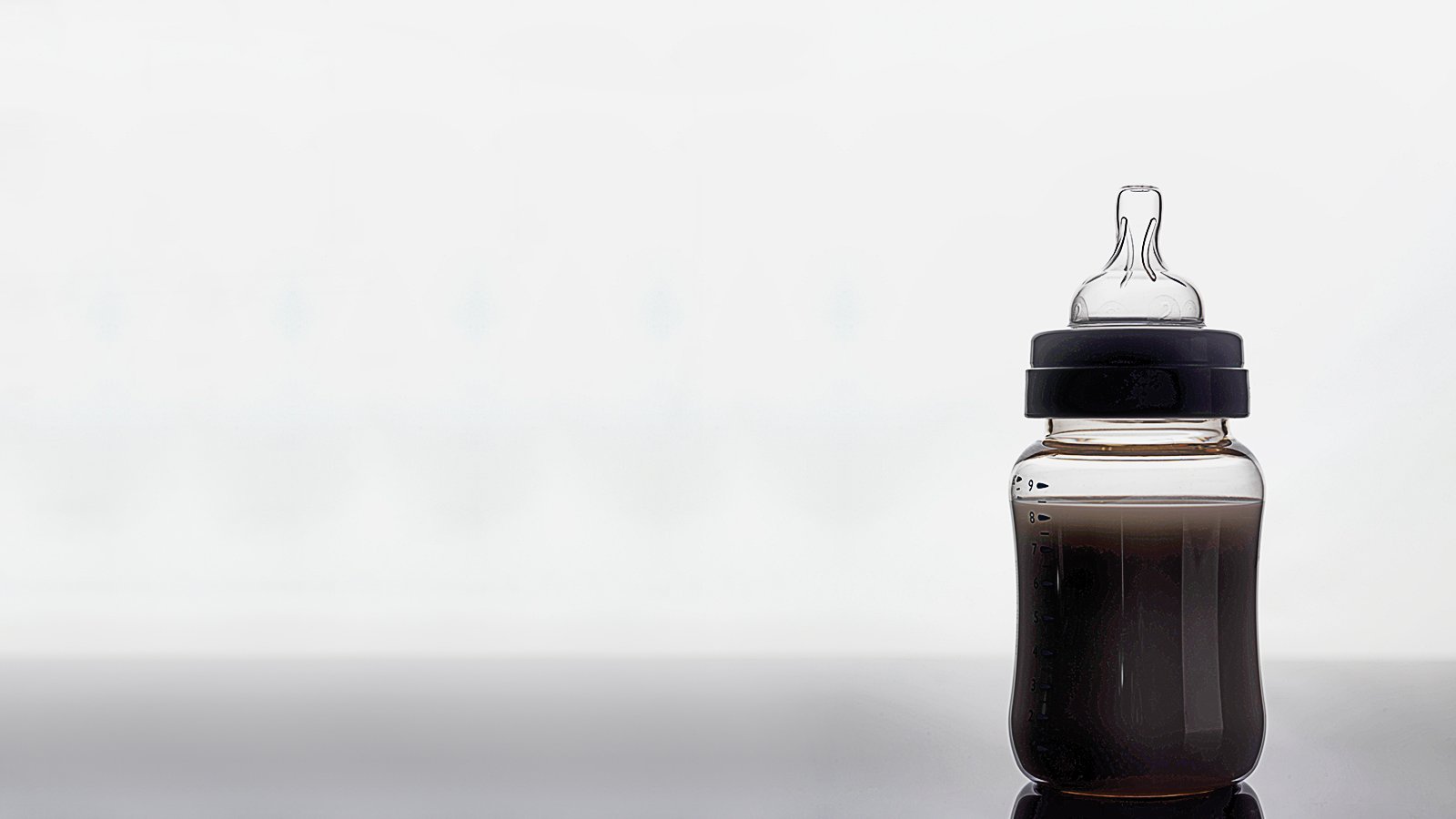 Wednesday’s announcement by Stephen Harper that his government would extend federal parental leave from a maximum of 12 months to 18 months might seem, at first glance, a ray of progressive sunshine in a contemptible election campaign that has seen issues related to the female gender dismissed, distorted and avoided, unless they involve telling women how they must dress. (Only the day earlier, for instance, Harper announced, to little surprise, there would be no federal inquiry into murdered and missing Aboriginal women.) And certainly the Conservatives’ parental-leave extension, which mirrors a Liberal pledge, is targeted at women, despite the gender-neutral terminology: “Ninety-three per cent of people who receive parental benefit leaves are women, so we’re talking women,” says Kate McInturff, a senior researcher at the Canadian Centre for Policy Alternatives.

Related: A Q&A with Kathleen Lahey on how work leave affects women

The Conservatives’ surprise bid to mothers at this late date in the election is also consistent with what Sandeep Prasad, executive director of Ottawa-based Action Canada for Sexual Health and Rights, a pro-choice charitable organization, sees as a longstanding pattern in Conservative party attitudes toward reproductive health and rights, one that summons dystopian imagery from Margaret Atwood’s The Handmaid’s Tale: “Over the last six to eight years, we’ve seen the government of Canada take an approach that instrumentalizes women as child-bearers,” the lawyer told Maclean’s a day before the parental-leave announcement was made.

When Laureen Harper introduced her husband Wednesday at an event in Saskatoon, she called the program a “game-changer” for working families. If only that were true.  Parental leave up to between six and 12 months is great for working women, says McInturff, who specializes in gender equality and public policy. “Beyond 12 months makes it tough to get back in the workforce. In countries with extended leave, fewer women are going back to work, and not always by choice.”

A constellation of issues comes into play when women spend that much time away from work, she says: “Their skills are perceived as out-of-date, whether they are or not, by employers, or they might have  a harder time fitting in and be given lower-profile assignments.”

Kathleen Lahey, a law professor at Queen’s University who has studied parental leave, says the European countries that have granted up to four years of paid leave—Nordic countries, Germany, Austria—also have the highest rates of lifetime part-time employment for women. “It’s such a step-out of the key years of employment,” she says.

Both the Liberal and Conservative plans fail to include a crucial element, says Lahey: access to affordable daycare, a subject once upon a time promoted at every turn by Tom Mulcair as a cornerstone of the NDP platform before the niqab flap hijacked all conversation. Research backs this up, says McInturff. Nearly one-third—32 per cent—of women who work part-time identify lack of access to child care as the reason, she says. “Only four per cent of men say the same,” she says. “So there’s a clear unbalance.”

Yet the fact parental leave is almost always taken by women fails to address the desire of both parents in a dual-income family to share time off and child care responsibilities, McInturff says. Absent from the conversation, oddly, is paternity leave, she says: “European research shows that if you set aside paid parental leave that can only be accessed by fathers, fathers will access it.” Quebec, which implemented paternity leave in 2006 and has publicly funded daycare, is a model for policies that allow women to make realistic choices—choices they can afford, she says. Seventy-six per cent of fathers in Quebec take paternity leave, versus 26 per cent in rest of country, and they take more than twice as much time off and take on more household duties, she says: “And it’s not because men love in Quebec love their kids more. Men want to spend time with kids.”

The result has been positive, she says: “You see fertility rates going up; you see women’s employment going up at the same time. Women are having more children and are also working, which suggests that is what those women want to do. And they are able to do that in part because they have affordable child care.”

Related: Why men can’t have it all

Extended parenting leave is consistent with other Conservative policies billed “family-friendly” unrolled earlier this year, including income-splitting and an increase in the universal child care benefit, says McInturff.  All benefit a small select group, she says, expressing doubt that self-employed workers will benefit as much as suggested: “Only 12 per cent of working women are self-employed, and a very small fraction of those women are going to have access to Employment Insurance,” she says. More insidious is the fact these policies are cloaked as offering “choice,” but they have the opposite effect.

“Both income splitting and extended parental leave have been shown to reduce women’s participation in paid work in countries were they have been introduced,” says McInturff, particularly among highly educated and high-earning women. This is not in the best interests of either women or society, she notes: “At a time when we’re in a recession and we’re looking forward to extremely slow growth, we’re taking a whole group of women out of our workforce and making it harder for them to return. That’s certainly not helpful to our economy.”

Related: Working fathers are going ‘all in.’ Inside the daddy wars

Measures to allow new mothers and fathers to bond with their children would seem like electoral gold. Yet it’s discordant when played out against a backdrop of inattention to gender inequity during the campaign—violence against women, reproductive rights, pay equity. It is also problematic given the Harper government’s history of eroding gender equity at home and abroad. One of its first acts after election in 2006 was to cancel a national multi-billion dollar national daycare program that the previous Liberal government had negotiated with the provinces; the universal program was “replaced” by a taxable $100 a month payment to parents of children under six, a pittance compared to the cost of professional child care. In 2009, the government quietly dismantled pay equity as a right by stealthily passing the Public Sector Equitable Compensation Act in the budget. The 2012 budget drew criticism for cutting  the Women’s Health Contribution Program, six organizations studying how government policies on everything from toxic chemicals to the legacy of residential schools impact women’s health. The same year, the National Aboriginal Health Organization, which addressed infant and maternal health as well as other vital health issues such as suicide and addiction, was shuttered. There was outrage as well over the 2102 shut-down of the respected non-partisan human rights group Rights & Democracy founded by the Mulroney government to advance the rights of women abroad. Last year, the Canadian Centre for Policy Alternatives published a damning report concluding that gender equity in Canada has “persisted and worsened” — “particularly in terms of violence against women, political rep­resentation, economic security, access to social services, and the additional barriers to equality faced by Aboriginal women and girls, racialized women, women with disabilities and women from sexual minorities.”

Issues surrounding reproduction are a particular flashpoint with the Harper government, says Sandeep Prasad of Action Canada for Sexual Health and Rights who points out women in Canada do not have equal access to abortion; it is a medical procedure currently unavailable in  P.E.I. “We’ve seen a complete lack of willingness to enforce the Canadian Health Act to ensure that abortion—a necessary medical service—is provided,” he says. Prasad cites the 2010 Canada-led Muskoka Initiative on maternal, newborn and child health in developing countries, and its follow-up launched last year, as other examples of the government actively denying women’s agency in reproductive health in its unwillingness to fund contraception and refusal to fund safe abortion services.

“It’s quite telling that the government has shown this striking antipathy for contraception and abortion because these two health services are crucial for women to have autonomy over their reproductive decision-making,” Prasad says. He sees a profound bias in government funding priorities surrounding women: “There’s no question that the government has favoured the lives of mothers over other women, he says. “That has been very consistent in its messaging.” Given this week’s unexpected offering to Canadian mothers, the comment takes on new and troubling resonance.