How Stephen Harper’s open federalism changed Canada for the better

Under Harper, Ottawa was no longer the voice of sanctimoniousness and unhelpful intrusions into health care, education and other provincial responsibilities 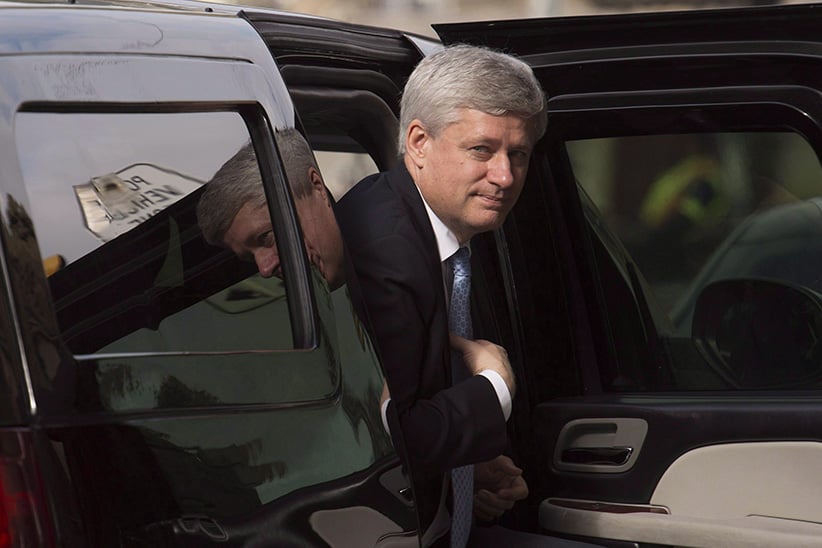 Ken Boessenkool and Sean Speer are authors of Ordered Liberty: How Harper’s Philosophy Transformed Canada for the Better, published by IRPP and were senior advisers to the Rt Hon. Stephen Harper.

There are few areas in which the Right Honourable Stephen Harper reshaped Canada more significantly than federalism. Federalism has been at the heart of his conservative vision from early intellectual development. He came to see it as the basis to reduce the size of the federal government, to accommodate different regional interests and priorities (including Quebec nationalism), and to further decentralize decision-making closer to the individual and family. It was one of the issues that most animated him, and his record in restoring a conception of classical federalism stems from this deep personal belief.

Harper had a long record of writing and speaking about Canadian federalism and the need to restore greater provincial and territorial autonomy prior to becoming prime minister. Indeed, with the two writers of this piece, he co-authored several newspaper op-eds in the early 2000s on the potential for a new “decentralist agenda” for Canada. He was also famously a co-signatory of the “Firewall Letter,” (again with one of us) which called on then-premier Ralph Klein to push back against the Liberal government in Ottawa’s centralizing vision with an “Alberta agenda.” His advocacy for classical federalism was long-standing.

It also has strong intellectual roots in Harper’s amalgam of classical liberalism and traditional or Burkean conservatism: a fusion we have dubbed “ordered liberty.” Classical liberals and Burkean conservatives may not find uniform agreement on every issue but federalism is certainly a point of convergence. A classical liberal would argue that local control is the best protection for individual liberty. It provides for greater choice and allows for an individual dissatisfied with local governance to migrate elsewhere. A conservative would share this preference for local control because he or she supports community action over centralized bureaucracy. It provides for local trial and error and experimentation over conformity. This intellectual basis was a major source of Harper’s vision of federalism in Canada.

But witnessing decades of federal intrusion into provincial jurisdiction was also a powerful motivating factor. Successive Liberal governments had little interest in the actual responsibilities of the federal government and instead seemed more determined to dictate provincial policy decisions through new federal mandate and cost-shared programs.

Harper’s electoral victory in 2006 was in part a recoil against this centralizing vision. His commitment to “open federalism” distinguished him from the other party leaders. And he took significant steps to deliver on this vision during his time in office.

The first step was growing major transfer payments as he did in the 2007 budget. The budget provided $39 billion over seven years in incremental transfer payments to the provinces and territories and set out a vision of unconditional transfers distinct from the previous government’s modus operandi. The message was that the federal government would provide stable, predictable, long-term transfer payments and then it would be up to the provinces and territories to decide how best to use the funding. Critically, no new conditions would be placed on this new funding. Provinces could, by and large, spend as they saw fit.

The third step came with the Harper government’s controversial decision not to negotiate a successor to the Health Accord. Instead the government announced its funding plan for 10 years beginning in 2014-15, and, with the exception of the Canada Health Act, imposed no new expectations or considerations. It is safe to say that it shocked the provincial governments. They had expected a long and protracted negotiation in which they would be able to work together to extract as much new funding from the federal government as possible. Indeed, the negotiation of the Health Accord had lasted late into the evening in 2004 and only ended when then-prime minister Martin ceded to most, if not all, of the premiers’ demands. Harper’s funding announcement, without new strings attached, left it to the provinces and territories to deliver health care without federal involvement.

The final step⎯at least with respect to major transfer payments⎯was to protect them while the government cut spending in order to eliminate the deficit. As discussed earlier, Harper’s deficit elimination plan focused on federal discretionary spending and left major transfer payments untouched—unlike his predecessors, who paid lip service to co-operative federalism but then implemented massive cuts to health and social transfers.

The result of Harper’s vision of classical federalism is that Ottawa was no longer the voice of sanctimoniousness and unhelpful intrusions into health care, education, and other provincial responsibilities. The separatist threat has never been at a lower level, and, as a result, national unity is stronger than it has been in several decades. Harper’s own conservative coalition has not frayed along regional lines as Mulroney’s did. It is a good example of his intellectual and political aptitudes and the useful marriage of his traditional conservative and classical liberal philosophical underpinnings.