How the Trudeau Liberals stumbled into a fight with religious groups

When the government required summer jobs grants applicants to make an 'attestation' that they support Charter rights, it set off a battle over federal overreach 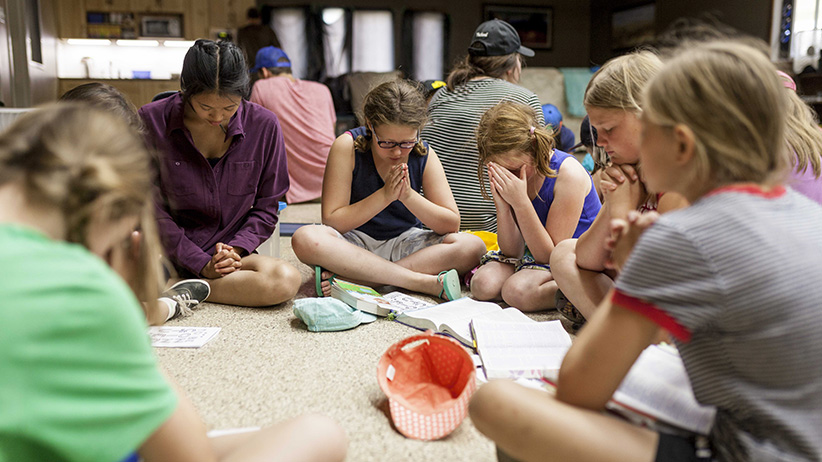 This can’t be the fight the Liberal government thought it was picking. Late last year, Employment and Social Development Canada posted an updated application form for the annual Canada Summer Jobs (CSJ) program on its website. It contained a new wrinkle: groups applying for funding would have to “attest” that their “core mandate” respects certain rights—including “reproductive rights.”

The main aim seemed to be to deny anti-abortion groups CSJ grants. But outraged resistance arose from all sorts of religious organizations that customarily hire students as camp counsellors and for other typical summer jobs.

Employment Minister Patty Hajdu said it was all a big misunderstanding. After weeks of rising anger from faith-based organizations, her department issued “supplementary information” on the new requirement, which by then was being referred to, rather ominously, as simply “the attestation.”

When it comes to a group’s core mandate, the department said it’s concerned only about the “primary activities undertaken” and “not the values of the organization.” Hajdu told Maclean’s that that should satisfy anyone worried about Ottawa prying into what they do or don’t respect. “There are very few organizations in this country that would have a hard time attesting that their core mandate respected the Charter of Rights and Freedoms,” she says.

In fact, a lot of big religious groups didn’t see what the government was demanding of them as anywhere near that simple. Lined up against the attestation were organizations ranging from the Evangelical Fellowship of Canada and the Canadian Conference of Catholic Bishops, to the Canadian Council of Imams and Toronto’s Orthodox Jewish Shaarei Shomayim synagogue.

The Abortion Rights Coalition of Canada (ARCC) is credibly credited with first prodding the Liberals to look at tightening up the CSJ application. Last spring, the ARCC issued a news release complaining that four anti-abortion groups received CSJ funding, including more than $56,000 last year for the Canadian Centre for Bio-Ethical Reform and more than $40,000 for the Campaign Life Coalition. “We wanted anti-abortion groups to not get this funding,” says Joyce Arthur, ARCC’s executive director, “and the government chose to implement the attestation requirement, which is a pretty neat solution.”

It might be a solution, but neat is a stretch.

The attestation requires groups seeking CSJ grants to “respect individual human rights in Canada, including the values underlying the Canadian Charter of Rights and Freedoms as well as other rights.” Some faith-based groups say they might have accepted it up to that point. It goes on, however, to spell out that the applicant’s “core mandate” must respect rights including “reproductive rights and the right to be free from discrimination on the basis of sex, religion, race, national or ethnic origin, colour, mental or physical disability or sexual orientation, or gender identity or expression.”

For groups that oppose abortion and same-sex marriage, explicit references to rights at the heart of those notoriously divisive debates pose a huge problem.

The supplementary gloss released a few weeks into the controversy by Hajdu’s department tried to smooth that over. It offered reassuring examples to guide CSJ applicants, like this one: “A faith-based organization with anti-abortion beliefs applies for funding to hire students to serve meals to the homeless … The students would be responsible for meal planning, buying groceries, serving meals, etc. This organization would be eligible to apply.”

Most faith-based groups were not satisfied with Hajdu’s assurances that what they do, not what they believe, is at issue. “It’s the tenets of faith for these groups,” says Neil McCarthy, communications director for the Catholic Archdiocese of Toronto. “It’s not ‘check the box and get the money.’ ” At stake—beyond the principle­—is about $220 million in CSJ grants that subsidize nearly 70,000 summer jobs. 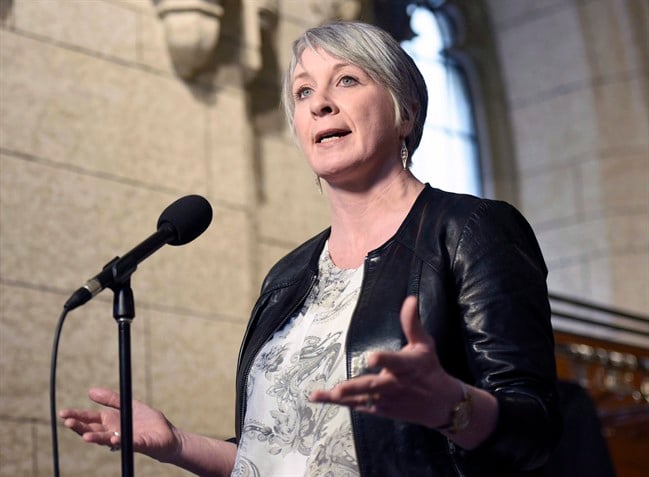 Federal Labour Minister Patty Hajdu speaks to reporters during a weekend meeting of the national caucus on Parliament Hill in Ottawa on Saturday, March 25, 2017. Hajdu, a Thunder Bay MP, says she’s not surprised by “appalling” new numbers that suggest the Ontario city has the highest rate of metropolitan hate crime in Canada. THE CANADIAN PRESS/Justin Tang

News coverage of the impasse often gave the sense that the Liberals are facing a united front of faith-based opposition. In interviews about their strategy, however, officials in the big religious umbrella organizations seemed at times uneasy about being lumped in with more narrowly focused anti-abortion groups, whose past success in getting CSJ money was at the root of the government’s decision to be more restrictive.

For instance, McCarthy was not enthusiastic about the Right to Life Association of Toronto and Area’s decision to quickly file motions with the Federal Court, challenging Hajdu’s move on behalf of anti-abortion activists who see the attestation as a Charter violation for “denying their applications for student summer jobs funding on the basis of their beliefs.”

Rather than swiftly taking the government to court, McCarthy suggested Catholic leaders would have preferred some sort of negotiated compromise. “It’s unfortunate that the first thing is, ‘We’ve got to litigate this,’ ” he says. “To me, we probably could have solved this issue if we sat down with faith communities and the government and had a conversation where [the government] said, ‘We had some groups that got some grants last year that were problematic.’ Forget about going to court. Let’s have a conversation about it.”

His suggestion that the government could have cut off funding to anti-abortion activists without clashing more broadly with faith-based groups was echoed by Julia Beazley, director of public policy for the Evangelical Fellowship of Canada. “They’ve said their goal was to prevent these grants from going to groups whose sole or primary mandate is to advocate against abortion,” Beazley says. “If that’s true, and I believe it is, then they’ve gone about it in the wrong way.”

RELATED: There will be more money for summer jobs. Will it work?

The government’s miscalculation, she added, was assuming groups that run woodsy camps and urban playground programs every summer wouldn’t object to signing off on respecting abortion and sexual-orientation rights. “For many of the organizations, that doesn’t factor into their core mandate,” she says. “But these are faith groups. They do hold certain beliefs, and it’s not clear what the government means by ‘respect.’ ”

That will now probably have to be decided by judges. University of Toronto law professor Anna Su, a specialist on human rights and author of a 2016 book on the U.S. approach to religious freedoms, Exporting Freedom: Religious Liberty and American Power, says Canadian legal precedents provide no clear guidance on how likely the attestation is to survive a court challenge. “The existing Canadian cases are only useful to a certain extent,” Su says. “The first court that has an opportunity to take a crack at this will have to formulate their own theory and justification for ruling in a certain way.”

She pointed, for example, to the Supreme Court of Canada’s landmark 2015 decision striking down the law banning doctor-assisted suicide. The court acknowledged that some physicians might object for moral or religious reasons and cannot be compelled to “provide assistance in dying.” But Su notes that the court didn’t say whether entire institutions, like hospitals linked to churches, could also opt out. Now, debate swirls around whether those hospitals should still qualify for public funding.

Su doesn’t buy the government’s claim that faith-based groups should easily accept that “core mandate” and “respect” are being narrowly construed as relating only to their main activities and not their underlying values. “Those terms are quite vague,” she says. “You can make an argument on either side. Who’s to say what is the organization’s core mandate?”

She speculated that a religious group might, in order to qualify for CSJ funding, define its core mandate in bland terms, even if it actually engages in controversial activities. “Can the government contest that and say, ‘That’s not really your core mandate—you’re just trying to trick us’?” she says. “That’s beyond the authority of any government agency.”

The Liberals might have set out only to block anti-abortion groups from getting CSJ funding. Some faith-based groups might even have been willing to shrug that off. Yet if the Liberals stumbled into a bigger fight than they had bargained for, that might still work out fine for Prime Minister Justin Trudeau. Frank Graves, president of pollster Ekos Research Associates, points out that opinion research has long shown that a large majority of Canadians support reproductive rights. (In 2010, when Conservative prime minister Stephen Harper was working to keep the issue from blowing up, an Ekos poll found that 52 per cent of Canadians called themselves pro-choice, 27 per cent pro-life, and the rest weren’t solidly in either camp.)

So the key strategic aim for the Liberals has to be to keep attention focused on abortion, rather than the less settled question of religious freedom. “If it’s a debate about what you believe on abortion, the Liberals win that,” Graves says. Despite the pitfalls for Conservatives of an argument that brings abortion to the fore, Graves says Conservative Leader Andrew Scheer has little choice but to actively oppose the attestation, since social conservatives were a key part of the Tory voting coalition that handed him an upset leadership win last spring. Scheer complained that the attestation amounts to “imposing personal values of Justin Trudeau on a wide variety of groups.”

Among those caught in the crossfire is David Loewen, superintendent of Surrey Christian School, which runs a high school, two elementary schools and three preschools in Surrey, B.C. Loewen says he can’t “check the box” by the attestation, even though he relies on CSJ funding to pay up to half a dozen youth counsellors to run a non-profit day camp, which offers kids, mostly from immigrant families—of many faiths, he points out—something to do in the summer. Asked what goes on at the camp, he talks about playground sports, crafting sessions and bus trips to the sea for kayaking. “I feel this personally,” Loewen added. “We’re trying to participate in this thing called the Canadian project.”