How to change the channel on SNC-Lavalin? Let’s sue the opposition.

Politics Insider for April 8: Trudeau sues Scheer who says 'Bring it', what the Liberal blame game is missing, and will Wilson-Raybould be a Green or a Dipper? 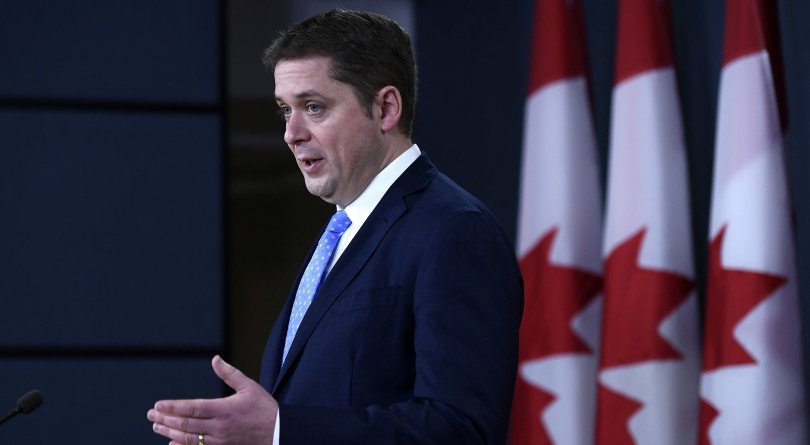 Suit up: Prime Minister Justin Trudeau‘s handling of the SNC-Lavalin controversy has at various times elicited much head scratching from political observers, but scalps were particularly raw after Conservative Leader Andrew Scheer revealed on Sunday that Trudeau had threatened to sue him for libel—which would keep the story alive for months to come. The libel notice accused Scheer of falsely claiming in a March 29 press release that Trudeau interfered in the prosecution of SNC, ordered former attorney general Wilson-Raybould to “break the law” and then “fired” her when she refused. Scheer responded: Bring it on. (Canadian Press)

Scheer received the libel notice on Sunday, March 31—two days before Trudeau ejected former cabinet ministers Jody Wilson-Raybould and Jane Philpott from his caucus. If Scheer had gone public with the libel threat when the House resumed sitting the next day, as the PMO might have expected, it could have helped set the tone of a Prime Minister taking a strong stance and seizing control of the narrative, followed quickly by the expulsion of two MPs seen as troublemakers within the party. Instead, Scheer held on to the libel notice, only to reveal it yesterday as the dust from the SNC saga was starting to settle. Scheer challenged Trudeau to follow through with the suit, and a letter from Scheer’s lawyer attempted to box Trudeau into a corner: “If the Prime Minister does not commence the lawsuit he has threatened,” Scheer’s lawyer wrote, “Mr. Scheer will conclude that the Prime Minister has properly acknowledged that Mr. Scheer’s statements were appropriate and grounded in evidence before the Canadian people.”

It’s not the first time a prime minister has threatened to sue the opposition for libel—Stephen Harper did it in 2008 and Jean Chrétien did it in 1998. Both suits were eventually dropped.

Blame game: Andrew MacDougall has a word of advice for Liberal supporters cranky over the media attention given to Wilson-Raybould and Philpott since they were ousted from the party last week: “Instead of barking at the doctor for diagnosing the disease the Liberals should instead thank Wilson-Raybould and Philpott for highlighting the pathology. Because there is one person to blame for the eight weeks lost to the oozing SNC-Lavalin scandal: Justin Trudeau.” (Maclean’s)

The SNC affair has taken its toll on the Trudeau Liberals in the polls. Shannon Proudfoot digs deep into the data behind a recent Angus Reid survey, which showed the Liberals with just 28 per cent, compared to 37 per cent for the Conservatives, to find the demographic and gender divides that are hurting the party:

Vote retention—the proportion of people who voted for a party in 2015 who say they would choose the same party again this fall—is “rock solid” for the Conservatives, at 88 per cent, while the Liberals would retain 58 per cent of their 2015 voters. And that erstwhile Liberal support has been sprinkled relatively equitably between the Conservatives, NDP and Green party. That suggests that the shift is a stampede away, rather than a dash toward any particular tent. (Maclean’s)

‘Shame and guilt’: Five months after first revealing he was the subject of a blackmail attempt over sexually explicit photos and videos,  former Conservative MP Tony Clement appeared on CTV’s Question Period and reflected on the “deep, dark valley” that led to his political and personal undoing. Clement, who announced last week he would not run again in the next election, said there was only one blackmail attempt—involving two men from Africa posing as a fake woman online—but there were multiple instances when he sent explicit photos and videos to women online. Clement said “shame and guilt” held him back from initially confessing the full extent of his behaviour to Scheer.  (CTV News)

Wilson-Raybould as Green MP: The former attorney general who pushed back against what she said were “veiled threats” from officials over her refusal to intervene in the SNC-Lavalin investigation, defended her decision to speak out during an extended interview on Global’s West Block. And she rejected criticism that her stance has helped the Conservatives. “I don’t see myself as helping Andrew Scheer win the next election,” she said. “I spoke my truth, I stood up for what was right and my belief in the institutions of our democracy and the necessary nature of those institutions remaining independent and upholding the rule of law. … If politics ever overtakes the right thing to do, then we’ve lost already.” Wilson-Raybould also said Green Party Leader Elizabeth May has reached out to her about joining that party, and while she said May is “someone I’m happy to talk to” she said she sees herself as “an independent liberal.” (Global News)

Wilson-Raybould as NDP MP: NDP Leader Jagmeet Singh hasn’t reached out to either Wilson-Raybould or Philpott about joining his party, but as he said on CBC’s The House, they’re more than welcome. “I’ve not done anything and never indicated any proactive steps to be taken but I am open to any conversations.” (CBC News)