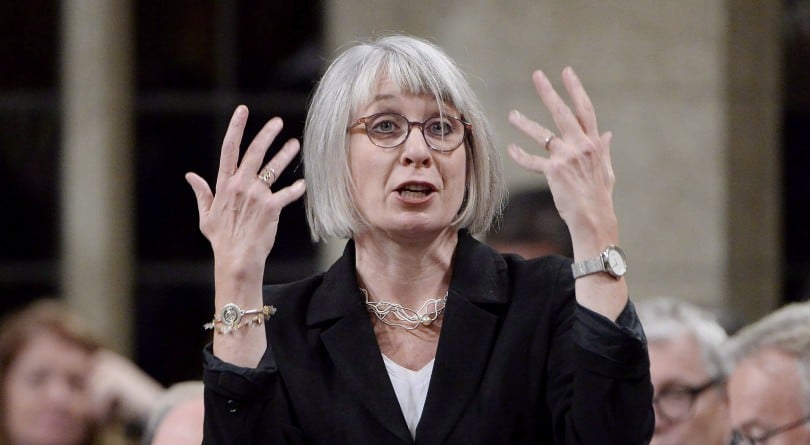 Minister of Labour Patricia Hajdu during Question Period in the House of Commons on Oct. 23, 2018. (Adrian Wyld/CP)

In last year’s federal budget, Finance Minister Bill Morneau unveiled a plan to establish the Department of Women and Gender Equality, or, appropriately, “WAGE.” It was an all-caps commitment from a self-proclaimed “feminist” Liberal government to address a big issue and make strides toward pay parity after a decade of stagnation.

Canada has a problem paying men and women equally for equal work (no matter what the internet trolls tell you). Recent numbers from Statistics Canada suggest that women working full-time earned 74.2 cents for every dollar made by a man. Pay equity has been baked into the Canadian Human Rights Act for decades, but progress has been slow.

So Morneau’s announcement in February was seen as progress. As was the Pay Equity Act, tabled in late October by Patricia Hajdu, the minister of employment, workforce development and labour. That law will require federally regulated employers—in the banking and transport sectors, for example—to proactively spot and remedy unfair pay practices, rather than dealing with them on the basis of case-by-case complaints. The government will also appoint a pay equity commissioner to conduct audits and regulate enforcement.

READ MORE: Why the gender pay gap is everyone’s problem

These steps offered reasons to be optimistic about the arc of our nation’s pay progress. But, in keeping with the time-honoured seesaw of politics, where there are steps forward, there will inevitably be steps back. We’re seeing them at the provincial level.

Pay equity battles in Canada’s two biggest provinces will be litmus tests for how the federal legislation might fare. Most provinces still rely on complaints-based handling of pay equity grievances, putting the onus on workers to highlight discrimination. But in Ontario and Quebec—just like in Denmark, Australia and the United Kingdom—employers are expected to root out inequities themselves. In Quebec, employers with 10 or more employees must file annual pay equity plans, demonstrating that they have looked for—and addressed—any imbalances between the wages of female workers and men in similar roles. Further, the Supreme Court recently ruled that changes to the law that created five-year audit periods were unconstitutional. Those changes had meant women sometimes waited years for inequities to be acknowledged, then did not receive retroactive payments in compensation. The ruling was hailed by labour organizations and women’s activists. 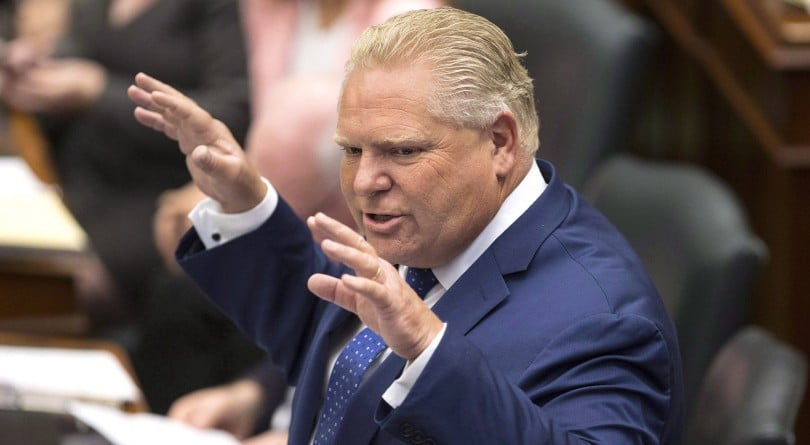 But if Quebec appears to be moving forward, Ontario has backslid. In November 2017, the Liberal government passed the Fair Workplaces, Better Jobs Act, which mandated a one-dollar hike in the province’s $14 minimum wage, along with reforms of paid sick days and vacation entitlements, and an equal pay for equal work provision. A year later, the backswing: in the name of job growth, Premier Doug Ford’s Progressive Conservatives passed the Making Ontario Open for Business Act. While the PCs preserved the requirement for equal pay on the basis of sex, the province’s minimum wage will be frozen until October 2020—a massive blow to women, who make up 58.3 per cent of the province’s minimum-wage workforce.

The new legislation is “very distressing,” says Katherine Scott, a senior economist at the Canadian Centre for Policy Alternatives (CCPA). “Minimum wage, labour standards and pay equity are all pieces of a puzzle. They aren’t, by themselves, going to guarantee an improvement to the lived experiences of women, but without them, you’ve got no hope in hell,” she says. The CCPA has been a vocal proponent for raising Ontario’s minimum wage, explaining in a recent report (called “Ontario Needs a Raise”) that of the 633,000 people who would have received wage raises in Toronto, 368,000 were women, and many were new immigrants. “From what I can read from Doug Ford’s actions, there is a lack of respect for low-wage or precarious workers,” Scott says. “Clearly these kinds of disparities don’t appear to be of concern to him, and I worry about whether other premiers will be emboldened to erode potential wage gains for women.”

RELATED: What it would really take to close the gender wage gap

Janet Borowy, co-chair of the Equal Pay Coalition, says the PCs’ reforms are “deeply concerning signals” that the Liberals’ efforts toward pay parity will be stalled—perhaps permanently. Her worries may be founded: in its fall economic statement, Ontario’s Ministry of Finance announced it would be postponing the implementation of the Liberals’ Pay Transparency Act. The legislation, set for a Jan. 1 rollout, would bar employers from asking job candidates about current or past compensation and require them to include salary ranges in advertised job postings. Employers would also need to report gender-related pay gaps to the province and post results in their own workplaces by 2021.

Meanwhile, over at the Ontario Pay Equity Commission, there’s more bad news. In a statement, Emanuela Heyninck (Ontario’s current pay equity commissioner) explained that her term expires at the end of November 2018. “To date,” she says, “a successor has not been announced.”

Borowy says these rollbacks are a “huge hit to women’s economic justice” on the provincial front. But as the federal government looks to implement its own proactive approaches, she anticipates a “very significant stride for pay equity in this country.” Yet the national legislation is not without its own flaws, one of which is timeliness: Hajdu has told reporters she does not want to “rush the process” of implementation, and that after the bill passes, employers will have up to three years to comply with the new regulations. (The expectations will differ for companies depending on their number of employees.) Labour and women’s groups are also lobbying on some of the finer details of the bill. “There are some pieces of the bill that demand further attention,” says Scott, “but the foundations are good.” Still, the success of the whole thing hinges on “having enough resources dedicated to enforcement.”

READ MORE: Glad you asked: Why your justification for the pay gap is bunk

Enforcement, she says, has historically been an issue in Ontario and Quebec. Alex Bell, a principal in Mercer Canada’s career consultancy, says that pay transparency, while progressive, can be a tough sell for non-unionized businesses and those outside the public sector. “From what I’ve seen, gender equality within the workplace is on the mind of lots of employers, regardless of legislation that demands they think about it,” he says. “But a lot of people were very concerned about some aspects of the transparency in Ontario—namely, the part about disclosing salary ranges in an external job posting. That shows your hand to your competition, which is not something most businesses want to do.”

If enforcement is key to the success of pay equity laws, public sentiment is an equally critical component of their inception. And, as Scott suggests, all this feminist progress has stirred up an unsurprising but still disheartening resistance: “I find it troubling that we’re on the cusp of some important gains in the labour movement and—whether it’s about #MeToo or something else—you can just feel the vitriol.” Too many people are asking, “ ‘What does it matter what women are paid?’ ” she says. “It’s this kind of thinking that continues to exploit people who are already very marginalized.” Even if the battle for pay equity in Canada is currently mired in reactive legislation and bureaucratic delays, Borowy suggests keeping watch on the activist community for clues to what will happen in the coming months and years. “If you want to know what the state of pay equity will be in 2019, keep an eye on the women’s march in January,” she says. “Women are done waiting—they’re taking to the streets, and I’m very heartened by the groundswell.” Adds Scott, “How are we going to break this logjam? Well, pay equity and transparency aren’t going to necessarily close the wage gap.” But without them? “We absolutely won’t.”