In Trudeauland, who makes all the decisions?

Paul Wells: The Liberals enjoy many advantages going into the next election. They also have a fundamental problem. 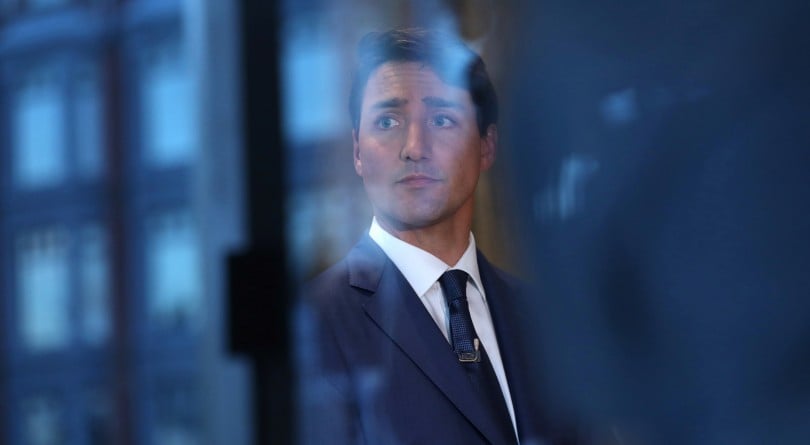 I mean, after all, why wouldn’t Justin Trudeau’s Liberals win the 2019 election? Only twice since Confederation have governments that came to power with a majority in the House of Commons been defeated outright at the next election: Alexander Mackenzie’s in 1878 and R.B. Bennett’s in 1935. Every other first-time majority PM has been permitted by voters to stick around, albeit often with fewer seats, for at least a second term: Mulroney, Laurier, Chrétien, King. Canadians have usually been patient with newcomers.

And Trudeau’s government has considerable assets beyond precedent. As the Liberals celebrated their third anniversary in office in early November, unemployment stood at a 40-year low. A few weeks earlier, Trudeau was in Kitimat, B.C., to celebrate the largest private-sector investment in the history of the country: $40 billion for a liquefied natural gas plant in Kitimat. After more than a year of negotiations with the emissaries of U.S. President Donald Trump, Trudeau agreed to a new treaty to replace NAFTA. The Liberals’ lead over Andrew Scheer’s Conservatives in the weekly Nanos poll promptly doubled to more than 10 points, and stayed there for a while.

Any other advantages? You bet. Liberals win when the right is divided, and the apostate former Conservative MP Maxime Bernier will try hard to achieve that with his new, free-trading, immigration-skeptic People’s Party of Canada. Conservatives win when the left is divided: flatlining support for Jagmeet Singh’s NDP would suggest the Conservatives will more often have to beat Liberals in direct confrontations, instead of on lucky splits.

And yet a whole year before the 2019 election, the Liberals were nervous and on edge. Trudeau made a special trip out of the Commons to call the Conservatives “ambulance chasers” for their lurid questions about the transfer of convicted child-killer Terri-Lynne McClintic from a medium-security prison to an Indigenous healing lodge. But the PM’s disdain for the questions, and for their source, didn’t stop his Public Safety Minister Ralph Goodale from ordering a review that ended up reversing McClintic’s transfer.

Trudeau’s impatient rhetoric matched that of his immigration minister, Ahmed Hussen, who earlier called the attitude of his Ontario Conservative counterpart, Lisa MacLeod, “un-Canadian.” MacLeod had only asked some standard who’s-going-to-pay-for-this questions about accommodations for border-crossers.

Touchy. What’s gotten into the Liberals?

A sense of mission is what. Gerald Butts, Trudeau’s principal secretary, has characterized the Liberal leader’s work these days as a struggle “to keep Canada Canada.” In early November, I asked a senior Liberal political staffer who’d moved to Ottawa from a provincial capital how he was enjoying the transition. “One thing I hadn’t expected was that we’d be fighting for Canada,” he said. “But we really are.”

That the Liberals view their side as “Canada” suggests they at least suspect the other side is from, or represents, another place. It does make sense that they’ve been rattled by a series of recent ballot-box surprises, both abroad and at home. Donald Trump’s election and Britain’s support for Brexit weren’t just surprises, they were repudiations of Liberal assumptions about the proper unfolding of the universe. Watching Kathleen Wynne lose to Patrick Brown, who seemed throughout 2017 to be a disciplined moderate running on the least overtly conservative platform since Bill Davis’s victories of the 1970s, would have been bad but comprehensible. Watching her caucus nearly eliminated by Rob Ford’s brother was harder to process. For all anyone knows, Jason Kenney is the next conservative to turf a Trudeau ally.

Because Trump directly endangered NAFTA, levies tariffs and issues dark warnings about NATO, he is the biggest source of headaches to the Liberals. But there’s heartache, too. It’s a rare Canadian Liberal who doesn’t daydream about being on the right—that is, left—side of U.S. presidential politics. The onstage conversation between Butts and David Axelrod, a former adviser to Barack Obama, at April’s Liberal convention in Halifax felt like a passing of the torch from a team that took a hard and surprising defeat in the United States to one that is determined not to do the same in Canada.

How could they lose? Oh, lots of ways. In 2015, Trudeau offered hope; now he carries baggage. The Liberal leader has made his share of unforced errors, from the bizarre vacation with the Aga Khan to the bizarre working trip in India. He’s abandoned campaign promises, as on electoral reform, and kept others at a cost that must leave him wishing he hadn’t bothered, as on Finance Minister Bill Morneau’s changes to the tax treatment of small businesses. And the grand bargain he offered on his way to 24 Sussex Drive—real action on climate change as the price of real progress on oil exports—seems broken at both ends.

Sorry, did I say 24 Sussex? Of course, Trudeau has never lived in that decrepit palace as an adult and is unable to make the most basic decisions about how or whether to fix it. “Better is always possible” has become “Can I get back to you after you re-elect me?”

As autumn congealed into a sullen and premature winter in Ottawa, an annual conference on science policy convened at the refurbished Delta hotel on Lyon Street. Surely if anyone would be happy the world has Liberals in it, it would be the administrators of science research in Canada’s universities and tech firms. And on a straight vote, probably almost all of them would still prefer Trudeau’s Ottawa to Stephen Harper’s. But talking with them, one also finds unmistakable confusion and disappointment. A brief look into their nook will help illuminate the wider world of Late Pre-Electoral Trudeauland.

Three years ago Trudeau appointed a science minister, Kirsty Duncan, who’s a real scientist. She operates within the department run by Navdeep Bains, who sits in the office where industry ministers used to sit but is styled the minister of innovation, science and economic development. Duncan appointed a chief science adviser, Mona Nemer, and an experts’ panel on research, led by David Naylor. More real scientists. Nemer is helping each of the largest government departments hire its own science adviser. Naylor’s report led to the appointment of a blue-chip science coordinating advisory panel within government. The 15 largest research universities, who sometimes work together as the “U15,” have a new public representative, the former University of Ottawa president Gilles Patry.

Now the only thing nobody can figure out is who do you call when you want this government to make a decision about science?

Is it Duncan or Bains or Nemer or Naylor or Patry or the members of the advisory council, who are said to be full of ideas but who, for reasons you are perhaps beginning to understand, have no idea which lever on this Rube Goldberg government will actually make an idea go forward?

Is it some 30-year-old political staffer who washed up in Ottawa from Queen’s Park and has a direct pipeline to Butts and isn’t actually a scientist but who knows all the approved Twitter hashtags and has, to be fair, seen six of the nine most important Star Wars movies?

Researchers and university presidents with a bit of clout generally prefer to do an end run around the whole mess. Instead they seek the knowledge economy’s latest holy grail: a dinner with John Knubley, who used to be the deputy minister of industry but is now the deputy minister of whatever Bains does. A dinner with Knubley is harder to get than a seat at Riviera Diner on Sparks Street. And the damnedest thing is that nobody is actually sure an audience with Knubley Himself, as they all call him, does any good. But they usually feel better afterwards. For a few days.

Multiply across the entire Trudeau government. In engineering, “multiple redundancy” is the name given to the notion that several systems should be available to perform a key task, just in case one fails. But the Trudeau government doesn’t have multiple redundancy. It has multiple impotence. Which of the 47 trade ministers is responsible for making trade? Which of the 62 ministers with responsibility for the border is responsible for the border? Amid the most devastating public-health crisis anyone can remember, an opioid death wave bigger than SARS and AIDS put together, can you, dear reader, name Canada’s federal minister of health?

One hears a lot of things about the Trudeau government from members of the little colony around Parliament Hill. But what you almost never hear, on any topic is, “I know exactly what they’re doing and it makes perfect sense to me.” An election is the crudest possible instrument for taking the measure of such a problem and proposing solutions. But it’s a problem.