In Trudeau’s PMO, what exactly is a principal secretary?

The job of principal secretary is a flexible one in Canadian politics, and the PM’s old friend Gerry Butts played it in an unusually visible and vocal way 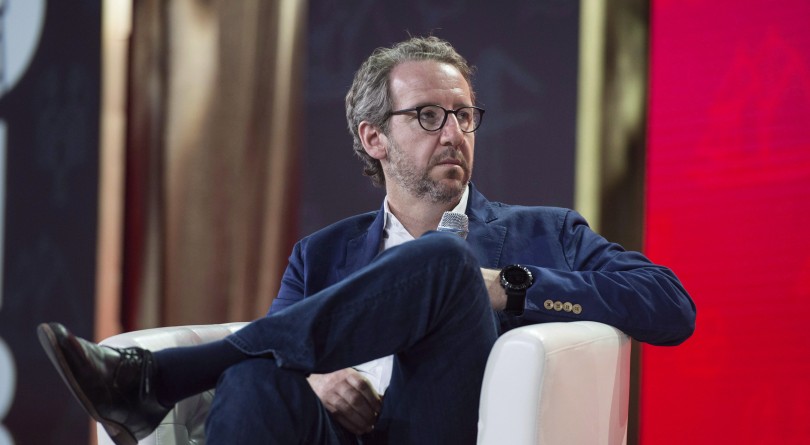 The abrupt resignation on Monday of Gerald Butts, principal secretary to Justin Trudeau and the prime minister’s longtime friend and close confidant, was as close to a genuine political bombshell as Ottawa gets, especially on an otherwise sleepy holiday Monday.

In announcing his resignation, Butts said that accusations that he or anyone else in the Prime Minister’s Office pressured former attorney general Jody Wilson-Raybould to strike a deal for Quebec construction giant SNC-Lavalin were “simply not true.” However, he did not want the lingering shadows of the accusations to take away from the “vital work” of the PMO, he said, and so off he went.

“My reputation is my responsibility and that is for me to defend,” Butts said. “It is in the best interests of the office and its important work for me to step away.”

His lengthy statement and abrupt resignation were highly unusual. But then, so was the way Butts had inhabited the role of principal secretary, itself a uniquely flexible and idiosyncratic job in recent Canadian political history.

When Butts worked at Queen’s Park, the structure in Ontario Premier Dalton McGuinty’s office was more traditional. Initially, Butts was director of policy and David MacNaughton—now ambassador to the United States—was principal secretary, but even after MacNaughton left and Butts took his place, information and access to the premier flowed through the usual channel of his chief of staff, Don Guy. The locus of power was not the two-headed hydra the PMO would be seen as more than a decade later.

To some extent, that perception of the Trudeau-Butts pas de deux has been a function of two things: volume and time.

Butts has been visible and vocal to a degree that’s highly unusual for members of a prime minister’s inner circle, where the performance metric has historically been similar to that of floorboards: if you don’t make any noise, you’re doing a good job. Butts has repeatedly jumped off the rhetorical bench in defence of his boss, often employing a pugnacious tone that Trudeau himself could never indulge in, assuming he ever felt moved to.

Just days before Butts resigned, Conservative MP Erin O’Toole described him as Trudeau’s “Svengali” and opined on Twitter that the “unelected” principal secretary needed to be the next Liberal shuffled out. Butts replied with a touch of acid:

Nice to see you at our kids’ swim meet too, Erin. Up early for Ava’s Friday morning practice and just catching this. Happy #FamilyDay. https://t.co/EzwMHVSb1z

The other factor that has contributed to the notion that Butts and Trudeau somehow run the PMO like two kids stacked on each other’s shoulders inside a trench coat is the longevity of their close friendship.

In his autobiography, Common Ground, Trudeau describes being one week in as an undergrad at McGill University in 1991 when he ran into an old friend from elementary school; when the friend asked if he’d met some new friends, Trudeau feigned nonchalance and said he already knew plenty of people in Montreal, though in truth “I didn’t know how I was going to make new friends, and wasn’t sure I wanted to try.” His buddy glanced around where they were standing and then “beckoned to a long-haired guy standing nearby.” The shaggy fellow was, of course, Butts.

He drew Trudeau into the university’s Debating Union, eventually stood up in his wedding, and when Butts and his wife were stranded in the U.S. when all air traffic was grounded after 9/11, they got themselves to the Canadian border by rental car and cab, then crossed on foot dragging their suitcases behind them, so their friend Justin could pick them up.

“Today, almost twenty-five years later, Gerald is not just still a best friend; he is my closest advisor as leader of the Liberal Party of Canada,” Trudeau wrote in 2014 when he recalled their first meeting at McGill.

In its time in power, this government has strategically nudged its inner circle—particularly Butts and Chief of Staff Katie Telford—into the spotlight in a way that makes perfect sense once you know they all adore The West Wing. It’s PMO staffing as one of those ensemble cast photos where, the second the shutter clicks, everyone cracks up into an easy camaraderie that makes you feel both envious and sneering.

That cool-kids-from-the-debate-club approach differs sharply from how other recent prime ministers have defined and employed the role of principal secretary.

Every PMO has a common set of tasks and interactions it has to run, says Murphy, but you can cover that off in widely varying ways depending on how the boss likes to do things. Martin liked to bat around policy ideas with people who knew the files, and specifically with people who would argue with him, Murphy says, so they learned to build an inner circle that would give him that. “So you had to help manage a process that assisted in ensuring that the Prime Minister got what he needed,” he says.

With the current PMO, Murphy believes political observers err in assigning outsize influence to Butts and minimizing Telford’s importance, simply because he has been more visible. “I think it has been mythologized in part because Gerry obviously engaged in the public domain to a higher extent than most people,” he says, adding, “Obviously, it’s a bit unique because it’s not common that a senior advisor to a premier or Prime Minister dates back to their days in university.”

When Trudeau’s predecessor Stephen Harper was prime minister, Ray Novak got promoted from executive assistant to principal secretary from 2008 to 2013, along for the ride as his boss went from leading a minority to a majority government.

In his book, The Longer I’m Prime Minister, my colleague, Paul Wells, details the immense power the unassuming Novak wielded, by virtue of his closeness and devotion to his boss. One cabinet minister said that if you couldn’t get something done in Ottawa in those days, you went through Novak—but you chose your moments carefully, because appealing to Harper’s right-hand man was “the nuclear option.”

“Usually it was impossible for an outsider to tell the difference between the master’s actions and those of the apprentice,” Wells writes.

He also explains Novak’s eventual ascension up the PMO org chart in part by sheer ubiquity. Much like Martin, in meetings behind closed doors, Harper liked flat hierarchies, and everyone was expected to chime in and would be listened to, he writes. “This helps explain how Ray Novak, who began life as a gopher for Harper, wound up as his chief of staff,” Wells writes. “He was in almost all the meetings. Nobody told him not to talk.”

With all the intrigue swirling around Butts, Trudeau and Wilson-Raybould at the moment, Murphy has noticed plenty of sage political commentary to the effect that the influence of political advisors must be diluted. That misses the mark, to him, because advisors like Butts only have as much power as the elected officials they serve choose to give them.

“The notion that anybody in a political advisor role is irreplaceable is just wrong,” Murphy says. “You are there as an advisor, but you’re not the decider, and you shouldn’t kid yourself that you are.”