Inside Jean Yip’s first day as a member of parliament

Jean Yip was elected Member of Parliament for the riding of Scarborough-Agincourt on December 11, 2017—the riding formerly represented by her late husband, Arnold Chan, who passed away in September. Monday, January 29, 2018, was her first day on Parliament Hill as an MP. Here’s how she spent it: 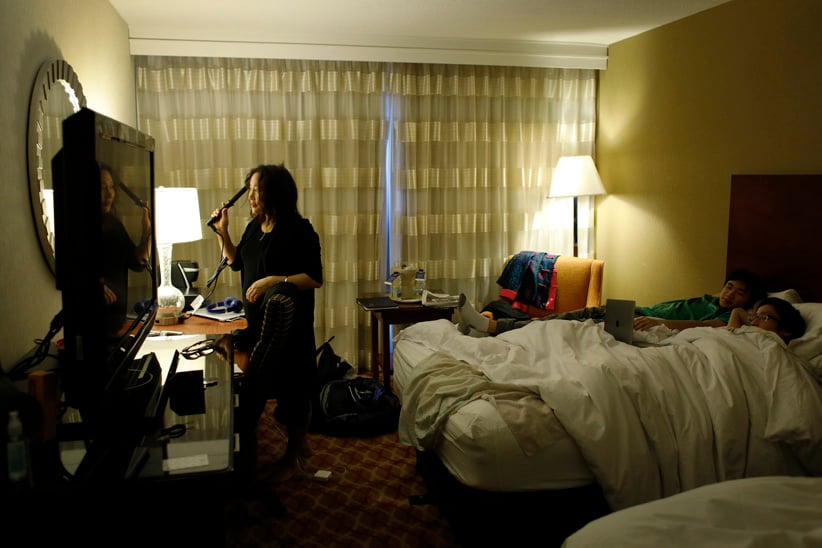 8:28 a.m.: Jean Yip styles her hair as her sons wake up at the Ottawa Marriott Hotel. 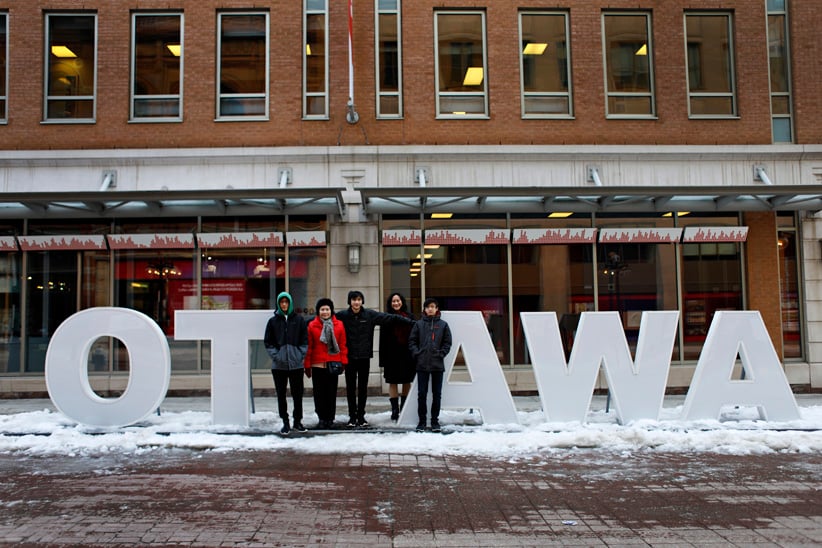 9:09 a.m.: The Yip family poses with the Ottawa sign on Sparks Street in Ottawa. 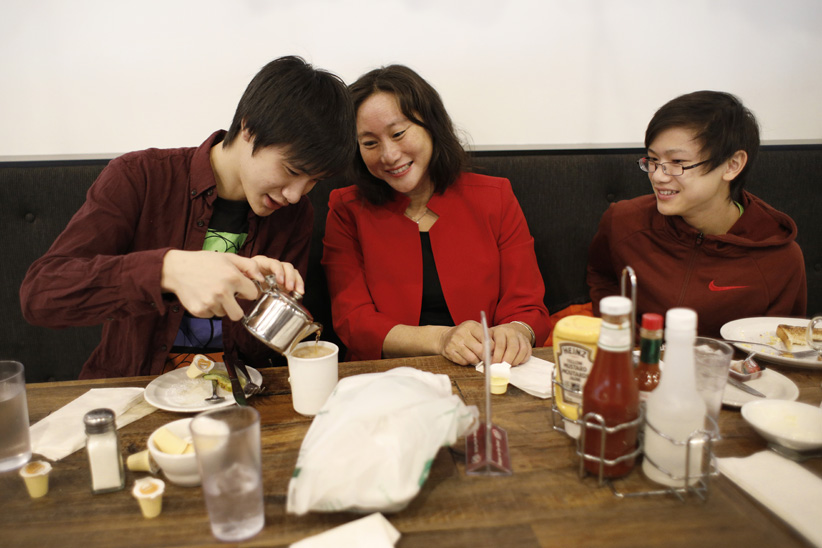 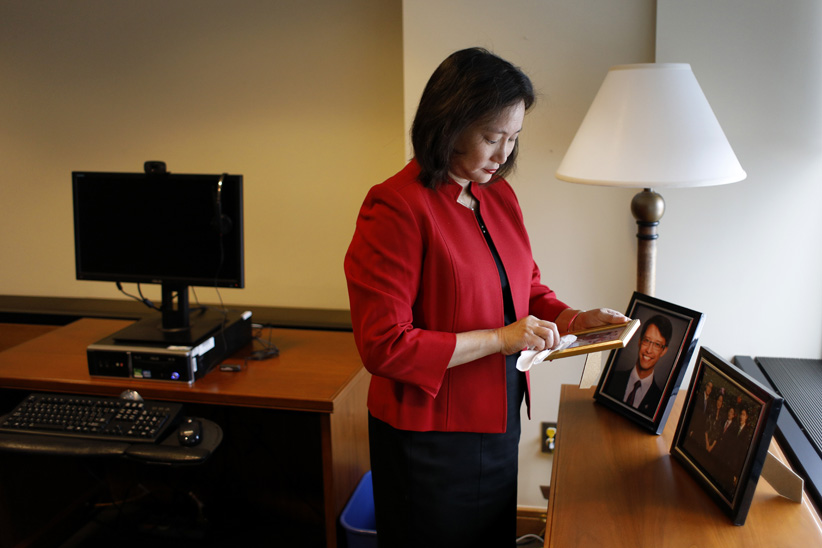 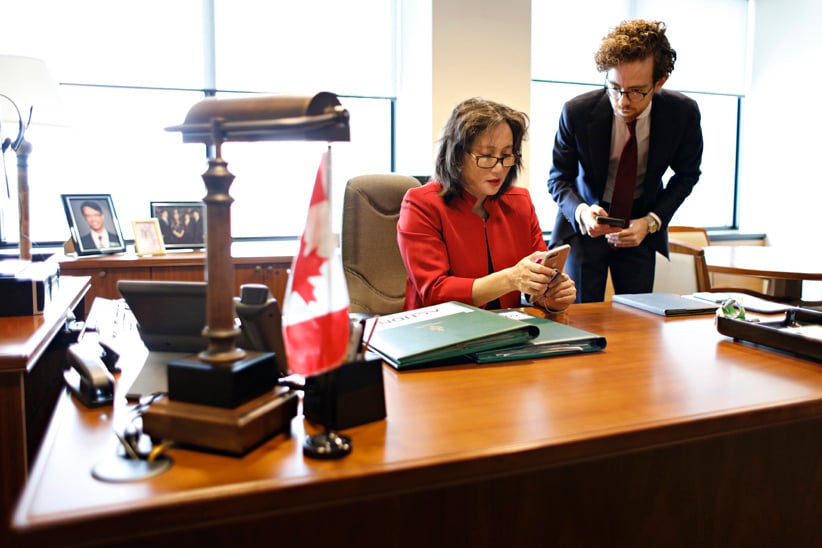 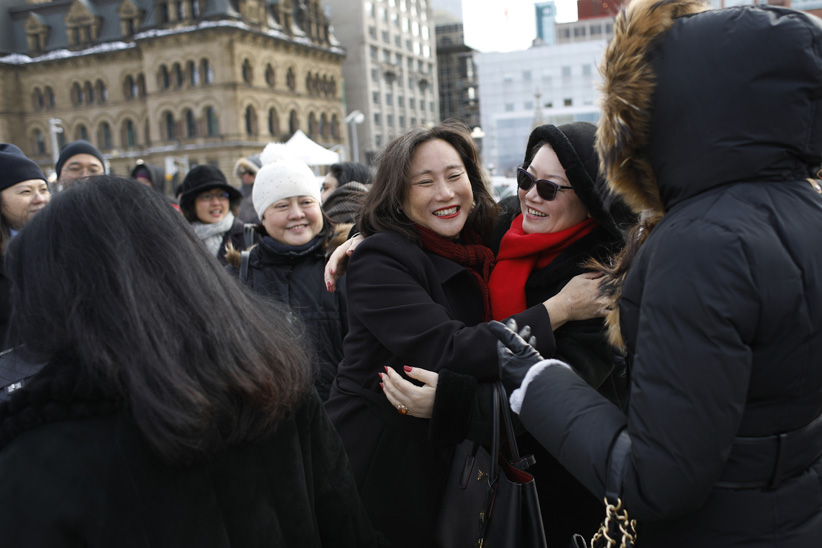 11:38 a.m.: Yip greeted family, friends, and volunteers at the centennial flame outside Parliament Hill before her swearing-in ceremony. 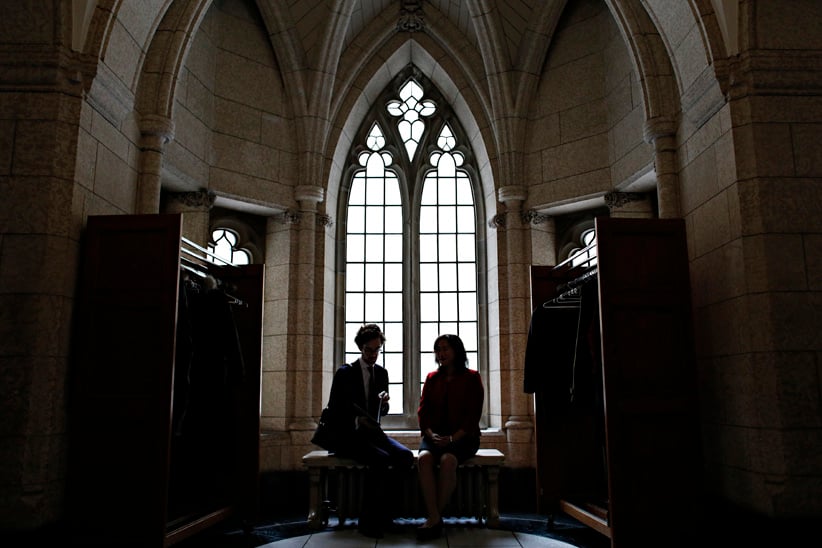 12:01 p.m.: Jean Yip and parliamentary assistant Mathew Hall practice her speech in an alcove before her swearing-in ceremony on Parliament Hill. 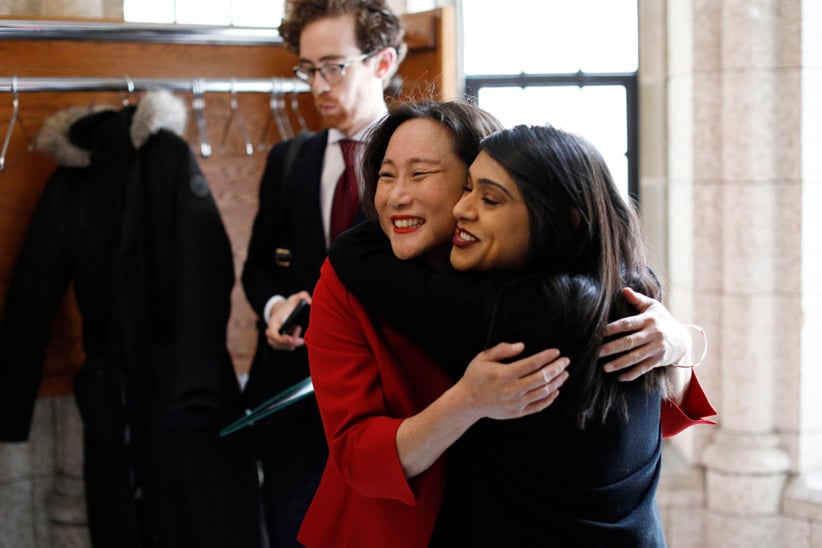 12:02 p.m.: Yip is hugged by Leader of the Government in the House of Commons Bardish Chagger. 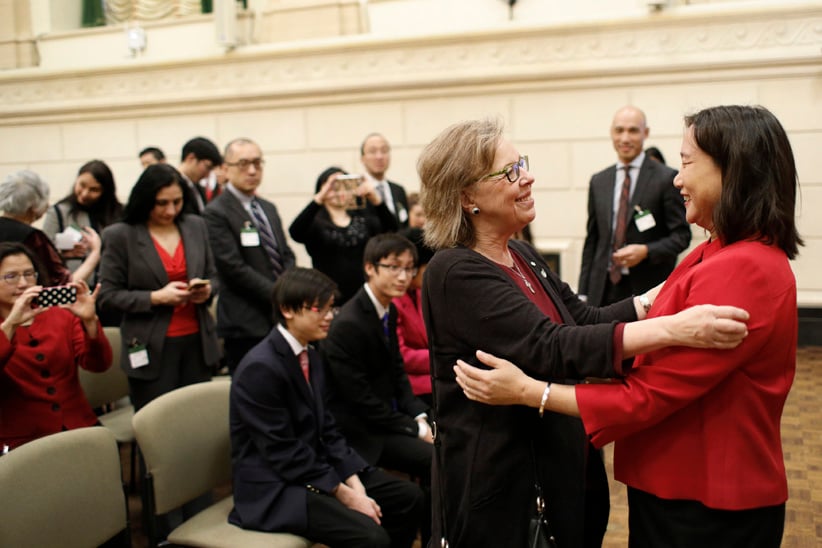 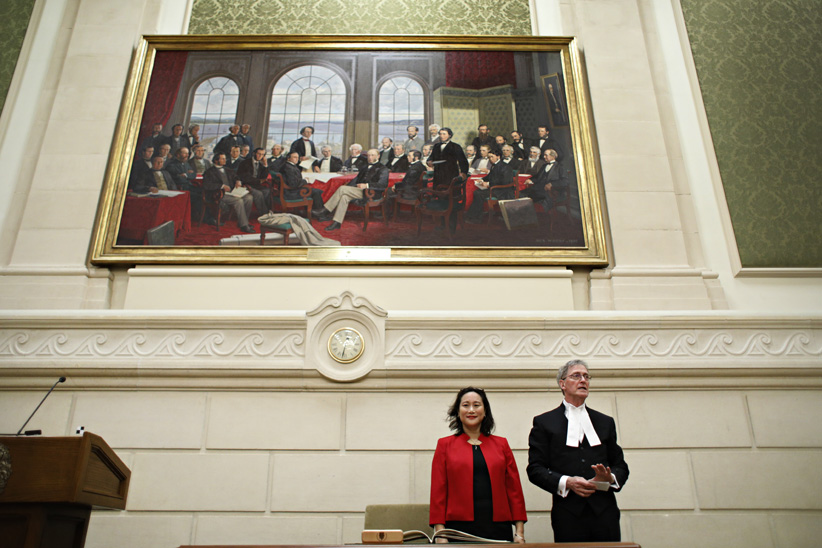 12:35 p.m.: Jean Yip is sworn in as a Member of Parliament by Parliamentary clerk Charles Robert. 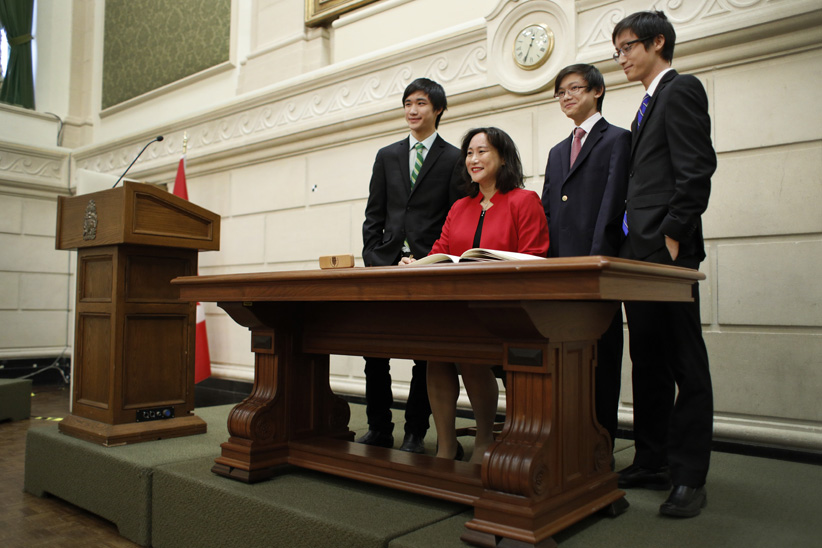 12:37 p.m.: Yip poses with her sons Nathaniel, left, and Theo and Ethan, right, after being sworn in. 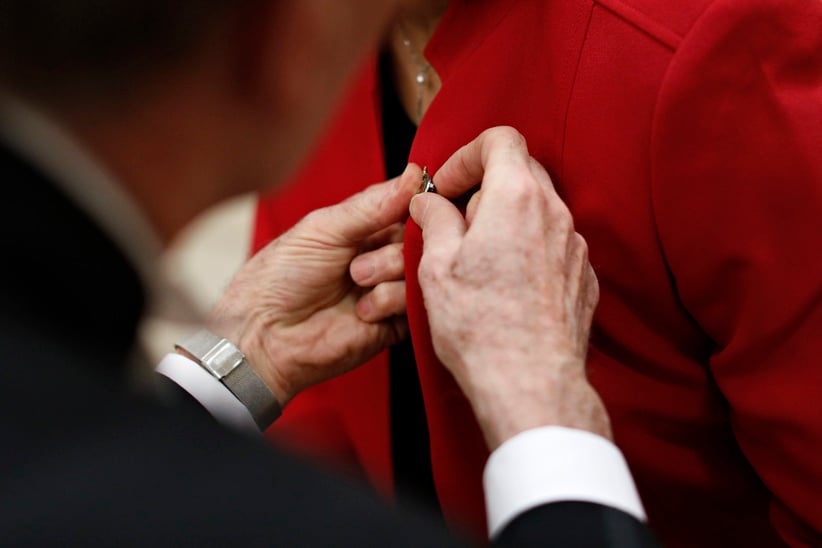 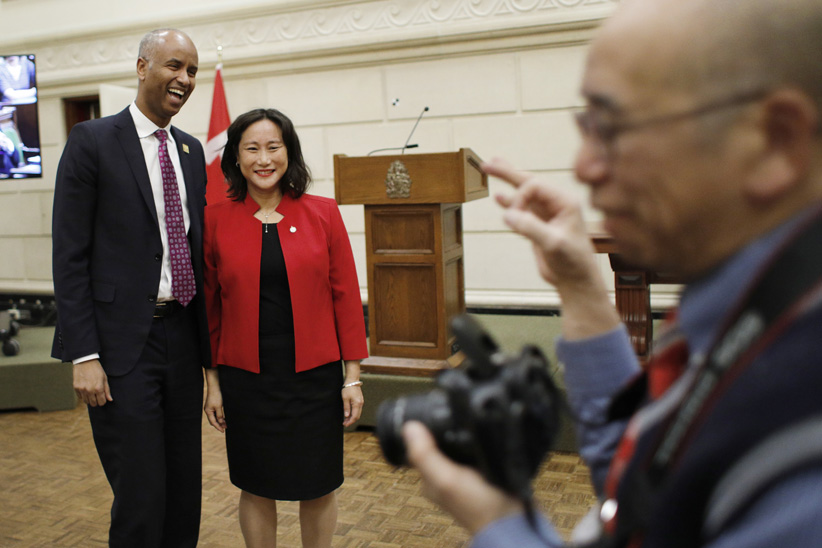 12:44 p.m.: Minister of Immigration, Refugees and Citizenship Ahmed Hussen met with Yip after the swearing-in. 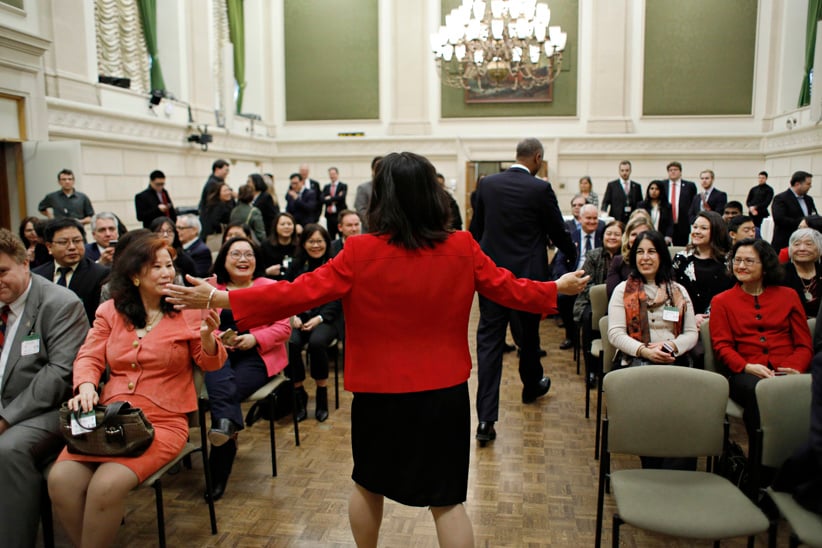 12:44 p.m.: Greeting her family, friends and supporters after being officially sworn in. 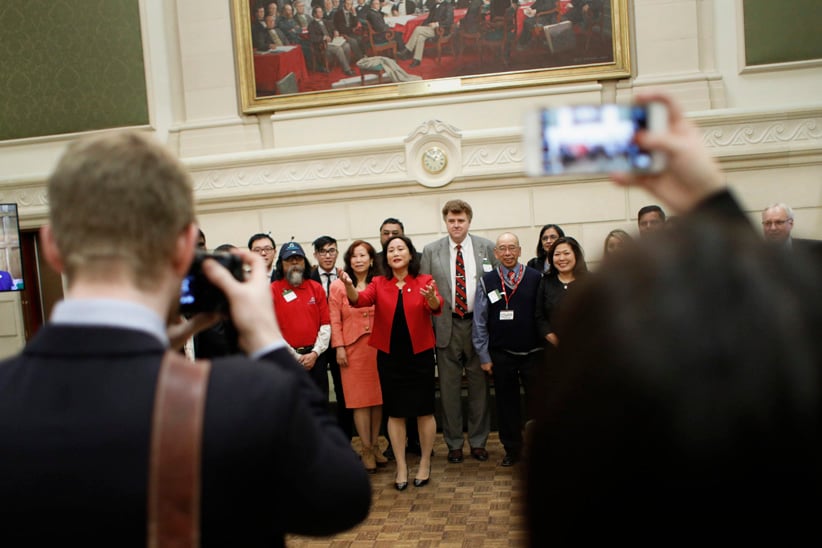 12:54 p.m.: Posing for group photos in the Railway Conference Room after the swearing-in ceremony. 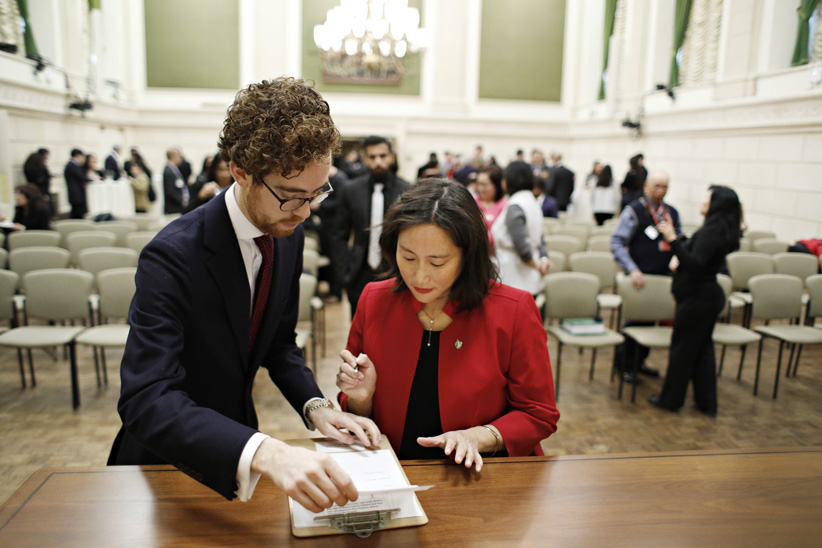 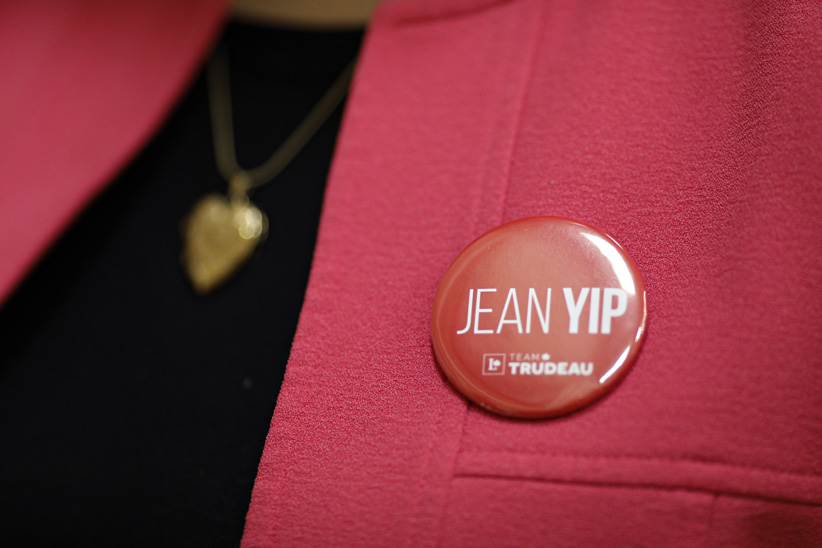 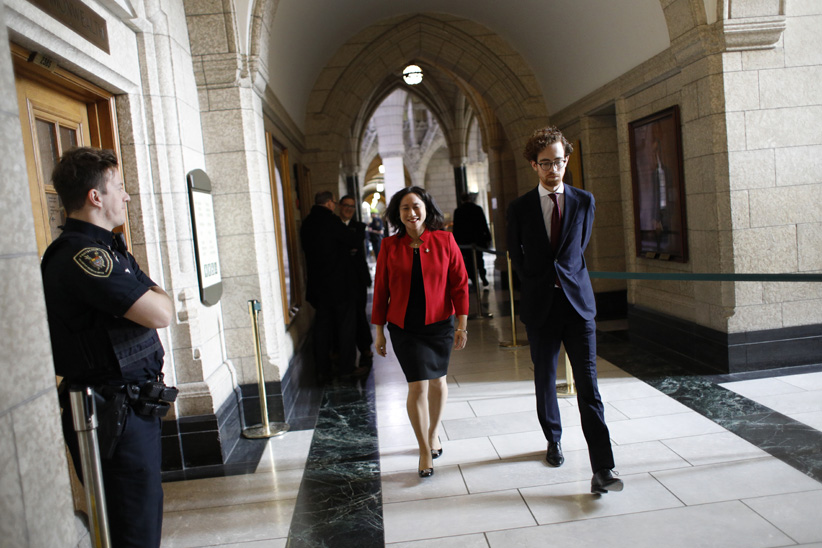 1:52 p.m.: Yip and her parliamentary assistant Mathew Hall walk to the House of Commons where she would be recognized as an MP. 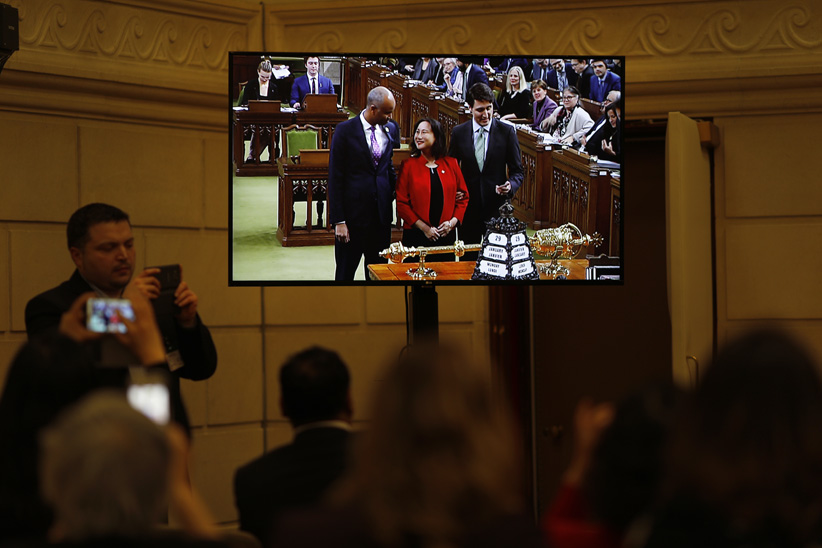 2:25 p.m.: Jean Yip is presented to the Speaker of the House of Commons as a new MP by Minister of Immigration, Refugees and Citizenship Ahmed Hussen and Prime Minister Justin Trudeau. 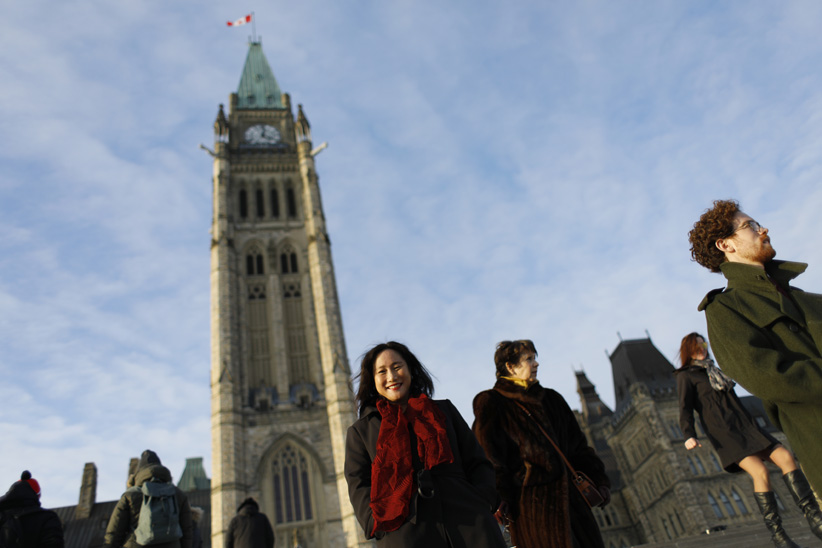 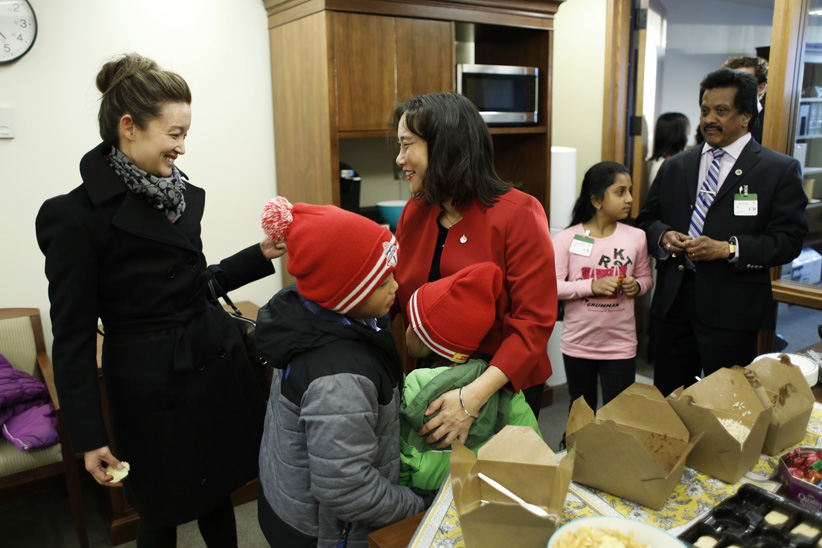 4:39 p.m.: Back at her office, Yip hugs her niece Skylar and nephew Jackson as her sister-in-law Catherine Wang looks on. 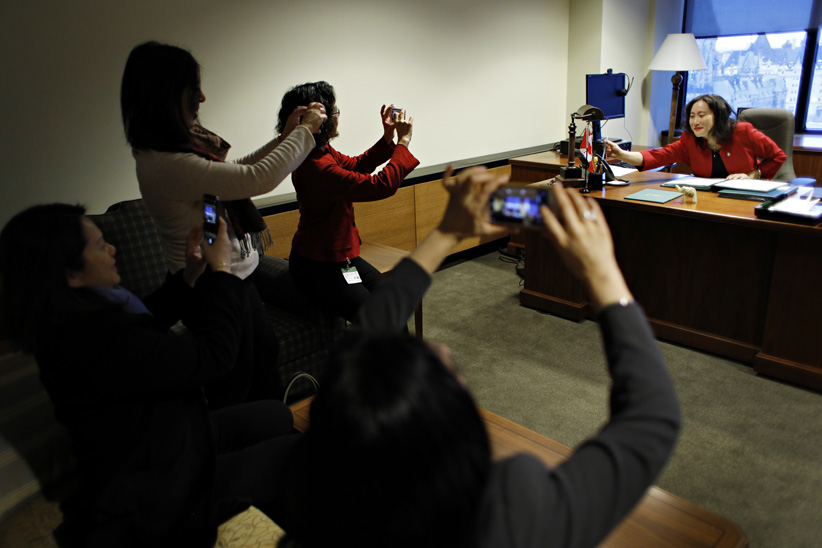 5:00 p.m.: Friends and family snapped photos of Yip at her new desk. 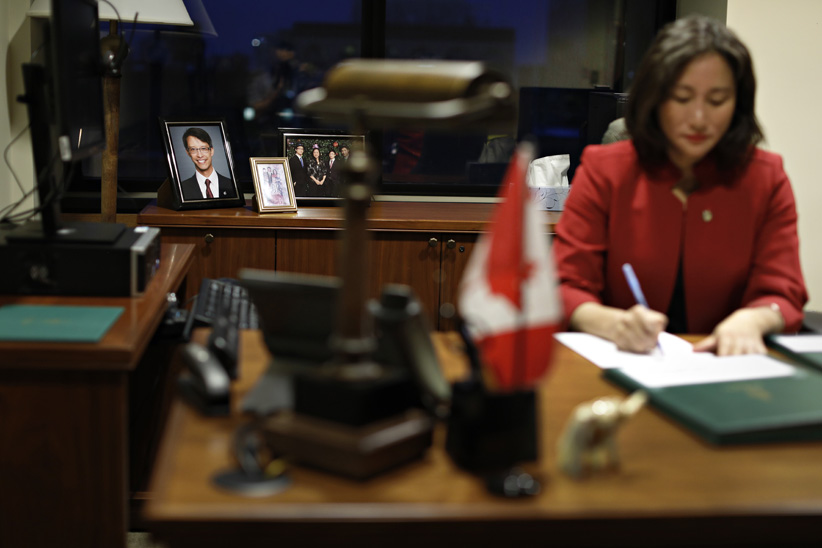 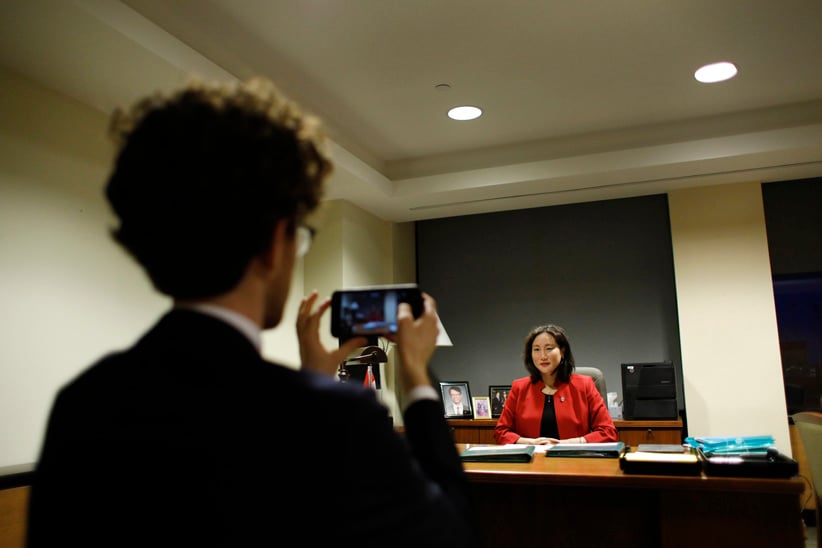 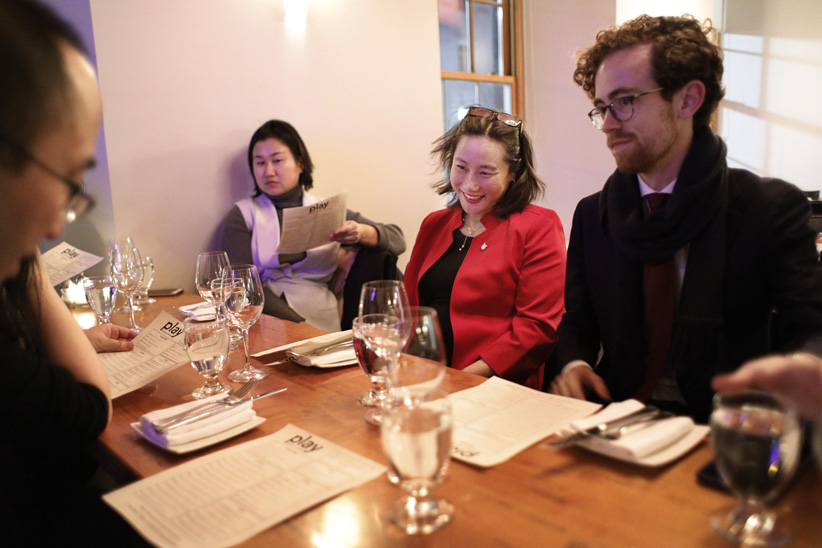 6:18 p.m.: Dinner with friends at Play in Ottawa’s ByWard Market. 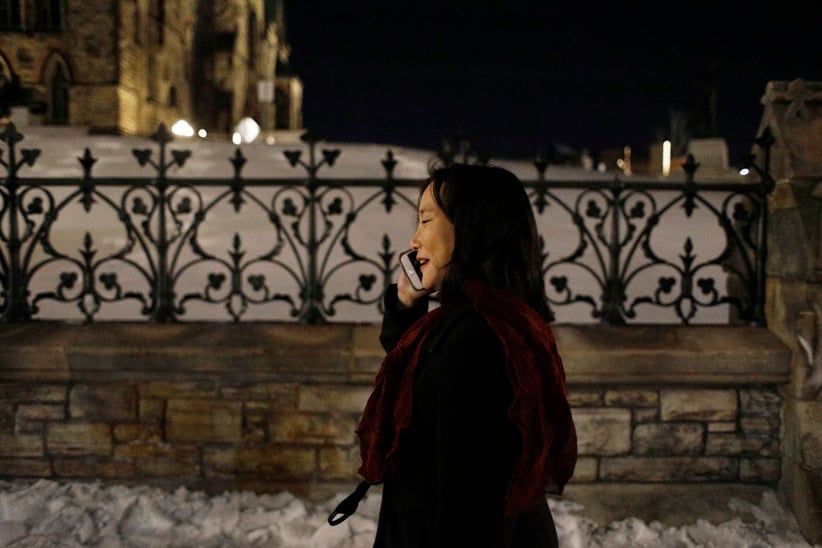 8:22 p.m.: Walking home past Parliament Hill, Yip called to check on her sons’ flight home. It was delayed.