Paul Wells on everything we can definitely, probably, maybe learn about Canada's federal election from Alberta, the U.K., Spain, and Poland 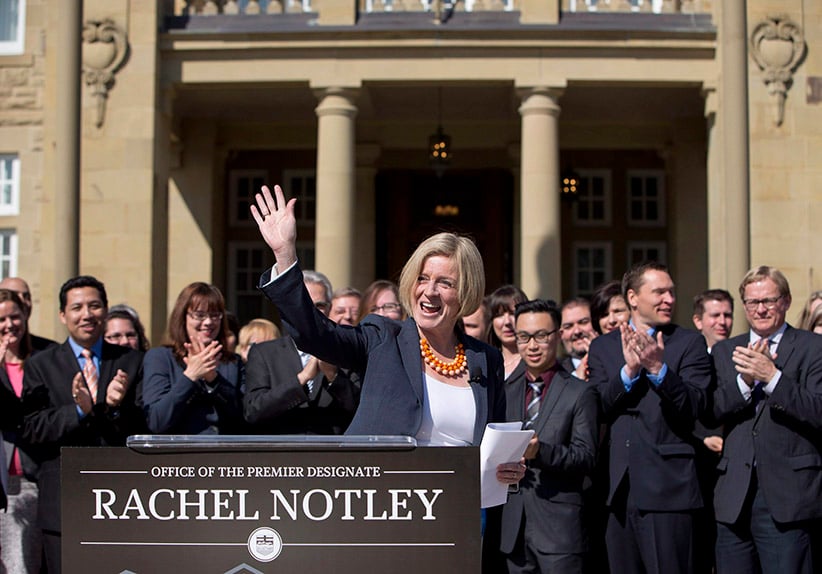 Wake the kids, phone the neighbours, it’s time for a special jumbo edition of Election Result Parsing. That’s where we try to read recent election results for clues that will allow us to predict future election outcomes. All ages can play, and what could be more fun? Especially because the stakes are so high: This is the year we finally get a federal election in this country, the first since 2011. That’s a 4½-year wait. You’d have to go back to 1993 for an election that was held so long after the previous one. No wonder you’ve grown impatient.

The problem with Election Result Parsing is that it’s hardly straightforward. Take the recent victory of the New Democrats in Alberta’s provincial election. Rachel Notley, who was so thoroughly at loose ends at mid-campaign that she actually found time to have lunch with me, wound up putting a historic thumping on the Progressive Conservatives, led by Jim Prentice, who for half a decade served as Stephen Harper’s de facto deputy prime minister.

Related: Paul Wells on how Rachel Notley captured an amazing moment in Alberta

So: Bad news for the Harper Conservatives? Well, maybe. The Notley NDP posted nearly a 31-point increase in their share of the popular vote. This will have consequences. Just for starters, there are now 54 Alberta provincial districts where the provincial MLA, her staff and a corps of volunteers will be working for the federal NDP this fall instead of for the local federal Conservative. That will be a stiff headwind against incumbents who were used to coasting.

But it’s hard to read too much into the Alberta returns, because Prentice and his predecessors had spent much of the decade before this vote carpet-bombing their own party’s political credibility. If you liked them for their small-government ethos, the PCs ran up the spending tab. If you liked them for managerial competence, they ran government as the highest-stakes floating craps game on the Prairies. None of this made Notley inevitable. She won big, fair and square, and federal polls since suggest a lot of Canadians are giving Tom Mulcair’s federal NDP a second look because of it. But I don’t think the Alberta results, by themselves, have Stephen Harper sweating.

Just look at the U.K. election returns, after all! David Cameron’s Conservatives won a solid majority. Much better than the polls suggested. Except those top-line results are deceptive. The Conservative vote was up barely at all from 2010. The biggest increases in popular vote were posted by the anti-immigration UKIP and by the Scottish National Party. The resolutely middle-of-the-road Liberal Democrats, junior partners in the coalition government Cameron had been leading, collapsed, losing 15 percentage points of the popular vote.

Taken together, the returns from Britain look like a bigger victory for parties that reject the status quo than for parties that were defending it. Cameron must govern in the face of a resurgent Scottish nationalist movement and a UKIP vote that has grown at every election since the party was founded in 1991. If there’s comfort in this outcome for Harper, it’s slim.

Any other recent examples? We don’t usually devote much space here to local elections in Spain, but I told you this was the jumbo edition of Election Result Parsing. Spain had local elections on May 24. Faced with a far shakier economy than Canadians face, and a generalized sense that politics as usual isn’t working, leftist candidates associated with the Occupy movement posted gains across the country. Two of the biggest breakthroughs came in Barcelona and Madrid, where women associated with the anti-poverty protest movement won a chance to become those cities’ mayors. If they can pull off the necessary coalition-building, they would end a 20-year winning streak by the centre-right People’s Party.

So the threat this year comes from the left? Not always. Poland just finished holding presidential elections. The stern and sturdy Bronislaw Komorowski, a member of the determinedly uncharismatic Civic Platform party of business-oriented conservatives, managed to blow a 30-point lead and lost against Andrzej Duda, a little-known member of the right-wing social conservative Law and Justice party. This result was a shocker, and bodes ill for Civic Platform in this autumn’s legislative elections.

Something happened in the home stretch of the Polish election that had echoes in Alberta, and might help us decode all these results. Five former Polish foreign ministers, from different parties, wrote a letter pleading with Poles not to vote for Duda. He’s untested, they said. A bit loopy. Poles ignored the advice. It’s just like when five CEOs in Alberta warned voters to stay away from Notley and her crazy New Democrats.

The returns from Alberta, the U.K., Spain and Poland have little in common except this: they were a sharp rebuke to the status quo and its most self-satisfied standard-bearers. In all of these cases, the right sort of people warned against voting for parties that advocated a big change. They warned about the economy and about untested alternatives. Large parts of the electorate ignored them. I’d be nervous if I were an incumbent running anywhere this year.