Jane Philpott speaks: ‘An attempt to shut down the story’

Politics Insider for March 21: Philpott opens up about her decision to quit cabinet, Morneau fends off the R-word and a UCP landslide in Alberta? 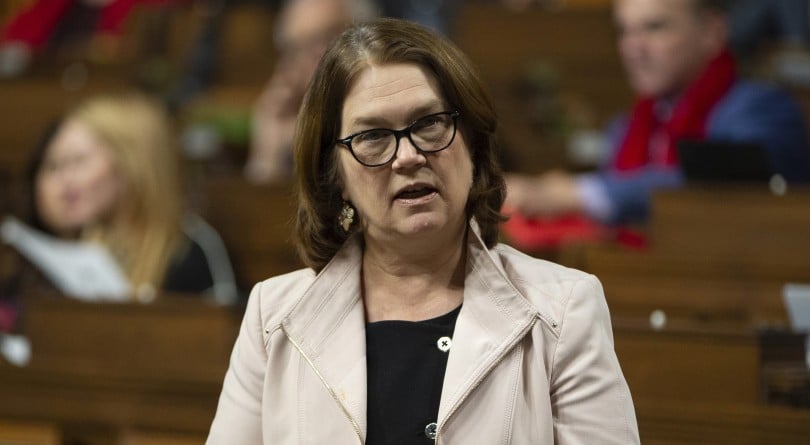 Treasury Board President Jane Philpott rises in the House of Commons to pay tribute to the late auditor general Michael Ferguson, Monday, February 4, 2019 in Ottawa. Philpott has resigned from cabinet. THE CANADIAN PRESS/Adrian Wyld

In her first interview since resigning from cabinet over the SNC-Lavalin controversy, Jane Philpott tells Paul Wells that Canadians deserve to hear Jody Wilson-Raybould‘s full story: “They have understandably been concerned about why there’s been an attempt to shut down the story.”

Here’s some of what Philpott says:

Filibuster fun: In the meantime opposition parties used a marathon voting session overnight to protest the move by the government to shut down the justice committee investigation—257 separate votes in all on the government’s spending estimates. Each one is considered a confidence vote. They’re still at it. (Canadian Press, CPAC live feed)

Awkward: Since the news first broke that the PMO had tried to pressure former attorney general Jody Wilson-Raybould into helping SNC-Lavalin avoid a fraud and corruption trial, Prime Minister Justin Trudeau, his advisors, other Liberal MPs and Canada’s top bureaucrat have all cited potential “job losses” and the risk to “9,000 jobs” to explain their interest in the matter. But now the guy who would presumably be responsible for handing out all those pink slips says he never used the protection of jobs in his pitch to Ottawa for a remediation agreement. That’s because those jobs wouldn’t go away, they’d just get picked up by SNC’s rival, says SNC-Lavalin CEO Neil Bruce: “This thing that somehow they’re going to be unemployed is not true because they are highly qualified, highly experienced people.” (Canadian Press)

Another one for the resignation pile: Celina Caesar-Chavannes, the Liberal MP who accused Trudeau of being hostile and angry during a phone call after she told him she wouldn’t run again in the next election, has quit the Liberals to sit as an independent. The Whitby, Ont. MP has been outspoken on Twitter in her support of both Wilson-Raybould and Philpott after the two resigned from cabinet. After she called out Trudeau’s leadership style in another tweet, she spoke to the Globe and Mail and described her tense conversations with the Prime Minister about her decision not to run for re-election. That interview, she said yesterday (in another tweet, of course), had “unintended effects on those I care about. Although that was not the intention, it was the consequence, and I am sorry. I no longer want to distract from the great work my caucus colleagues are doing.” Caesar-Chavannes will sit as an independent instead. (Twitter)

Budget 2019, remember that thing? Morneau was out pitching the virtues of his pre-election budget Wednesday. But even as he touted measures meant to help first-time homebuyers get into the market, in particular the First-Time Home Buyer Incentive (FTHBI), many in the industry were reaching the conclusion it won’t accomplish much. The RateSpy website did an analysis using the sparse details Ottawa has so far provided and found certain homebuyers would qualify for a lower purchase price under FTHBI than if they got a regular insured mortgage. “So it turns out that the FTHBI (appears to) do little to improve access to mortgages. … What it does do is reduce your payment and save you some interest. But in return you have to cough up a chunk of your future home price gains to big brother. (The amount was not disclosed by officials.)” (Canadian Press, RateSpy)

The R-word: Morneau was also out tamping down suggestions that Canada’s economy could be sliding towards recession, a suggestion that has been put forth by some economists of late: “That would be technically wrong and certainly not in line with our expectations.” (Financial Post)

A sagging economy typically sends voters racing away from the governing party. But the Alberta NDP is retaining seven-eighths of the support they received in the surprising “Orange Crush” election, when 40 per cent of Albertans backed Rachel Notley’s party. That was quadruple the previous NDP support levels. As the campaign begins, polling suggests the vast majority of first-time New Democrat voters will stick with the party. But the United Conservative Party is currently pulling in 96 per cent of the combined vote share the Progressive Conservatives and Wildrose Party got in 2015, before the UCP merged those parties to prevent right-wing vote splits. According to CBC’s Poll Tracker by Éric Grenier, survey averages give Jason Kenney’s party 50 per cent of the provincial vote and the NDP 35.3 per cent.

This is landslide territory. Grenier’s seat projections forecast UCP to win a majority of between 61 and 76 seats in Alberta’s 87-seat assembly, while the NDP get their majority downsized to as few as 11 seats and as many as 25. Notley would win most of them in her Edmonton citadel, and get nearly wiped out in Calgary and the rest of the province.

But that’s based on public opinion snapshots before the four-week campaign began (and before recent controversies emerged about one now-former candidate’s racist views and Kenney’s 2017 UCP leadership race treachery.) Campaigns matter, as you’ll hear NDP insiders say at every turn from here until April 16’s election. Four years ago, Notley’s party was 14 percentage points behind where they ended up on voting day—though that was in a turbulent three-way race. But to win, they’ll probably need to become more popular than Notley was in 2015. Barring a Miracle Part Deux, a more modest NDP goal may be a healthy-sized opposition in striking distance to compete next time. (CBC)

Having already launched three anti-Kenney websites, NDP’s deputy leader on Tuesday released an attack ad that hearkens back to Kenney’s youth—video of him in 2000, as an MP, boasting about his university-age efforts to undo a U.S. same-sex domestic partnership law in the 1980s. Kenney has a deeper social conservative activism background than any major leadership-level Canadian politician since Stockwell Day in the Canadian Alliance, but the UCP’s self-described “fact check” website notes he’s since expressed some regrets and has accepted same-sex marriage. If the NDP declare fair ball on Kenney’s earlier statements and actions, are they cool if Kenney reminds them of pre-government NDP’s attacks on pipelines and oil sands? (Edmonton Journal)

Economic recovery has helped the NDP keep the budget deficit out of 11-digit territory, but the once-debt-free province has clear fiscal woes. Notley and Kenney both promise a balanced budget by the end of a four-year term—and neither say they would slash front-line services or cancel infrastructure projects. “How do you get off the royalty roller-coaster without breaking a leg?” asks the Calgary Herald.