Politics Insider for May 2: The new Alberta premier visits Ottawa, another Liberal packs it in, and get ready for boring packs of smokes 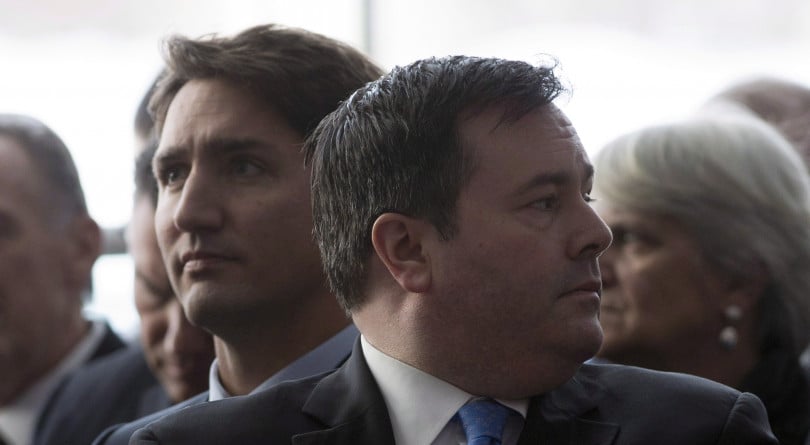 Alberta’s fiery new premier lands in his old stomping grounds today. Jason Kenney will meet Prime Minister Justin Trudeau on Parliament Hill at 1:30 pm ET. That tête-à-tête comes only a few hours after Kenney and his energy minister, Sonya Savage, testify at the Senate on Bill C-69, the Liberals’ attempt to overhaul the federal review process for major infrastructure projects. Whatever will Kenney, back in the capital after a few years away, find to talk about with the PM? [David Akin tweet, Senate agenda]

For a primer on Kenney’s first days in office, and the approach to governing he may take in the days to come, don’t miss the latest from Maclean’s Alberta correspondent Jason Markusoff. Our man out west observes that for all Kenney’s bombast, he “doesn’t underestimate the quiet effectiveness of the humble blow-dart to knock out foes.” (Also, Markusoff reports on a certain pro-carbon tax conservative’s new gig in Alberta, courtesy the new premier. Follow the link for more.) [Maclean’s]

Speaking of C-69: Whenever Liberals in Ottawa try to find a middle ground in any conversation about resource development, they end up facing an angry mob somewhere. Yesterday, it was industry’s turn to be skeptical of proposed new environmental assessment rules for big projects that require close federal scrutiny. [The Globe and Mail]

Government officials, who spoke to reporters on background, made assurances that certain major projects would be exempted if the provinces in which they’re proposed have committed to a carbon emissions cap. And CBC News reported that officials said new regulations would only apply to “nationally significant” projects that fall under federal jurisdiction. But industry folks fear government overreach and a public participation process that could unreasonably disrupt hearings. [CBC News]

What’s that? Environmentalists were also upset? Because they disagree with those exemptions for certain large projects? Oh. [iPolitics]

Less Leslie: When the Liberals rode to power in 2015, one of their star candidates was military man Andrew Leslie. After 35 years in uniform, the retired general penned a blueprint for the transformation of Canada’s military in the Harper era. As a Trudeau Liberal, Leslie never cracked cabinet, spending most of his term as party whip—who better than a man trained in strict discipline and a chain of command?—and a go-to guy on Canada-U.S. affairs. Leslie announced yesterday he’s clocking out after four years in favour of “a new path.” [CBC News, Leslie’s letter]

Chrystia Freeland yesterday reinforced her government’s commitment to taxing the super-wealthy for the good of the country—and to avoid a “crummy, crummy society,” as HuffPost reported from the event at the Global Centre for Pluralism. [Huffington Post]

Loblaw lobby: If you believe all the official players, it’s a total coincidence that company lobbyists donated to the Liberals, attended a party fundraiser, and even took a meeting with Environment Minister Catherine McKenna before Loblaws scored a $12-million grant to make more energy-efficient fridges. (The feds say they followed all the rules, and the lobbyists say they never pushed for the grant in a single meeting.) [National Observer]

Mark your calendars: Health Minister Ginette Petitpas-Taylor quietly announced the first day on which Canadian smokers will see the most boring packs of cigarettes ever to land in a convenience store. Starting Nov. 9, and this is the government’s wording, all packaging will be a “drab brown colour.” The feds hope the sheer dullness of the purchase will discourage consumers—and help Canada reach a smoker rate of only five per cent by 2035. [The official word, The full strategy]

Your morning oppo: Lest you were fretting about a lack of Tory opposition to the Liberal record on immigration, MPs Michelle Rempel and Pierre Paul-Hus are here to oblige. This morning at 10:30 a.m., they’ll tell all and sundry at the National Press Theatre of the PM’s “mismanagement” of the file.