The former PM sat down with Paul Wells for a live interview on Tuesday, ending on a melancholy note about ending five decades in the capital 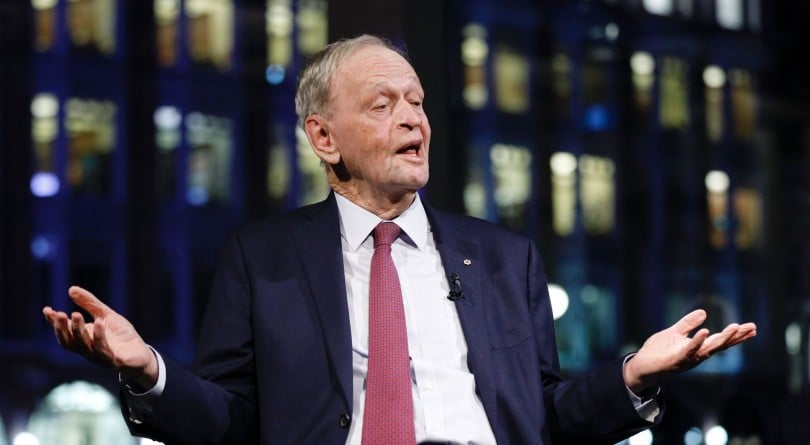 There were plenty of laughs when former prime minister Jean Chrétien sat with Maclean’s senior writer Paul Wells for a live interview Tuesday, and yet the mood, by the end, turned distinctly elegiac. Chrétien was full of fun reminiscences, many drawn from his new book of anecdotal memoirs, but at the end he spoke of his plan to soon leave Ottawa. That’s hard to imagine. His voice belongs in the air here, it seems, as much as the sound of the Peace Tower carillon.

Chrétien plans to move this coming spring. He admitted to being sad about it. “I’m here since 1967, and I love it,” he said. “Why I’m moving is my family is all in Montréal and I’m not a kid anymore, and I have brothers and one sister, and I have a lot of nephews and nieces, and I have four or five grandchildren living there. And I have six and a half great-grandchildren. So they say, “Grandpapa and Grandmama, we would prefer you to closer to us.”

In fact, Chrétien, 84, has never lived in Montréal. Outside Ottawa, where he has mainly resided since he launched his political career under then-prime minister Lester Pearson in the 1960s, his closest connection is with his summer place on Lac des Piles, near his hometown of Shawinigan, Que., where he has sometimes been photographed waterskiing. He told Wells one advantage of moving to Montréal is that he will be closer to the lake and so able to visit there more often.

And he will continue, he said, to serve as a consultant to clients of the international law firm Dentons. How long will he keep working? Chrétien said he loves it and has no immediate plans to retire. “They are still paying me, so I still have to go to work,” he said. “When they stop paying, I will stop going.”

The interview includes Chrétien’s reflections on the advantages of bringing deep and long experience, as he did, to the job of being prime minister. He also reflects on political relationships, like what started out as a tense one with former French president Jacques Chirac, but turned out much better. He even reveals how he learned that Rene Levesque was, in fact, a separatist well before Levesque split with Quebec’s Liberals. The entire interview can be viewed here: