What's behind the finance minister's notion that Canadians might make 'voluntary' contributions to the CPP? Pension expert Keith Ambachtsheer explains 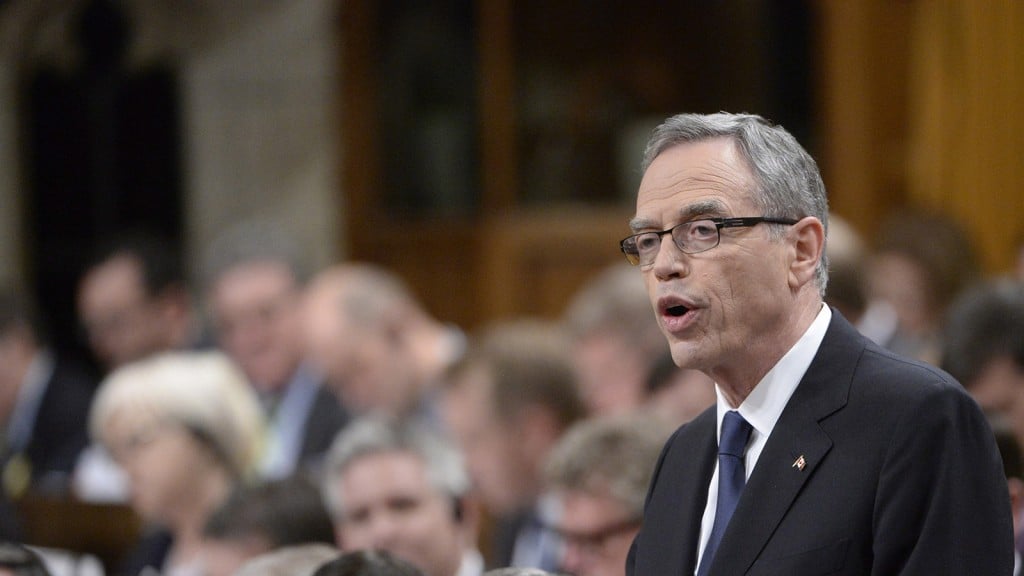 Without offering much detail about what he has in mind, Finance Minister Joe Oliver said today the government will conduct some sort of consultation process on the idea of letting Canadians boost their retirement savings by making “voluntary” contributions to the Canada Pension Plan. Keith Ambachtsheer, director of University of Toronto’s Rotman International Centre for Pension Management, spoke to Maclean’s about the idea shortly after Oliver made the bare-bones announcement.

What did you think when you heard that the finance minister is going to look into a new voluntary component to the CPP?

Well, I don’t consider myself to be an expert on politics, but this seems to me to be a very political statement. I think the CPP is a good brand, and I think some of the provinces and the opposition parties use it to their advantage when they talk about pension reform. This strikes me as a very easy way for the Conservatives to kind of get on-side with the brand without committing themselves to anything.

Is there a serious issue with pensions in Canada that needs to be addressed?

There is. It’s not here right now but it could easily evolve over the next few decades. It’s that the majority of private-sector workers do not have an employment-based pension plan. They are basically left to themselves as to how they build up a pension in addition to Old Age Security and CPP. As a result, two things happen. They get sold retail mutual funds at very high fees, which is not in their interest, or they don’t think about it until it’s too late. So I do think there’s a looming problem for middle-income, private sector workers down the road.

Is the basic problem that a large swath of the population just won’t save as much as they need to, unless there’s some savings mechanism that they really don’t need to think about?

That’s where the research is and where I am on this. Inertia is a big human issue, for all of us. And I think saving for retirement naturally falls into that bucket. Younger people, even middle-aged people, have more immediate concerns. So something that’s automatic is a good way to go.

So when the finance minister muses about a voluntary CPP, how would that differ from, say, just encouraging people to invest more in their Registered Retirement Savings Plans?

You say “CPP” rather than “RRSP,” and that rings differently. The bigger question is, What would Canadians be buying with this additional contribution to the CPP? It’s either just another way to do an RRSP, managed by the CPP Investment Board, or somehow you buy yourself an additional pension. The second route is hugely problematical. How do you turn that additional contribution into a future pension benefit?

Why would it be any different than the existing standard CPP benefit?

The current CPP is largely a pay-go plan. In other words, most of the money that is used today to pay pensions comes out of pension contributions. The CPP Investment Board is still cash-flow positive; it won’t start contributing to keeping the CPP on a level keel for another 10 years or so.

But there’s this rule we put in place as part of the CPP reform of the late 1990s that any future benefit must be fully pre-funded [out of returns on invested CPP funds]. So if you and I put a dollar extra in, what does it buy us? The biggest driver is the rate of return. Do you know what that’s going to be?

What would you do if they let you design whatever reforms you see fit?

I would do what I’m advocating that Ontario do. They took the initiative last year by saying, “We can’t get anything done nationally so we’re going to create the Ontario Retirement Pension Plan.” The best way to make a supplementary plan like that work is to make it as simple as possible, and start it off as an incremental retirement savings plan that runs at low cost. It’s generating that return and not paying too much in terms of expenses that ultimately generates the pensions.

What do you think of a system like the one they have in Britain, which automatically deducts a supplementary pension contribution, but allows an individual to opt out?

It’s brilliant. It’s absolutely the way to go. You’re really arbitraging nicely across two concepts. One is the whole inertia thing. But, two, if you really don’t want to do this, it lets you opt out. This has been operational on scale for three years now in the U.K. It’s now going and they do have this enrolment requirement with an opt-out option. What’s the opt-out rate? Eight per cent.

Is that how the Ontario plan will work?

I’m trying to persuade them, but I’m not the only voice.

There already are so many incentives to save—RRSPs, education savings plans, tax free bank accounts. Is all this prodding Canadians to think ahead succeeding or failing?

There’s an issue for the people who save and another for the people who don’t. For the people who have this inertia problem, the public policy challenge is: How can we help them do what they are going to wish they had done if only they had started in time? And then we do have a significant number of individuals, not members of employment-based pension funds, who are saving, but my concern for them is you can’t pay 2.5 per cent fees on the mutual funds in your RRSP and get anywhere near where you hope to go.