Justin Trudeau vs. the old boys

Paul Wells: There is a notion, apparently widespread, in the political alumni club that on some key issues we don't actually have a prime minister. 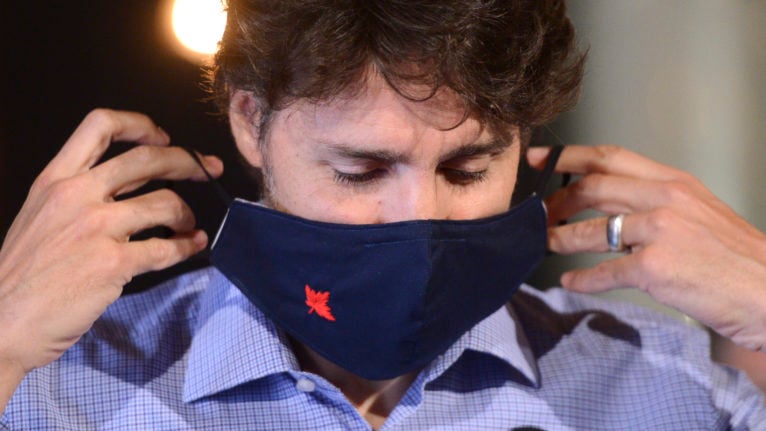 Here’s an odd thing about this interview Brian Mulroney gave the Globe the other day about Canada and China.

As interventions from foreign-policy heavyweights of a certain age go, this one was actually pretty good for Justin Trudeau. The main question at hand on the Canada-China file is whether Canada should proceed with extradition hearings for Huawei executive Meng Wanzhou, or hand her over to Beijing in return for the release of jailed Canadians Michael Kovrig and Michael Spavor.

Mulroney is Team Trudeau on this question—so much so that he says he feels bad about proposing, a year ago, that Jean Chrétien fly to China to sort things out. (Mulroney says he was amazed to learn that Chrétien would have supported a Meng-for-Michaels prisoner exchange. Did he not check his successor’s position before volunteering him for an ad hoc diplomatic mission?) Anyway, however Mulroney got to his current position on the Meng extradition, his support for Trudeau’s refusal to cut a deal puts him squarely at odds with the so-called Gang of 19 former diplomats, bureaucrats and politicians who wrote to Trudeau urging him to make the trade. One assumes Trudeau is grateful for the support.

On every other element of the Canada-China relationship, however, Mulroney perceives a leadership vacuum and a growing list of decisions to be made: on 5G mobile networks, on security in the South China Sea, and more.

Sorry for the long intro. Here’s what seems so odd to me: Mulroney doesn’t demand that Justin Trudeau make those decisions. He calls on Trudeau to find somebody else to make the decisions for him.

Here’s how the Globe article phrases it:

“Mr. Mulroney said the Prime Minister should strike a blue-ribbon panel of experts to reshape Canada’s policy toward China and study how other Western countries are re-adapting their strategies to confront an increasingly belligerent Beijing.

“’Get it done. Come up with a rethink of what our relationship should be with China. The world has changed,’ Mr. Mulroney said.

“He suggested former Canadian ambassador to China David Mulroney should head this panel.”

David Mulroney isn’t related to Brian Mulroney, I should add, and I don’t think the two men know each other well. It’s just that David Mulroney is a notorious China hawk among the otherwise generally dovish ranks of former foreign service officers.

What’s striking is a former prime minister suggesting that a current prime minister farm out his judgment on what is, with the Trump White House, one of the two biggest global headaches facing Canada right now. What’s even more striking is that this wasn’t the first time a retired pol has made such a suggestion lately.

READ MORE: Inside the Canadian establishment’s fight with Trudeau over China

After Trudeau’s five-year campaign for a United Nations Security Council seat ended in a majestic face-plant, Allan Rock and Sergio Marchi wrote a piece for Policy Options considering how Canada could pick up the pieces. Rock and Marchi were ministers, of perhaps not equal prominence, in Jean Chrétien’s Liberal governments 20-odd years ago. Their advice is strikingly similar to Mulroney’s:

Let’s regroup, conduct a frank assessment of our place in the world, and address whatever frailties we find in Canada’s policies and practices. And in that regard, we have four recommendations.

First, let’s adopt a Canadian foreign policy that is contemporary, cogent and coherent. We’re long overdue for a thorough re-examination of our global priorities and how best to promote them.

In our view, this task should not be left to the PMO, to PCO, or to senior officials. It need not be farmed out to experts outside government. We suggest that it be assigned to an all-party Parliamentary committee, of both the House of Commons and the Senate, created for the purpose.

Marchi and Rock are not elbows-out political fighters with a long history of lobbing political insults. They were conspicuously gentle souls in government and have commented only occasionally on politics since leaving office. Yet here they are declaring that frank assessments on the road to a coherent policy “should not” be left to Trudeau’s office or anyone who might have access to it. The mechanism they do suggest, an all-party Parliamentary committee, is frankly unlikely to produce anything coherent either. But I’m stuck on this notion, apparently widespread in the political alumni club, that Justin Trudeau must be kept away from the serious files.

By comparison with Mulroney, Rock and Marchi, the Gang of 19 is relatively gentle. Their letter to the Prime Minister is, in fact, a letter to the Prime Minister, and the 19 make it clear they want Trudeau to make decisions rather than outsourcing them. So the letter is not a de facto challenge to Trudeau’s leadership. It does, however, urge Trudeau to swallow himself whole—to abandon “the current, unwise course.” Trudeau’s course. And the 19 join Mulroney, Marchi and Rock, not in sharing a recommended path, but in finding Canada currently pathless. The corner into which the Prime Minister has painted himself leaves his foreign policy “hostage” and “hobbled,” the 19 write.

This is a lot of people who used to hold fancy titles who find themselves agreeing—well, on what? Either that there’s a power vacuum at the top of Canada’s government, or that there isn’t a vacuum but that a vacuum might be better than what we do have.

(By the way, it’s also striking that none of these petitioners has any interest in leaving ministers of the Crown to do their job. Mulroney, Marchi and Rock nowhere mention Canada’s current foreign minister or its once-decorated deputy prime minister, whose name escapes. The Gang of 19 doesn’t even pause to pretend that the justice minister is in charge of the justice minister’s prerogative on extradition cases.)

Not that any of these critics is necessarily right, mind you. I’ve been more consistently critical of Trudeau since shortly before the SNC-Lavalin mess began than I had been in his first two years in office. (For what it’s worth, I consider this piece, on executive federalism of all topics, to have marked the formal opening of hostilities.) But it’s hardly obvious that, just because Sergio Marchi wants Justin Trudeau to stop making decisions, that Marchi is right and Trudeau stands condemned. What strikes me is the perception these letters and interviews reveal: that on important issues, we don’t really have a prime minister.

That perception is hardly new. It’s pretty common among old Liberal hands to hear casual dismissal of the Trudeau crew, dismissal that could certainly be written off as sour grapes or curdled nostalgia. “It’s half of a very good budget!” one Chrétien-era PMO hand told me after Bill Morneau’s 2019 budget. “Sure, they did neglect to consider the economy…”

I also think this perception is behind the vexed tone in some of the interviews Allan Rock gave when he joined the Gang of 19 to push for a Meng-for-Michaels exchange. Rock told the Globe that Canada needs “a full debate based on a legitimate foundation of facts, rather than an incantation of rubrics, like ‘rule of law’ and the ‘independence of the courts’ and the ‘sanctity of the judiciary.’” Shorn of its trademark Allan Rock High English (“incantation of rubrics”), this is a complaint you hear all the time from people who might otherwise be expected to be this government’s natural allies: that it never shows up for a conversation. That it consults but doesn’t listen. That it has talking points, not thoughts.

In a lot of ways, this has been a good year for Justin Trudeau politically. From the immediate reaction to the destruction of UIA Flight 752 in January, to the peaceful end of rail blockades by protesters declaring solidarity with Indigenous nations in February, to the milder COVID-19 toll in Canada than in the U.S., the Prime Minister has spent half a year skating a step ahead of catastrophe. His daily Rideau Cottage briefings have given him a daily opportunity to set the terms of political debate, in a photogenic setting, without partisan opposition.

And yet he spent June hearing from people who don’t think he has it in him to make decisions, or who wish he would pull a 180 on decisions he’s made. It’s odd.