Paul Wells: A region of considerable Liberal strength in 2015 has become a region of Liberal woe today, and 'Team Trudeau' is taking notice 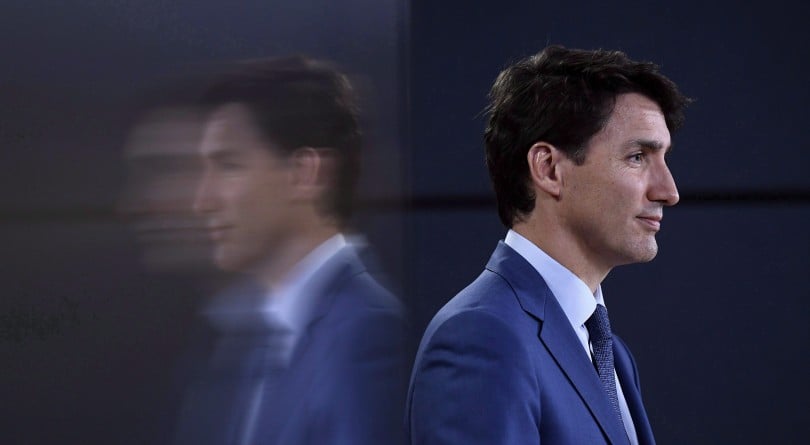 Prime Minister Justin Trudeau is reflected in a TV screen as he speaks at a press conference in Ottawa on June 20, 2018. (THE CANADIAN PRESS/Justin Tang)

A Liberal of my acquaintance phoned to make sure I hadn’t missed the notification for Navdeep Bains’s nomination meeting as the party’s Mississauga-Malton candidate in the 2019 election. Bains will be acclaimed, like most incumbent MPs. He’s been a force in political organizing in the Brampton and Mississauga area for more than a decade. All five Brampton Liberal MPs, freshly elected in 2015, are former protégés of Bains, as are several in neighbouring ridings (his own begins at Brampton’s south end).

Anyway this will be a big event, with many hundreds of supporters present. “A bit of a show of force,” I was told. And Justin Trudeau will be there. There are reasons for this.

It’s true that a Liberal wave in 2015 swept Bains back to office, after four years out of Parliament, and brought a handful of bright Bains students into Ottawa with him. Most of the region had been Conservative from 2011-15. The 905 belt around Toronto is where a Conservative majority became a Liberal majority.

But that wasn’t the most recent wave. This month, in the Ontario provincial election, a bunch of Liberal candidates lost—to New Democrats, mainly, in Brampton, and to Conservatives around it. The orange patch is where Jagmeet Singh’s old Bramalea—Gore—Malton riding split into four new ridings. Three went NDP, including Brampton East, now held by Singh’s brother Gurratan. In all four ridings, and several others in the area, the Liberal candidate came third (or even fourth).

So a region of considerable Liberal strength in 2015 became a region of Liberal woe in 2018. I know what you’re saying: apples and oranges. Party fortunes don’t simply transfer from provincial to federal politics. Jean Chrétien and Mike Harris both swept Ontario in the ’90s, and a million Ontarians voted in quick-ish succession for both Stephen Harper’s federal Conservatives in 2011 and for Kathleen Wynne’s provincial Liberals in 2014.

READ MORE: Jagmeet Singh has a lot of work to do

But federal party support in Ontario seems to have been strongly influenced by the provincial campaign. Nanos tracking shows the Trudeau Liberals down 11 points, and Singh’s NDP up 14, since mid-April. That’s the highest support Nanos has found for the NDP in Ontario, and the lowest for the Liberals, than in any week since the 2015 election.

That still leaves the Liberals six points up, at 32 per cent to 26 per cent for the NDP—but since Andrew Scheer’s Conservatives are chugging along even higher, at 36 per cent, it’s hard for the Liberals to take much comfort. Especially because, if there’s a corner of Ontario where the NDP should expect to show local strength next year, it’s probably Jagmeet Singh’s backyard, assuming he’s still the NDP leader by then.

So in the ridings around Bains’s event tomorrow, steady Conservative support, a soft Liberal vote and the potential for a strong NDP to at least split non-Conservative votes, would make the outcome unpredictable and worrisome for the Liberals in 2019. Maybe those splits would work out OK! Maybe they wouldn’t.

There’s plenty of room for all of these trends to change, well before the 2019 election. Trudeau seems disinclined to wait before trying to change them. The Facebook announcement for Bains’s nomination meeting calls it a “Team Trudeau” event; the Liberal party shows up only as a red-logo L. The Liberals still view their leader as their strongest asset. Expect him to travel a lot this summer, to shore up a re-election effort that now seems neither comfortably distant nor like a walk in the park.