From free-falling oil to terrorism, the Liberal government has already had its share of woes 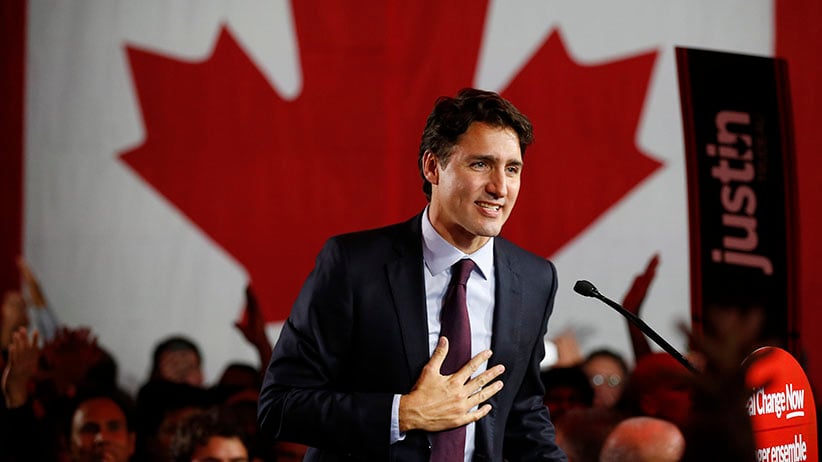 There have been times, as the Justin Trudeau era in Canadian politics approaches its 100th day, that the new Prime Minister has resembled Wile E. Coyote in the old Warner Brothers cartoons: two metres out from the edge of a cliff, eyes locked on a tantalizing prize just out of reach, suspended in mid-air, managing somehow not to falagl. Not yet.

That wee milestone, by the way, falls on Wednesday, Jan. 27: One hundred days since Trudeau’s Liberals won 184 seats in the election of Oct. 19, 2015, a victory that gave the Liberals a solid majority in the House of Commons. (If you count, instead, from the sunny November day when Trudeau and his cabinet strode up the highway to Rideau Hall to swear in the new government, then the 100-day mark won’t come until Feb. 12. But already some patterns have been set, so why wait?)

Like the cartoon coyote, Trudeau has had some luck defying gravity. He has so far had to face the House of Commons only briefly and without sustaining serious damage. Reviews by overseas observers of his early forays into international summitry have been good. Poll support for the Liberals is strong: 17 points ahead of the second-place Conservatives in a nationwide Nanos poll Jan. 14; 30 points up on the second-place NDP in a CROP poll of Quebecers.

But there is trouble all around. Canadian CF-18 fighters are in near-daily bombing runs against Islamic State targets in Iraq and Syria, even though Trudeau has said they should not be there. The Alberta economy is in its worst shape in a generation, dragging the value of the loonie and much of Canada’s economic health down with it. Trade deals and pipeline projects are causing conflict among people who would otherwise be natural Trudeau allies, like Ontario Premier Kathleen Wynne, who supports the Energy East project, and Montreal Mayor Denis Coderre, who wants it stopped.

In Trudeau’s entourage, there is relief at a decent start, and the certainty that their luck won’t hold out forever.

“I think we underestimated the reserve of pent-up animosity, frustration, whatever you want to call it, with Mr. [Stephen] Harper,” one senior cabinet minister said, speaking on condition of anonymity. “The tonal change alone has generated a lot of goodwill. You walk through the front door, if you’re the PM, instead of sneaking in the back. You come down the stairs, say hello to people. It won’t be eternal, it won’t work miracles, but people appreciate the difference.”

Events both planned and surprising last week showed the busy pace Trudeau continues to set for himself—and some of the storm clouds gathering around the government. At a [UPDATE: The resort has not been a Fairmont property since 2012. Sorry for my mistake – pw] resort hotel in St. Andrews, N.B., Trudeau’s young and largely inexperienced cabinet wrapped up a three-day retreat devoted entirely to professional development. Sir Michael Barber, an international management consultant who served as chief adviser on delivery to former U.K. prime minister Tony Blair, led three days of seminars on “deliverology,” his term for a set of mechanisms designed to ensure that governments actually meet the goals they set for themselves.

Governments often frustrate their own supporters by talking about change without delivering any. Trudeau is determined not to do that. The St. Andrews retreat was boot camp.

On the first evening, Barber described his philosophy of government in general terms. The next day was devoted to workshops on three actual Trudeau priorities: greenhouse-gas reduction, infrastructure funding, and the celebrations surrounding the 150th anniversary of Confederation in 2017. Sitting at tables of five or six, ministers brainstormed objectives they wanted to reach in each area, mechanisms for reaching those goals, and ways to measure progress or the lack of it. On the third day, Barber discussed how ministers could incorporate these techniques into their own office and ministries.

But during a break from the brainstorming on Monday, Trudeau was reminded that the world doesn’t always wait for plans. Six Quebecers had been murdered in Burkina Faso by al-Qaeda terrorists. Trudeau telephoned their families, a day later than Quebec Premier Philippe Couillard had done. When the Prime Minister called Yves Richard, whose wife Maude Carrier was one of the victims, the conversation took a nasty turn. Speaking later to a radio host, Richard dismissed Trudeau’s condolences as “political babble” and bragged, “I hung up in his face, and it felt good.”

The next day Trudeau and a half-dozen cabinet ministers departed for the World Economic Forum in Davos. There would be beer and selfies with Bono and Kevin Spacey, and more staid meetings with top executives from Royal Dutch Shell, Microsoft, General Motors and Facebook. Did Jens Stoltenberg, the secretary general of NATO, give him the gears over threatening to pull those fighters out of Syria? Not the way Stoltenberg tells it. “Great meeting @JustinTrudeau,” he wrote on Twitter. “So many issues that we agree on, from security to the vital role of men as feminists.” 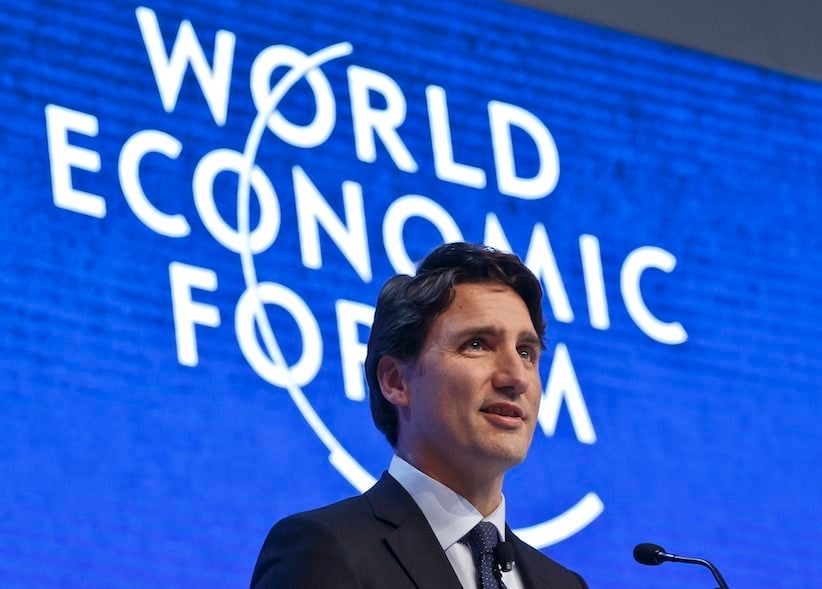 While he was in Davos, Trudeau announced by news release that he was replacing his clerk of the Privy Council, the top civil servant in the bureaucracy. Janice Charette, who had held the job for barely 15 months, was out, without warning. Michael Wernick, a former deputy minister of Aboriginal affairs who had never met Trudeau before last Oct. 19, was the new guy. Wernick had some advance notice, sources say, but not a lot: he rushed off to attend the cabinet retreat in New Brunswick with the PM at the last minute.

Is Wernick a placeholder while some handpicked successor is groomed? Maybe. Any clerk serves at the boss’s pleasure. Matthew Mendelsohn, a former provincial deputy minister from Ontario who is well-liked by the Trudeau crew, has moved to Ottawa to take up the “deliverology” role in the civil service that Michael Barber pioneered in the U.K. Some observers suspect he’ll be Trudeau’s real right hand when he’s ready. In the meantime, Wernick’s role has not been limited in time or scope. He has a mandate from the PM to make any changes he deems necessary as the bureaucracy revs into overdrive after a decade of uneasy doldrums under the Harper Conservatives.

The abrupt switch from Charette to Wernick has put noses out of joint among Parliament Hill lifers who are certain they know the proper form in such matters. In this, it resembles Trudeau’s astonishing decision, almost exactly two years earlier, to expel every senator from the Liberal caucus. Then as now, the people directly affected were not told of his plan until he executed it. This is a Prime Minister who can deliver surprising change quickly, at least within a kilometre of the Peace Tower.

He will soon need to expand his blast radius. “So far we’ve basically been implementing fairly non-controversial parts of our platform,” the senior cabinet minister said. “There’s been no internal debate.” But politics will come crashing back, “and the budget will probably be the cold shower.”

The big problem is the utter—and apparently sustained—collapse of resource revenues. Its effects are felt in Newfoundland and Labrador and in Saskatchewan, but its epicentre is Alberta. Trudeau sent Gerald Butts, his principal secretary and most trusted factotum, to Calgary and Edmonton two weeks ago to gauge the scale of the damage. Butts met with senior oil and gas executives. He visited Alberta Premier Rachel Notley’s chief of staff, Brian Topp, and the province’s top bureaucrat, Richard Dicerni. And he met with social service agencies, including the YWCA, to estimate the human cost of layoffs that already outnumber the worst of the job losses after the 2008 market crash.

Related reading: Life at $20 a barrel 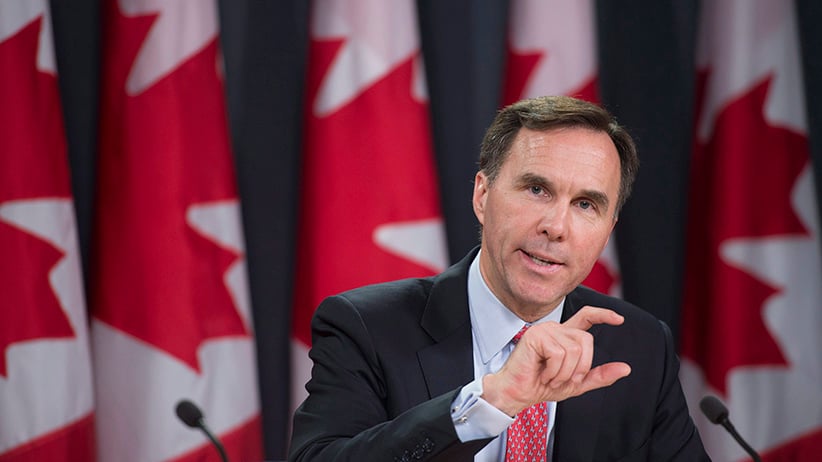 Trudeau’s Finance Minister Bill Morneau was also in Alberta at the same time, harvesting an impressive number of bad reviews in the opinion columns of Edmonton and Calgary newspapers for public comments that said nearly nothing about a federal plan to address the calamity in Alberta. But Morneau is new to politics, and one would be wise to put more stock in his presence than his remarks. The March budget is quickly turning into a massive first-aid kit for Canada’s resource-producing regions.

“We’ve got to come up with an infrastructure policy that’s a vote of confidence in the future of the Alberta economy,” one Trudeau adviser said. “All budgets are tricky communications exercises. But in this case we’ve got to communicate the opportunity that’s available to us and the confidence we have in the future of the economy—while responding to a very grave situation in commodity-producing provinces.”

To tee up the budget, Trudeau and several ministers will transform a little-noticed West Coast clean-technology conference into a domestic sequel to Davos. The Globe Series conferences, devoted to environmentally friendly businesses, have been happening in Vancouver every two years for a quarter-century. The Harper government came close to ignoring them. Trudeau, Environment Minister Catherine McKenna, and Innovation Minister Navdeep Bains will head a large federal delegation at this year’s Globe Series conference March 2-4. Several sources say Trudeau will also host a first ministers meeting in Vancouver during the conference. The goal is to showcase government initiatives in innovation and the environment, and frankly to rely on a lot of visiting global talent to help determine what those initiatives should be.

Beyond that, Trudeau is considering a Team Canada trade mission to China and India, an echo of his predecessor Jean Chrétien’s frequent trips to both destinations, and a sign of renewed focus on emerging markets.

And he will keep working through the ramifications of decisions he has already made. Kicking all those senators out of the Liberal caucus means there is no government representative in Parliament’s upper house. The Liberals have offered to send a cabinet minister from the House of Commons into the Senate, once a week, to take questions from senators on government policy. It’s procedurally tricky—the Senate would have to sit as a “committee of the whole” to welcome this outsider in their midst—but such hurdles will very soon be the least of Trudeau’s problems. 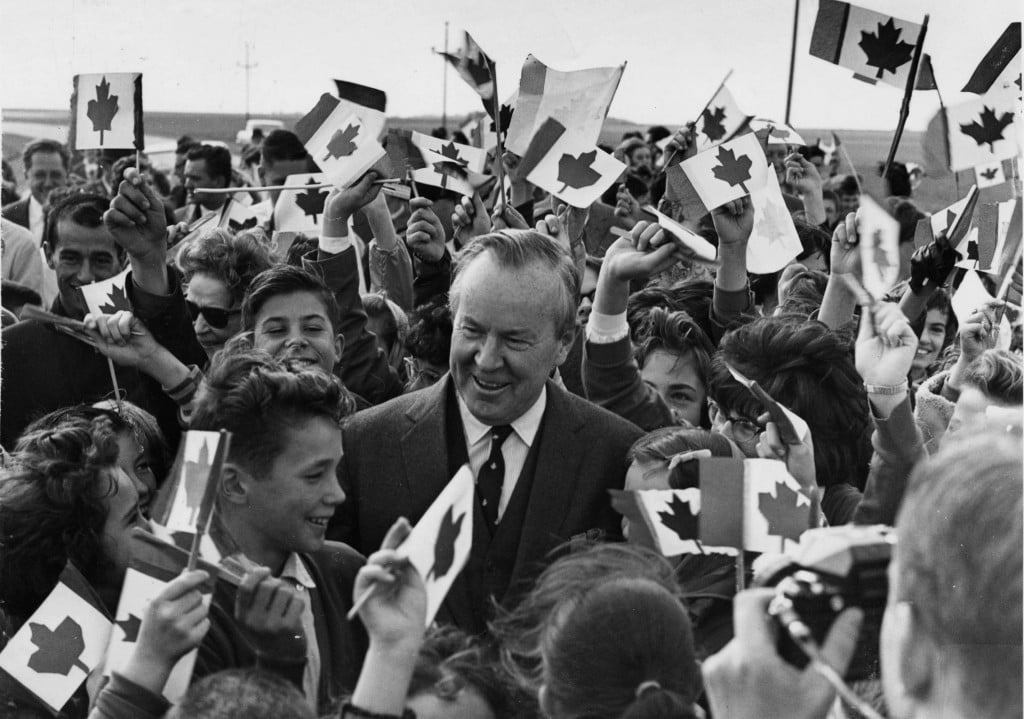 The practice of counting out from election day to an arbitrary deadline was invented, and immediately doomed, by advisers to Lester Pearson when he led the Liberal opposition in 1963. Pearson’s opponent, the Progressive Conservative Prime Minister John Diefenbaker, had earned a reputation as a ditherer, especially on whether Canada should arm with nuclear warheads in the depths of the Cold War.

Somebody suggested Pearson promise “sixty days of decision.” He did, and he won.

Pearson’s problem was that he was not much better at deciding things than Diefenbaker was, and his sixty days were a mess. On the 59th day his finance minister, Walter Gordon, submitted his resignation. (Pearson declined to accept it.)

In his memoirs, Pearson recounts that a year after his sixty days were up, he welcomed the British prime minister, Harold Wilson, for lunch at 24 Sussex Drive. The big fancy promises had only gotten him in trouble, Pearson lamented. Wilson “disagreed,” Pearson wrote.

“He pointed out that you can make no decisions unless you are the government and that it was, as he saw it, our unqualified, confident stand that won the election for us. Present difficulties, he asserted, were a small price to pay.”

Trudeau resisted the urge to put any timeline on his promises. As the trouble gets deeper and the headaches pile up, he will perhaps console himself with Wilson’s advice to Pearson: Win first. Worry later. This young Prime Minister has hundreds of days to worry ahead of him.