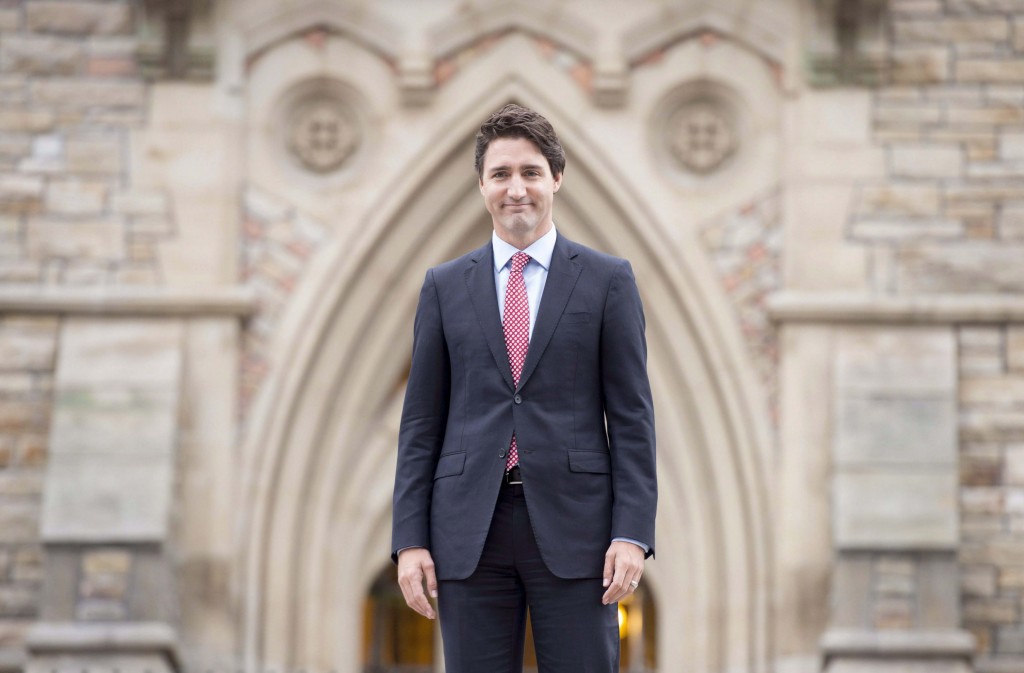 Justin Trudeau is looking for a few hundred good men, and women. Canada’s incoming prime minister unveiled a new website this past weekend—www.transition2015.ca—aimed at filling political staffer positions in Ottawa and the ridings for 184 incoming Liberal MPs and cabinet ministers.

“To deliver on my promise of real change, I need Canadians who believe in our plan and believe in our team standing shoulder-to-shoulder with me. I need your creativity. Your ideas. Your energy. Your leadership,” reads the brief, signed introduction in English and French, running underneath a photo of a suit-and-tied Trudeau with an office phone pressed to his ear. “Together, we can build this country into something extraordinary, because this is Canada. And in Canada…better is always possible.” (The bold emphasis is the new government’s.)

The site went live on Friday night, promoted by tweets from Trudeau and his senior political adviser Gerald Butts, along with an email blast to party supporters. There’s a short form for job seekers to fill out with basic contact information, languages spoken, and areas of career interest like “communication,” “policy,” “stakeholder engagement,” and “senior management.” Candidates are invited to attach a cover letter and resumé (“2 pages max”). There are also spaces for a LinkedIn profile address and, last—but certainly not least—a box to highlight, tersely and ungrammatically, your party connections: “Someone refer you? If so, who?”

Liberal spokesman Olivier Duchesneau says that the response has been overwhelming—3,000 applications within the first 12 hours, and 7,000 more by Monday afternoon, with a diverse mix of ages and backgrounds and every province and territory represented. So far, 1,500 people have indicated they speak both official languages, and 1,500 more boast a third or even fourth tongue. “The party wants to be more open,” said Duchesneau. “The goal is to find the best qualified, motivated and hard-working people across the country.” He wouldn’t discuss who exactly will be doing the hiring, but promised that every resumé will be reviewed and that all applicants will eventually receive a response. The exact number of positions available won’t be clear until the new, pared-down cabinet is named on Wednesday.

The website seems to be a new ploy for an incoming federal government, if not exactly groundbreaking. Back in 2008, after Barack Obama’s first landslide victory, the President-elect set up an elaborate transition website at change.gov, which included a way to apply for jobs along with blogs, news releases, and ways to interact with his policy working group and review teams.

David Zussman, who chaired transition efforts for Jean Chrétien in 1993 and ’97, thinks the website is a smart move. “It reflects the times,” he says. “It’s a very modern way to deal with all those resumés.” In 1993, recalls Zussman, the new Liberal government received more than 3,000 of them, and the triage and review was a painstaking and time-consuming process. Zussman, now the Jarislowsky Chair in public sector management at the University of Ottawa, admits that there is an element of public relations to the website. “I think part of it is to show some openness and that it’s not a closed shop,” he says. But contrary to what people may think, many of those jobs will end up going to campaign outsiders. “A new government will be looking for a very different set of skills than electioneering,” he says.

Bringing fresh blood into Ottawa will be both a virtue and a necessity. After close to a decade in the political wilds—most recently as the third party—the Liberals simply don’t have that many insiders left to satisfy.